Spring Sports at the U 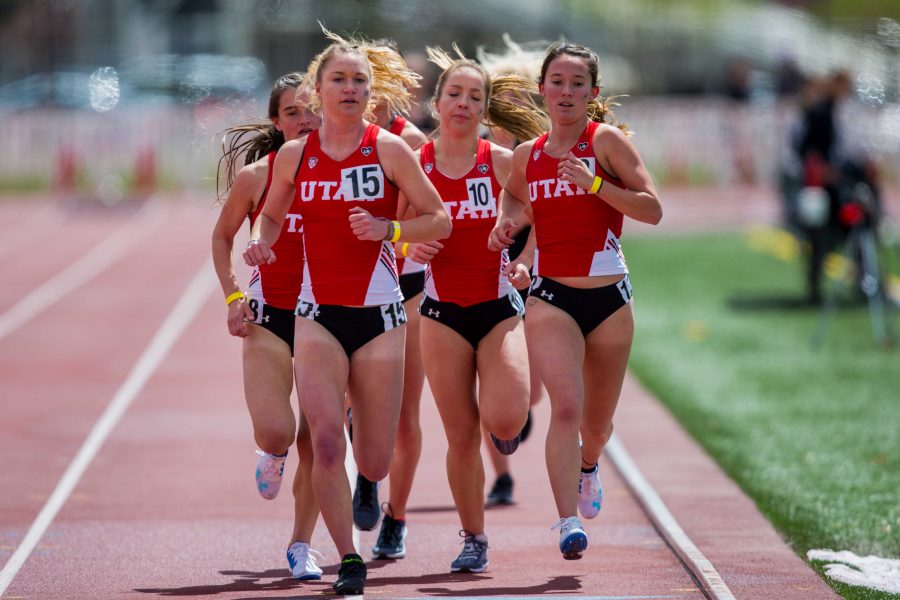 After a thrilling and competitive fall season, the spring sports at the University of Utah came in strong and wrapped up the school year on a high note. Nine sports finished their seasons in the new year following a strong winter in which the Utah ski team won the NCAA Championship and both the men’s and women’s basketball teams reached the Pac-12 tournament in Las Vegas.

The Red Rocks had another very successful season, coming in second place in the Pac-12 with a 5-1 conference record and an 8-2 overall record.

Despite an unfortunate end to the season, this was a record-breaking year for the Utes as they scored a 197 or higher in all but two meets. The year ended with Utah’s junior star Mykayla Skinner announcing her intent to pursue a spot on the 2020 Olympic team. Co-head coach Megan Marsden also announced her retirement at the end of the season.

Women’s tennis had a successful season, and they were ranked 38th in the country for three weeks in a row. They ended their season with a 13-10 overall record and a 3-7 conference record. In Pac-12 play, the Utes were victorious over Colorado and Oregon.

At the end of the season, senior Brianna Chisholm found herself on the Pac-12 All-Conference honorable mention squad. Chisholm ended the season with nine wins in singles play and 10 wins in doubles.

The Utah beach volleyball team had a successful season, going 5-9 overall and 0-2 in conference play. Their third season was the best the team has looked since they joined the Pac-12.

The Utes went to the Pac-12 beach volleyball tournament but lost both matches. Although their second game against Washington was hard fought, they were able to win only one out of three sets.

The top-scoring pairs for the year were Dani Drews and Tawnee Luafalemana and Kenzie Koerber and Megan Yett with 7-7 overall records.

In their inaugural season, the Utah lacrosse team came out with an overall record of 5-10. The Utes went 3-3 at home and 1-7 on the road. In their final game of the year, Utah took down Detroit Mercy 16-10. The win came at the end of seven straight losses.

Josh Stout led the team with 43 goals, and was a key player in many of Utah’s games. The first Ute to be nationally honored was James Sexton, who was named to the USILA Team of the Week for scoring 13 points in one game, the most for any player in the nation. Sexton led the team with 49 points and 25 assists.

The Utah men’s tennis team finished their season with an overall record of 17-12 and a 2-6 conference record. The team went 1-1 in the Pac-12 championship, but fell to Baylor in the NCAA tournament. At the end of the 2019 season, two players on the team were named to the Pac-12 All-Conference teams.

Senior Dan Little was named to the Pac-12 second team. This was his third time receiving a Pac-12 honor. Little is ranked 45th nationally as a singles player. He went 4-2 in conference play, and is 6-2 against nationally ranked opponents.

David Micevski, also a senior, was named to the honorable mention team after a successful season where he went 13-4 in dual play. Micevski was ranked 85th nationally at the end of the season.

Utah softball ended a rough season with a 19-35 overall record, going 7-17 in Pac-12 play and landing in the seventh spot in the Pac-12. Although the team had some crucial wins, they were unable to come up with what they needed. The Utes saw no post-season play this year.

At the end of the season, three athletes were honored by the Pac-12. Julia Noskin was named to the Pac-12 All-Conference Third Team. Alyssa Barrera and Ally Dickman were both placed on the All-Conference Second Team. This was Barrera’s second all-conference honor.

Barrera was is ranked fourth nationally with seven triples, a .385 batting average and 57 hits. Dickman tied for the most home runs on the team with eight. She also had a .635 slugging percentage.

The Utah golf team ended their season at the Pac-12 Championships where they tied for fifth place. On the individual side, senior Kyler Dunkle finished in second place.

This was the fourth time this season that Dunkle has ended in the top five. He is in second place in Utah history with 10 top-10 finishes, tied with head coach Garrett Clegg.

Sophomore Tristan Mandur tied for 16th place at the tournament, and this was his fourth top-20 finish on the season.