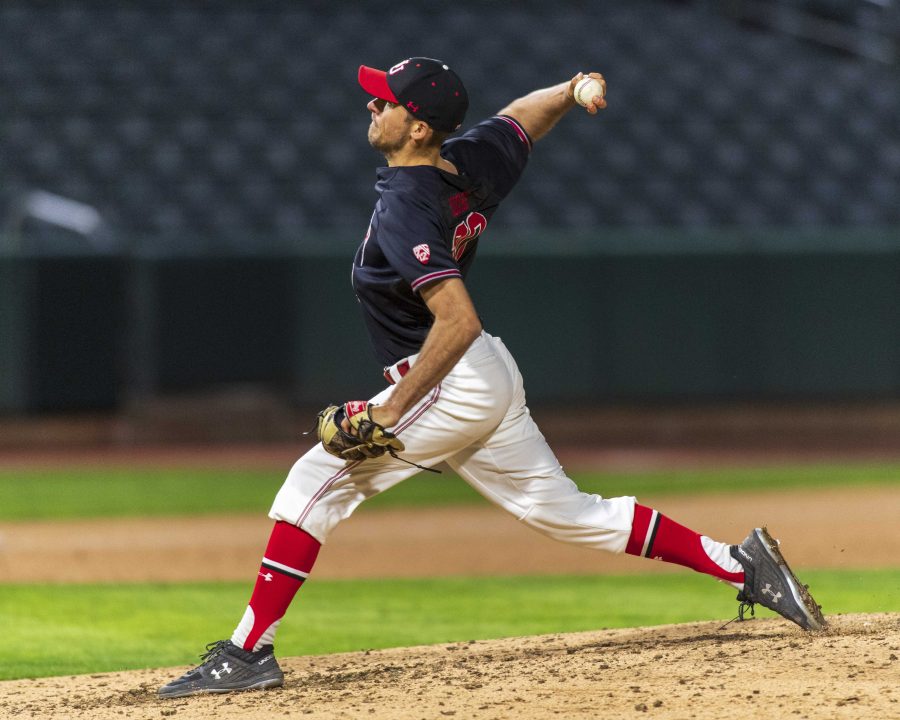 The University of Utah baseball team was finally able to snap an 11-game losing streak in their final conference series against Washington State. A cool, drizzly weekend set the scene for the matchup between the Utes and the Cougars.

A three-run blast late in Game 1 was the final ingredient in snapping a losing streak dating back to April. The win on Thursday notches Utah’s 13th victory of the season, their first victory since Arizona State.

Chase Fernlund started things off for the Utes, singling to center field to put Utah up 2-0 in the first. Washington State would tie the game a half inning later before Rykker Tom’s double would put Utah ahead once again.

The Cougars took a 4-3 lead in the sixth but couldn’t hold on. Briley Knight hit his second career home run on a blast to right field, which sealed Utah’s victory 6-4.

Oliver Dunn would lead the Utes offense going 3-4 at the plate, while Knight’s 3 RBI would also lead the Utes. David Watson started the game going 5.1 innings, before Nick Caviglia and Zac McCleve came in for relief.

Austin Moore pitched a gem in Game 2, going five innings while only allowing two hits in Utah’s second win of the series.

An early lead by the Cougars would be diminished in the seventh inning. Three hits would be all Utah would need to score two runs. A Chandler Anderson sacrifice fly would push across the first for the Utes, knotting the game at one. Matt Richardson would single one batter later to drive in the second, putting the Utes on top 2-1.

Joshua Tedeschi, Moore and McCleve would combine for six strikeouts on the day while only giving up five hits. Tom’s two hits alongside Anderson and Richardson’s one RBI would lead the way for the Utes offensively.

The Utes and Cougars finished the weekend series on Saturday with Washington State winning the game 8-4.

Down 1-0 in the bottom of the first, Shea Kramer doubled, scoring Erick Migueles from second base. The Cougars added two more runs in the second and third innings to take a 3-1 advantage. Dunn singled in the fifth to score Anderson to begin to chip away at WSU’s lead.

Two triples in a row extended WSU’s lead, before Dunn and Migueles’ back to back triples tied the game in the seventh. The Cougars took the lead back scoring four runs in the final two innings.

After the game, Migueles said, “I felt like the whole team swung the bat well, we got some good hits, but we just fell short.”

Coach Kinneberg also chimed in when he said, “We got the job done on Thursday and Friday, and today we had a chance and just didn’t hold them. Overall we made it through and won the series, we just have to learn to finish it off in the third game.”

The Utes will have one final series at home against the UC Davis Aggies. Games will be played on Thursday and Friday at 6 p.m., and they will play Saturday at 11:30 a.m. Each matchup can be seen on Utah’s live stream which can be found on utahutes.com.