Utah’s Season Will Wrap Up Against UC Davis 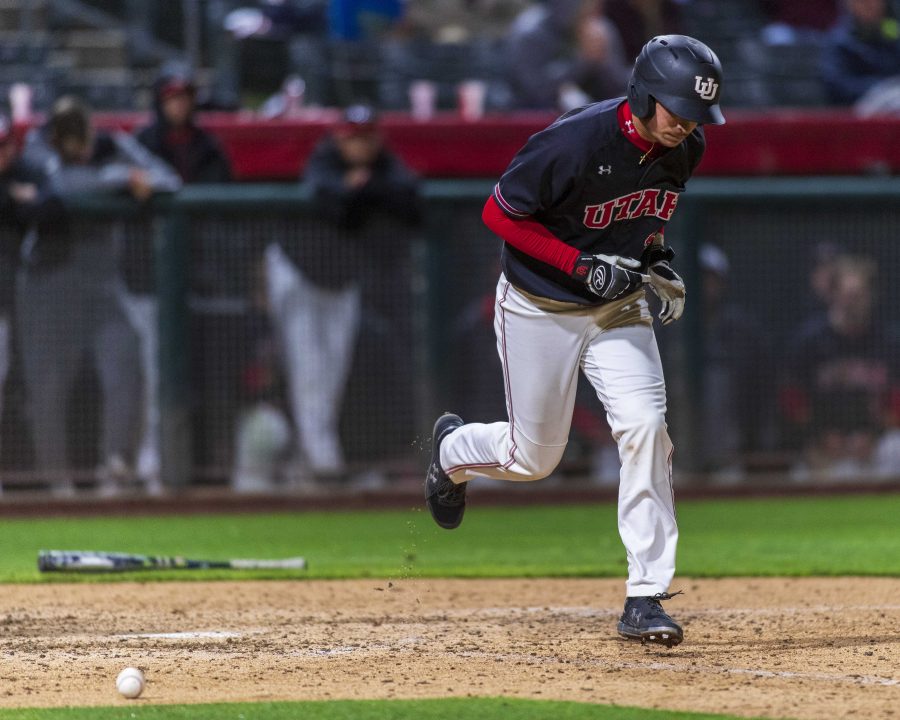 The University of Utah baseball team will take on the UC Davis Aggies this weekend at Smith’s Ballpark. The last time these two teams met in 2013, the Utes won the series 3-1. Utah and UC Davis have matched up nineteen times throughout history, all played in California. Overall, the Aggies lead the head-to-head 11-8. So far this season, UC Davis is 19-29 (9-15) while the Utes are 14-33 (6-24).

UC Davis has never made it to the College World Series, they have only made the NCAA Tournament once in school history. In 2008, the Aggies were one of four Big West schools selected to the tournament. In the Stanford Regional, fourth seeded UC Davis went 1-2 with a game one upset victory over host Stanford. The Aggies would go on to lose to Pepperdine in game two, and Stanford in game three to be eliminated.

Tanner Murray had a great freshman season last year earning the Big West Freshman Field Player of the Year, All Big West Conference Second Team and was also named to Collegiate Baseball’s Freshman All-American Team.  This season, Murray is batting .388 starting in every game for the Aggies. He currently leads the team in batting average (.388), slugging percentage (.520), runs scored (36), RBI (31), doubles (16), triples (4), total bases (98) and hits (71). Look for him to be solid defensively. Murray doesn’t make a lot of mistakes in the field, as he takes good routes to the ball and fields cleanly out in front of him. Fundamentally, Murray is one of the most sound on UC Davis’s team.

Garret Kelly is the power hitter that the Aggies rely on to get runs on the board. Kelly leads the team in home runs (7), stolen bases (13) and sacrifice bunts (7). The outfielder is also sure-handed defensively with no error yet this season. He has recorded 132 putouts on the year and has a rare 1.000 fielding percentage.

Brett Erwin has started in twelve games this season and will more than likely get his thirteenth against the Utes this weekend. Erwin is currently riding a 3.66 ERA and a 5-5 record. Last season, Erwin appeared in 20 games out of the bullpen and has moved into more of a starting role this year.

Matt Vaughn is finishing up his eighth season as head coach of UC Davis. Before becoming the tenth head baseball coach in school history, he was an assistant for the Aggies helping lead them to two Division II College World Series appearances in 1995 and 2003. Three players that Vaughn coached have made it to Major League rosters after leaving UC Davis. Among these is Daniel Descalso who was a part of the 2011 World Series St. Louis Cardinals team. Vaughn was also on the coaching staff for the 1994 Great Britain National Team.

UC Davis has played against two other Pac-12 teams this season. The Aggies were swept by Arizona State early on, before taking down the previously #2 Stanford Cardinal 8-6 in mid-April.

The Utes are coming off of their second conference series win of the season going 2-1 against Washington State. Utah’s bullpen showed lots of promise this past weekend giving up no runs in the first two games. Currently, the Utes are in tenth place in the Pac-12 with a 14-33 (6-24) record.

Oliver Dunn continues to be a major threat at the plate leading the team in batting average (.362), walks (30), slugging percentage (.559), runs scored (43), hits (68), stolen bases (9), doubles (20) and triples (4). Dunn has consistently batted at the top of the lineup and has made a name for himself as one of the most consistent batters in Utah’s order.

Erick Migueles is the dangerous middle of the lineup power hitter that has a violent swing. Migueles currently leads the team in home runs (7), RBI (40) and sacrifice flies (4). Last weekend, Migueles went 2-13 at the plate with one walk, two RBI and two runs scored. Migueles will be one of Utah’s seniors recognized this weekend.

Joshua Tedeschi is one of the few Utah pitchers to stay healthy throughout the 2019 season. He is currently leading the team in ERA (5.73), wins (5), strikeouts (49) and innings pitched (77). Tedeschi is currently 5-5 on the season in his 13 starts.

Utah won’t have a lot of turnover next season, as they only had six seniors on this year’s team. This season, we have seen up to six freshmen on the field at one time due to injuries to other players. This gives the younger classmen experience setting up nicely for upcoming seasons for Utah baseball.

Utah and UC Davis will battle against one another in each team’s final series of 2019. The Utes and the Aggies will play on Friday at 6 p.m. and Saturday at 11:30 a.m. These games will be available on Utah’s Live Stream which can be found on utahutes.com. Senior Night will take place at Smith’s Ballpark on Friday before game one’s matchup.