A Look Back at the 2019 Softball Season 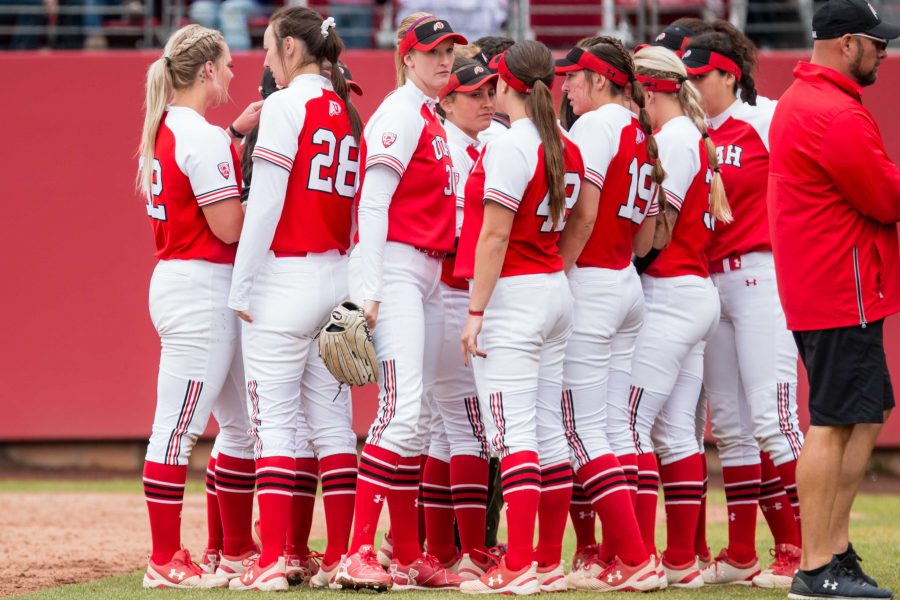 Here at the University of Utah, few sports continue on after graduation day. One group of athletes that are required to finish out their season on campus is the softball team. Regular season games can continue weeks after the last day of classes.

This year, the team finished up their season the weekend after graduation with a three-game series on the road against Oregon State. Although the Utes lost the series, it was still an exciting weekend.

The team ended the year with an overall record of 19-35 and a conference record of 7-17. They ended in seventh place in the Pac-12, ahead of both California and Oregon.

Throughout the season, Utah came away with only two series wins. Their first one, at the beginning of the season in their first conference matchup against Cal.

This was the first home series for the Utes, and they came away with two wins in a row. Utah took the first game with a 5-4 win. The next day they beat the Golden Bears 7-3.

The Beginning of the Season

This first weekend of play was exciting for Utah as a couple of Utes started off the season on a high note. Freshman Ellessa Bonstrom had a big weekend at the plate, hitting her first two collegiate home runs as well as a triple.

Junior Alyssa Barrera also had a big weekend with three triples, one in each game, and set the pace for the rest of her season as she would go on to match a school record for triples in a season.

The only other series win came against Oregon at the end of the season on their senior day weekend. Utah pulled away with two wins, the first a 4-3 victory over the Ducks and the second 11-3, ending in the sixth inning on the mercy rule.

This final game of the series was the last time that the seniors would appear at Dumke Family Softball Stadium and all three seniors showed up. Ryley Ball had some key plays in the field, and Hailey Hilburn hit a triple in addition to pitching three innings.

Ally Dickman showed up strong at the plate with a double and a triple that she took an extra base on. This bases-clearing hit was a game changer that contributed to a six-run fourth inning for the Utes.

At the end of the season, a handful of players earned awards from the league. The three biggest awards that were given went to Barrera, Dickman and Julia Noskin.

Barrera earned her second all-conference award in her three years with the team, and she made the second team. She is the seventh athlete in Utah softball history to do this. She led the team this year with a .385 batting average and also matched Utah’s record for triples in a single season with seven. She holds this record alongside head coach Amy Hogue and ranks her fourth nationally as well as first in the Pac-12.

In addition to these great numbers, Barrera racked up 57 hits and 37 RBIs. She hit eight doubles this season and crossed home plate 30 times. In the field, she had four assists, the most in the Pac-12.

Dickman broke through for her senior season as she was named to the second-team All-Conference. She hit a team-leading eight home runs and ran away with a .625 slugging percentage. She struck out only eight times this season, making her the toughest at-bat in the Pac-12.

This is the second time in her career as a Ute that she has been honored by the league, as she was on the all-freshman team three years ago. In addition to having a successful season on the field, Dickman was also the president of the Student-Athlete Advisory Committee and her influence was evident all over campus and within all other athletic programs. She graduated with a 3.85 GPA as a double major.

Although Dickman played for the team for four years, her older sister was on the team for the four seasons before she arrived, making Utah softball a huge part of her family. She has known the program since before she committed to the school, and leaving the team means leaving a second family. In one word, Dickman is thankful for her experiences here: “Thankful. Thankful for all the opportunities and everyone believing in me even when I didn’t believe in myself.”

Noskin was named to the third team, and this marks her second award in as many seasons with the team. With 36 runs scored, Noskin paced the team and was a close second with 52 hits.

This “top of the lineup” slap hitter came in third with a .325 batting average and as a middle infielder. She led the conference with 123 assists. Noskin, along with Bonstrom and BreOnna Castaneda turned a league-leading 25 double plays.

Although senior pitcher and utility player Hailey Hilburn wasn’t honored by the Pac-12, she was recognized by the National Fastpitch Coaches Association for her hard work on the field. From the circle, she led the team with 50 strikeouts.

When asked to sum up her experience at Utah in one word, Hilburn chose the word glorious to describe her four years with the team.

“Glorious. I think it’s been glorious,” Hilburn said. “Each year has been different, every year has been more and more exciting in different ways and being able to take it all in and have fun with the girls. I’ll love and cherish these memories that I will have for the rest of my life. It’s glorious to have the opportunity to be on so many different teams with so many different girls and make so many sisters along the way.”

Another senior who was not honored by the league was Ball. Although she only played with the team for three years, she left her mark on the program. In her final season, Ball had nine hits, two of those doubles. She walked three times, and she had an on-base percentage of .255. In the outfield, her fielding percentage was .885 and she recorded only three errors in the season.

In one word, Ball’s experience with Utah softball was phenomenal.

“Phenomenal. I think that my teammates have been the ones that have made my experience the greatest. I couldn’t thank them enough,” Ball said.

As a batter, Hilburn was tied for first with eight home runs, and she had 30 runs driven in. She was fifth in batting average, a .296 with 45 hits this season.

Looking to the Future

Although the Utes will be losing three key players this year, there are a number of young athletes that will help to carry the program into their 2020 season.

Sydney Sandez is a freshman pitcher who led the team with 130.1 innings pitched, coming in just behind Hilburn with 45 strikeouts. She had a 4.99 ERA and she had the best record with 11 wins and 9 losses in the season.

Castaneda was solid on the field in her third year with the team. She helped to hold down the infield corner at third base and she was solid with the bat, hitting three home runs and earning 25 hits on the season.

Bonstrom had a standout freshman year with a .296 batting average and 45 hits. She hit 13 doubles and five home runs and her slugging percentage was .493. Now that she has a year of experience under her belt, she will be a key player for the Utes next year.

Although the Utes may not have ended the season exactly where they hoped, they still saw a lot of success and they will be back in action in the spring of 2020.