Chavez: In Defense of Crying 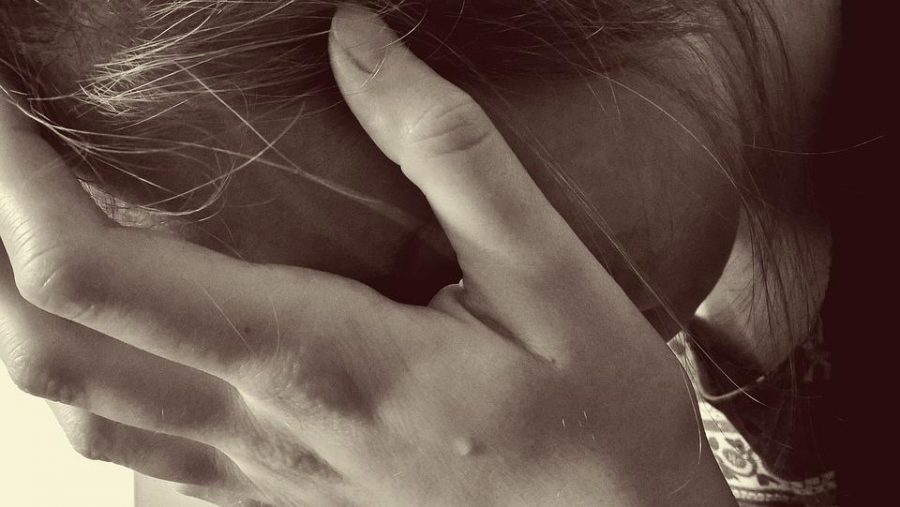 Growing up, I didn’t cry much. Like many others, I felt that it signaled weakness.

I was raised within a patriarchal family structure, and the only person I knew who cried was my mother. I noticed that her emotions were often questioned and invalidated by others. She felt intense shame for experiencing symptoms of stress and mental illness, which only made those exact symptoms worse.

The male figures in my life did not cry. They also were considered the most respected people in our family, stoic and steady. So it seemed this amounted to a simple equation: that an absence of tears or any expression of dark emotion would equal respect from others. There are two glaring problems with this equation that I lived by for so many years. First, no human being is able to thrive without processing emotion in a healthy way, and this includes crying. Second, the idea that feeling and expressing — including crying — one’s intense emotions is weak is a belief rooted in misogyny.

Brené Brown is a famous researcher and storyteller whose work centers around shame and vulnerability. In a 2012 Ted Talk, she said, “If you put shame in a Petri dish, it needs three things to grow exponentially — secrecy, silence and judgment. If you put the same amount in a Petri dish and douse it with empathy, it can’t survive.” Hiding, repressing and silencing our emotions does not help us, even if we think it looks braver and feels better in the moment.

Shame is fueled when people hold onto their sadness, grief and exhaustion. It thrives in isolation, as local therapist Tiffany Roe often says. If we want to break out of the cycle of shame, we must start talking about how we are feeling. This requires leaning into emotions in order to confront and process them. Often, those confrontations will bring tears — and that’s okay.

Crying is largely tied to women within our society. It is not uncommon to hear that “boys don’t cry” even as women are caricatured as criers during moments of sadness, pain and even joy. When addressing the negative perceptions around crying, it’s important to consider misogyny and how society views women. Several studies have found that women do cry more than men, with many different factors that contribute to it. According to the American Psychiatric Association, “Testosterone may inhibit crying, while the hormone prolactin (seen in higher levels in women) may promote it.”

Stereotypes and strict gender norms are also at play — crying is more often considered an acceptable means of processing emotion for women than men, though it still contributes to the idea that women are weak. Through much personal reflection, I can see how this misogyny has played out in my own life. I could see that many men view crying women as weaker than them, a belief that I was pressured to adopt myself. Because I didn’t want to be seen as weak, I internalized that misogyny and decided to become a woman that wouldn’t cry.

As I’ve gotten older and educated myself, I now see that my approach was completely backwards. In her book “Rising Strong,” Brené Brown writes, “There are too many people today who instead of feeling hurt are acting out their hurt; instead of acknowledging pain, they’re inflicting pain on others. Rather than risking feeling disappointed, they’re choosing to live disappointed.”

Leaning into uncomfortable feelings is necessary to truly experience what it means to be human. The conversations about crying, healthy emotional expression and vulnerability have grown immensely in the last decade thanks to work like Brown’s. The University of Utah also holds a special place in this conversation.

In 2018, Nemo Miller, a senior at the U, made international news after building and installing a “Crying Closet” in the Marriott Library during finals week. This closet stood alone on the floor, the inside a dark and private room with cushions and stuffed toys. It was a wood shop project that came from Miller’s “own desire to have a place to escape from the reality and stress of graduation and finals.” Not every student processes the stress of finals week by crying, but the closet was a fun conversation-starter for the way space and temporary disconnection can help people process their negative emotions.

Unfortunately, some people didn’t understand the point of the installment. There was a segment from FOX 10 Phoenix that featured the story, and the male correspondent concluded the segment with his own opinion about crying. He claimed that “there’s no place like that in the real world” and “you’ve got to be fierce, you’ve got to be dominant.” He offered what he probably considered a informed, useful solution for when things go wrong — “you start another day.”

This type of thinking is misinformed, but it’s familiar. As a child and teenager, I judged my mom harshly for crying easily, a harshness that I must take responsibility for. Now I am so grateful that despite my attitude back then she continued to be true to herself and her preferred method of healing. Nowadays, I probably cry once or twice a week — it feels incredibly vulnerable, but I feel lighter. Emotions don’t weigh me down if I let myself simply experience them. I process things as they happen and if tears come, I don’t try to hold them back.

As tempting as it is to accept the “pull yourself up by the bootstraps and dominate” approach, people shouldn’t, because it just doesn’t work. Neglecting oneself is not brave and it’s not inspiring. Feeling your feelings and knowing that it’s okay to take time to breathe or cry is the definition of fierce because it provides time to recover and come back with focus. If there was more public compassion towards those who outwardly express their emotions, society would realize that connection and understanding will make everyone stronger.