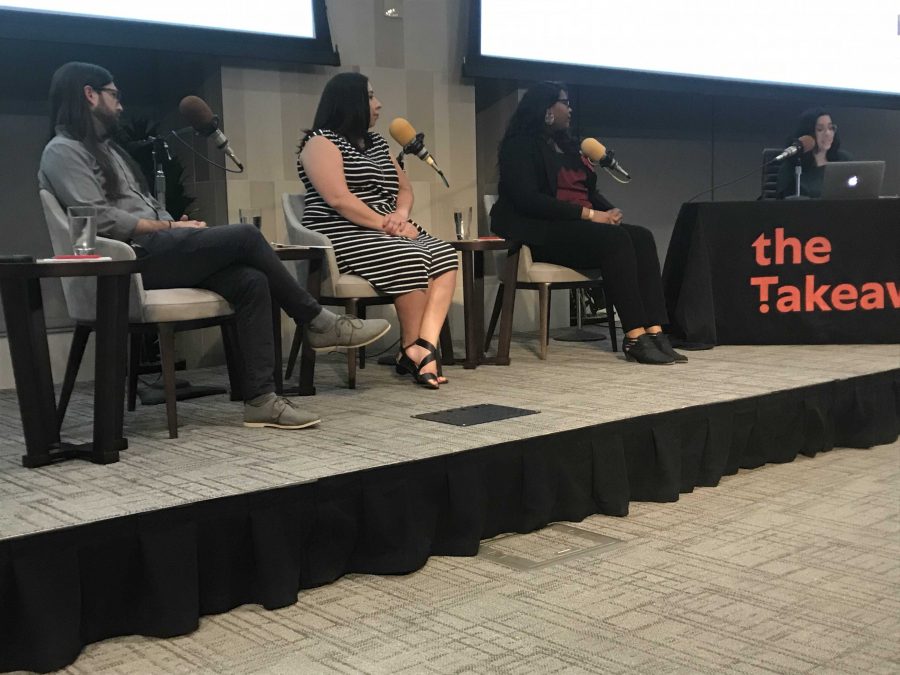 Host and moderator Tanzina Vega launched a dialogue touching on the high rates of cases of murdered and missing Indigenous women in the United States, classified by many organizations as an epidemic. Localizing the problem to Utah, panelists articulated the issue within their own areas of expertise, but all agreed that violence is a burden on many Indigenous families and communities.

Vega began by asking how the data collection of such cases offers a limited scope to accurately explain the rates of murdered and missing Indigenous women. “A lot of police departments within the United States don’t properly track race,” Brewer, a member of the Cherokee Nation, said. “Oftentimes when they do, they miscategorize Indigenous women as either white or Hispanic.”

When assessing law enforcement on tribal, state and federal levels, Romero looked at her legislative career, which has been committed to proposing legislation dedicated to ending domestic violence and sexual assault in Utah. “Our whole goal is just to have the conversation that we start by believing [survivors].”

Her recent initiatives include a concurrent resolution to create a day dedicated to raising awareness about the Murdered and Missing Indigenous Women (MMIW). Romero worked on this resolution after hearing public statements from the Salt Lake Police Department and Utah Highway Patrol finding the results of several MMIW cases as inaccurate.

Boyce added her own experiences sitting at meetings with the SLPD on improving tracking and data gathering in indigenous communities. “It was really frustrating to learn that they [SLPD] don’t even record data the same way within blocks of each other,” she said, mentioning other police departments in the valley. “There’s no consistency there, and that added to the confusion and massive issues.”

At one point, Vega asked Boyce about her personal experiences related to the MMIW Movement. In a tearful 10-minute recounting of her own family history — six of her family members have been killed — she aimed to add faces to the figures. For example, Boyce’s mother found out her father was murdered between their reservations in Montana on TV, and she always “kept the newspaper clippings.” The TV broadcast even showed the body of Joyce’s grandfather.

In an interview the day after the event, Boyce reflected on her words and how the overall event contoured the topic. “These are the horrors we live,” she said on living with memories that sustainably affect her today. “That is a reality that people in this country face, that Native people face, that Native children go through.”

The panelists also stressed the overarching narrative carried by media outlets, which often portrays Indigenous communities as living in a perpetual cycle of poverty, violence and cultural debris. “There’s a lot of misconception, a lot of stereotypes, a lot of myth,” Brewer said. “I think with this topic of missing and murdered Indigenous women and girls, in particular, there is a lot of victim and community blaming.”

Vega brought up a report from the National Inquiry into missing and murdered Indigenous women and girls. Funded by the Canadian government, it concluded after spending 33 months looking at MMIW cases reading, “Tell the story — or, more accurately, thousands of stories — of acts of genocide.” This language has attracted a volume of attention and elicited various responses. Some agree with the report while others deny the weight of the issue, including the label of “genocide.”

Before the event, Brewer called the report “accurate” and placed pressure on Canada. “If you look at the United Nations guidelines for what constitutes genocide, everything that Canadian inquiry found falls neatly into the definition,” Brewer said. “I would argue that’s no different here in the United States.”

When wrapping the end of the show, panelists offered final words for the audience. “I just want people to know when they leave here, just because you acknowledge others that have been other-ed, doesn’t mean you get erased, or your history gets erased,” Romero said. “It’s their past, your present and your future all tied together.”