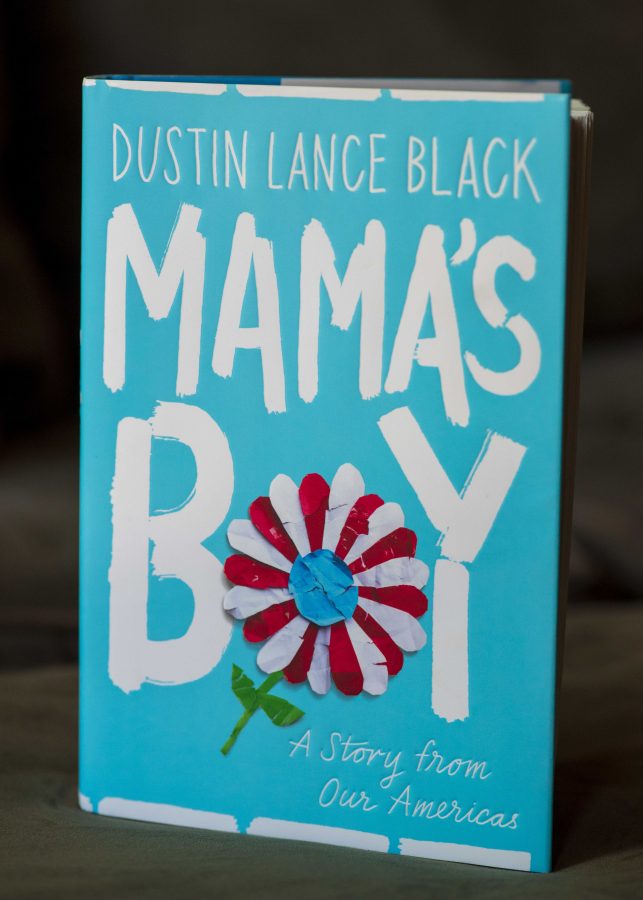 To preface this review, I have to tell you that memoirs are a leap from my regular reading tastes. As someone who is consistently bored by nonfiction and a serial enthusiast of all things fiction, this book was already in need of something that could catch my eye. Nonetheless, I approached the memoir “Mama’s Boy: A Story from Our Americas” by Oscar-winning screenplay writer Dustin Lance Black objectively when it was left in my inbox for a review. According to its book jacket summary, “Mama’s Boy” is “a story of family, foundations, turmoil, elation and love.” To me the story was a gentle exposé on The Church of Jesus Christ of Latter-day Saints’ relationship with the LGBTQ community. It was the story of a remarkable and ingenious woman and yes, most of all, a story about family, but it also fell flat in many areas.

The real star of this memoir is Rose Anna Whitehead, Black’s mother. As a small child, she contracted polio and lost the use of both of her legs — but this was only the beginning. After being shipped away from her family for series after series of surgeries, the first 100 pages of this book are dedicated to telling the story of this courageous woman. As the story continues on, readers very quickly learn that Whitehead stubbornly defied every set of restrictions that were set on her because of her disability, thank you very much. She goes on to get married, have children and find the one thing she’s always wanted through the agency of faith — a family. In a life where Whitehead was taken away from her family when it mattered the most, it’s only fitting that she gets to have her own despite the trials she faces.

The accomplishments of this memoir end with Whitehead’s story, unfortunately. Apart from the accompaniment of photos from her childhood and, later, the childhood of her three boys, there’s not much else about this memoir that I found appealing. Perhaps the most unique element of this story is the relationship Black has with religion because of his mother’s influence on her boys. In most cases, we’ve seen an overtly negative viewpoint of the Church of Jesus Christ from LGBTQ members. After two horrible Mormon marriages for Whitehead, it’s surprising to see the one thing the family never wavers in is their religion.

Black says, “Many of my friends who grew up outside of our Southern corner of the country, my arguably more progressive friends, are quick to dismiss organized religion as purely repressive or entirely outdated. But the honest-to-God truth is that despite its faults and blind spots, our church was the only family we had in San Antonio.” As Black continues to come to terms with his own sexuality throughout his childhood and into his college years, this strong reliance on his religion poses as a threat and comfort at the same time. It’s a weird purple, an in-between moment, proving things are not always red or blue.

In fact, Black’s actual coming out moment to his mother is so profound, it’s almost holy. There’s a gracefulness to the way the scene is depicted which makes readers question if it is fact or fiction, but with enough knowledge of the story and the dynamics between the mother and her middle son, we know it’s real. The moment itself is the most striking for Black’s story, but from there on out, the memoir falls completely flat.

The pacing of this narrative is very poorly executed. While I was able to devour the first 100 pages without trouble, after Black reaches college, I got bored. Frankly, I had to force myself to finish reading. The effort to combine the storylines of his mother and his own narrative is a failure on Black’s part. By the time we reach the culmination of his story, his participation in the momentous overturn of marriage inequality in Proposition 8 in 2015, readers want the story to be over with. Overall, there are several things which make the narrative inconsistent. The depiction of Black’s older brother, Marcus, is sporadic at best while his younger brother is present every once in a blue moon. While normally this wouldn’t be an overt problem with a memoir, it’s clear this one is rooted entirely in family relationships. During the first half of the book, there are long descriptive lists that dawdle on for paragraphs and leave the reader feeling frantic to make sure they digested all the information correctly.

In the publisher’s note from Black, which came with the book, he says, “I often say that it is those shared stories that have the power to change hearts, and it is those changed hearts that can shift minds and help heal communities and nations in need.” If this was the goal he had with this memoir, he accomplished it, but not with his narrative. There is simply no Lance without Rose Anna, and without Rose Anna, this memoir falls flat.

Overall, I admire the unwavering strength and optimism Whitehead possessed. It transferred to her son, her “Mama’s Boy,” in certain ways. However, I wished the narrative was thoroughly consistent. The book is worth a one-time read because of its unique viewpoints and involvement of the Latter-day Saint faith, but it’s unjustifiably long.