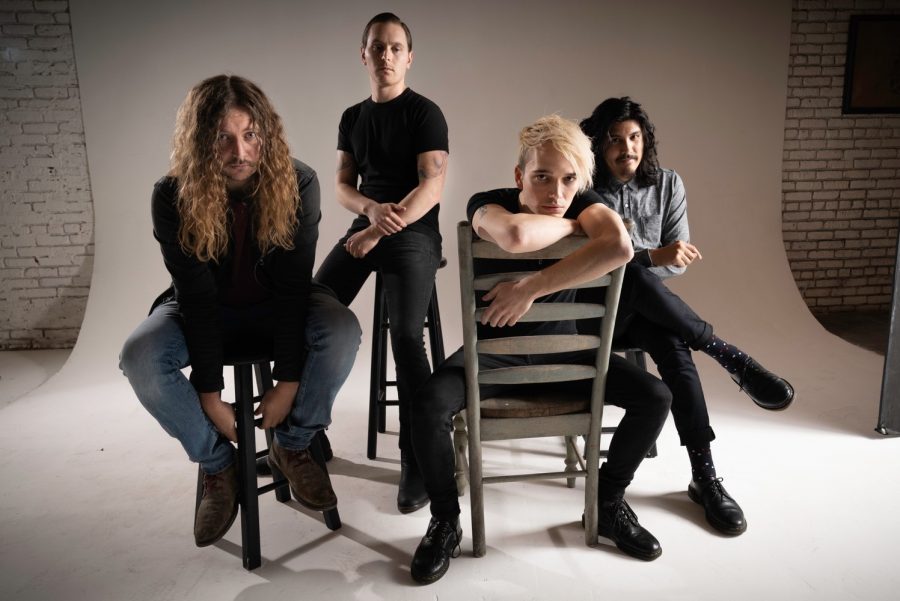 California-based hard-rock band Badflower released their debut album “OK, I’M SICK” just five months ago. Now, with the same electrifying honesty that defines their music, the four-member band is taking on the world this summer as they tour with rock band Shinedown. The album speaks on topics including abuse, anxiety, depression and politics, subjects that demand a certain level of attention and nuanced consideration. This conversation is what Badflower hopes to bring to audiences on tour.

The conception of Badflower is much more laid back than their aggressive songs. Lead guitarist Joey Morrow and singer/guitarist Josh Katz met while living in the same apartment complex and soon the two were writing songs together. The name of their band came about from a conversation with family. Not long after that, bass guitarist Alex Espiritu and drummer Anthony Sonetti also joined the band. After a few shows in the Los Angeles area, the four-man band gained the attention of many in the music industry — including Lance Bass, a former member of the boy band NSYNC. From their debut single “Soap” back in 2015, Badflower made it clear to audiences and critics alike that they weren’t afraid to confront taboo topics. In an interview with Loudwire about their 2015 single, Katz said, “I enjoy writing about bizarre human tendencies, especially ones I don’t agree with or understand.” This sentiment is apparent in their debut album, four years later. “OK, I’M SICK” is loud, honest and in your face — as the best rock and roll should be.

Badflower and Shinedown are in the heat of touring with more than 20 performances planned, bringing “OK, I’M SICK” across the United States and Europe. On tour, each respective member of the band picks a favorite song that they like to perform for the crowd, but there’s always one favorite all of them can all agree upon. “We all love playing ‘Girlfriend’ live,” Katz told the Chronicle. “It’s a banger and it’s usually our closer, and it gets wild. But that’s on our headline shows. It’s great touring this album with Shinedown [because] it feels like so many new people get to hear these songs every day.”

A debut album is often defining for a band, revealing a particular image or sound to the world. In Badflower’s first album, the songs do a lot of talking. “I wanted to write an album for this generation, and I think we did that. We talked about all of the hard things that others have touched on of course, but my lyrical preference is to be as direct and brutal as possible. Suicide, incest, the meat industry, American politics, social media addiction. I was inspired by own struggles and by the things I see in the world around me that should be talked about,” continued Katz. When most music fans look for songs to relate to, Badflower refreshingly gives voice to topics that are the most difficult to talk about and the most necessary to confront. What better genre for that than rock and roll?

Badflower will be performing as the USANA Amphitheatre on July 18. You can purchase tickets here.