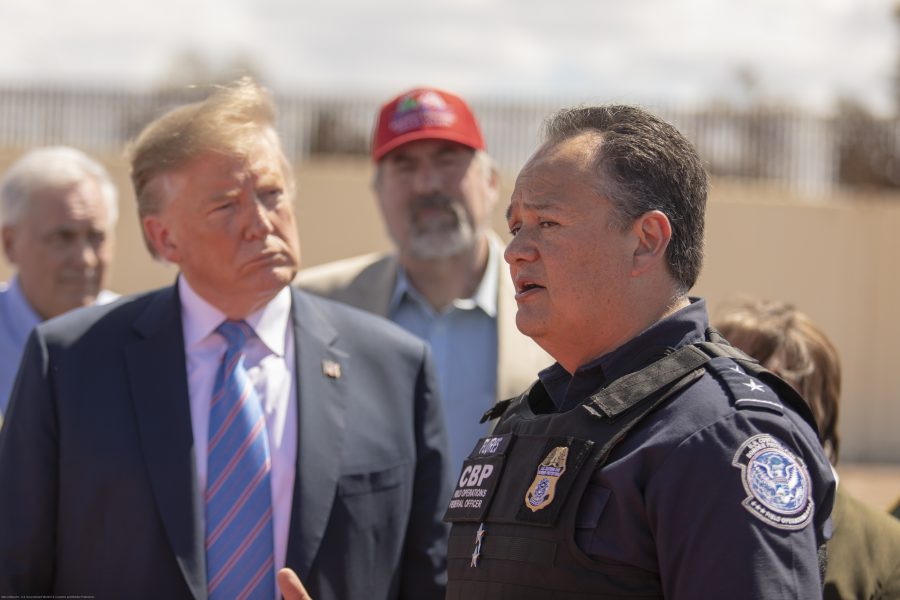 It is undoubtable that the U.S. government and U.S. border patrol are currently placing thousands of migrants into what should be considered concentration camps. Since Donald Trump was elected, the U.S. government has become responsible for at least 24 deaths within these camps, seven of them children. They are also responsible for the effects of the inhumane immigration policies perpetrated by the Trump administration, which have resulted in the deaths of many migrants as they journeyed to the U.S. in search of safety. In 2019, the U.S. government has been responsible for each instance of sickness, pain and death that have occurred behind the walls of their chain link cages. It is imperative that these camps be closed.

There is no reasonable argument to suggest that the implication of these camps and the inhumane treatment within them are not similar to other detention camps of the past. While the U.S. government may not be using “extermination” techniques such as gassing, the enclosure of human beings in unsanitary and crowded conditions is not far from other despicable actions within Nazi Germany. Anne Frank and her sister, Margot, some of the best known victims of Nazi Germany, died not from gas chambers but rather from typhus caused by the unsanitary conditions of the Nazi concentration camps.

Recently, Sarah Fabian, a lawyer representing the Trump administration argued that basic and necessary sanitary products for the crowded migrants were non-essential luxuries. The administration’s argument that migrants do not require the same basic sanitary conditions as anyone else is intensely cruel and continually leads to death. People need these basic conditions, like clean water, medication, sleep and adequate shelter, in order to survive long periods of detention.

Even if the unlikely happened and the Trump administration decided to treat migrants as human beings by providing for their basic needs — these camps remain cruel and unjustified. No human being should be turned away from seeking a new future for themselves and their family. Members of Congress and community advocates have recently gained access to the camps and have since worked to shed as much light as possible upon what they have witnessed, and their reports are extremely disturbing. At one detention center, a cell meant to hold only 12 individuals was holding 76 individuals.

The conditions the children are placed in is especially abhorrent. At a facility in El Paso, ICE agents selected one child to be the “boss” of the others in order to try and control the detained children. In exchange, the “boss” got extra food rations for keeping the kids in line. Physician Dolly Lucio Sevier was permitted to enter the detention center in McAllen, Texas and examined numerous migrant children. According to her, all 39 of the children she examined showed signs of trauma. When interviewed, she also said that it was “worse than jail,” that the center had “extreme cold temperatures, lights on 24 hours a day, no adequate access to medical care, basic sanitation, water or adequate food,” and was “tantamount to intentionally causing the spread of disease”.

The complacency of the agents who are employed at these institutions are just as guilty for this wickedness as the Trump administration is. They gleefully carry out these actions, purely to cause harm to others. In the findings of a secret Facebook group made up of current and former border patrol agents, posts described migrants as “subhuman” and included discussions of burning them up. Anyone who has taken a basic U.S. or world history course knows those kinds of statements parallel many sentiments surrounding past concentration camps throughout history.

Not limiting themselves to seeking violence against innocent people, this Facebook group also targeted several Latino members of Congress, crafting racist remarks and memes. One of the members of the group suggested throwing a burrito at Representative Alexandria Ocasio-Cortez (D-NY) and Representative Veronica Escobar (D-TX). Border agents also referred to the representatives as “b—-es”. These are the comments coming from low level agents alone. Superiors are also making vile posts, such as the patrol supervisor who wrote “F— the hoes” in reference to Rep. Ocasio-Cortez and Rep. Escobar.

For many Americans who are seeing these atrocities in the news, online or even in person, feeling anger or frustration toward the situation is not new. Concentration camps have occurred throughout history and modern times, such as the U.S. Japanese internment camps, with one even being located in Topaz, Utah.

On July 2, rallies across the country called for the closure of these camps, leading activists to take action. One notable organizational effort was the recent protest by Jewish-Americans at a center in New Jersey. They are a part of a group called Never Again Action, which is made up of Jewish people who protest ICE and their atrocities, as the group sees the migrant camps of today as those concentration camps of Nazi Germany. The protest brought together around 100 people, and 36 were arrested.

For those who missed taking action on July 2, this is not the only opportunity to take action. Refinery29 has a great list of organizations you can donate to or get involved with to help those unfairly and unjustly placed in the camps. ICE is committing monstrous crimes and blindly following one of the many cruel policies of the Trump administration. Action needs to be taken and the camps must be closed.