Chavez: Romney’s Teeter-totter on Trump Should Bounce Back Toward Impeachment 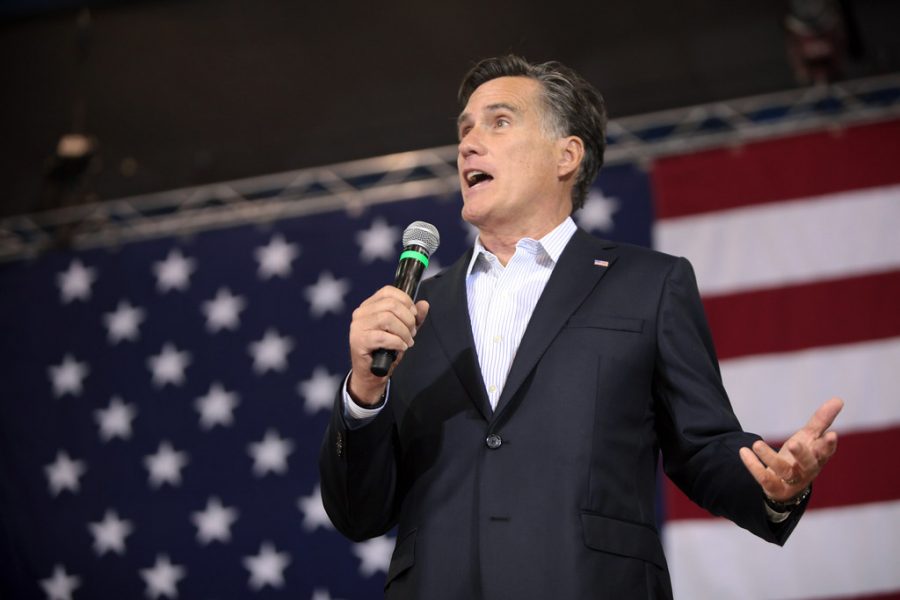 It’s very disappointing to watch a leader who once stood with so much conviction ⁠— specifically speaking out against someone they see as unsafe for our country ⁠— later walk back on those values for political gain. Utah Sen. Mitt Romney vocally criticized then-candidate Trump during the 2016 election. Doing so made him appear to be a stalwart voice of reason within the Republican Party. Later, Romney would meet with Trump shortly after the 2016 election, and many predicted he hoped to secure a position in the presidential cabinet. In 2019, after winning a political race of his own, Romney said he was “sickened” and “appalled” by the findings in the Mueller report, but that he would not support impeachment.

Sen. Romney is a well-known public figure, and his opinions are valued by many Americans. Even though impeachment proceedings must start in the House of Representatives before they go to the Senate for trial, a bold stance of integrity from Romney could really make a difference.

Soon after the official “Report On The Investigation Into Russian Interference In The 2016 Presidential Election” was submitted to the Department of Justice in March 2019 and later released to the public by Attorney General William Barr, a lone Republican took a big step. Even as the Trump Administration maintained that it had done no wrong, Republican Rep. Justin Amash was the first from his party to support impeachment. He took to Twitter, saying that “Contrary to Barr’s portrayal, Mueller’s report reveals that President Trump engaged in specific actions and a pattern of behavior that meet the threshold for impeachment.”

The official report is split into two volumes. The first provides the “factual results” of the FBI and Special Counsel investigations. The second details all of Trump’s actions during, and in response to, the FBI’s investigation into Russia collusion and interference. It’s noted in the introduction that Trump’s actions “raised questions as to whether he had obstructed justice,” and the Special Counsel was given jurisdiction to investigate.

Although Mueller’s conclusion was not as dramatically cut-and-dried as many ⁠— even Amash ⁠— may have hoped it would be, it stated that it was unable to conclusively determine that Trump had not committed obstruction of justice. The final sentence sums it up, insisting that while “this report does not conclude that the President committed a crime, it also does not exonerate him.”

Romney made the news shortly after Amash made his statement, saying he disagreed with his colleague and he did not believe that there was enough evidence to support impeachment. Romney said that while he respected Amash’s “courageous statement,” he did not think that the American people would support it and more importantly, neither would the Senate.

While Romney might respect Amash’s courage, he himself has the opportunity to be similarly courageous and stand up against the Trump administration. His future pushback might be in a more official capacity, but it is nothing Romney hasn’t said before. In 2016, Romney addressed the Hinckley Institute of Politics at the University of Utah delivering a passionate speech explaining why Trump should not be the Republican Party’s nominee.

It is surprising to remember how foreboding ⁠— and foretelling ⁠— this speech was. He described domestic policies leading to recession, with his foreign policies decreasing safety around the globe. When speaking of Trump as a person, Romney scathingly said, “He has neither the temperament nor the judgment to be president and his personal qualities would mean that America would cease to be a shining city on a hill.”

Romney cautioned against Americans having their anger manipulated into fear and defensiveness. Romney passionately derided Trump, running through a list of the ills he brings to the national stage. “He creates scapegoats of Muslims and Mexican immigrants. He calls for the use of torture. He calls for killing the innocent children and family members of terrorists,” said Romney. “He applauds the prospect of twisting the Constitution to limit First Amendment freedom of the press.”

Romney praised the “people who at every critical moment of choosing have put the interests of the country above their own.” The senator should take his own advice, and open his eyes to this critical moment in history for what it is. He should choose to put the country’s interests above his own, just as those he honored in his speech, and vocally support the impeachment of Donald Trump.

Donald Trump has neither the right temperament nor qualifications to hold the title of President of the United States. In the time I have spent brainstorming on how best to present this argument, I have felt a range of emotions. I even avoided thinking about it for awhile, because I didn’t want to feel upset. Breaking news articles and reports detailing the criminal and moral failings of the Trump administration easily clutter the mind, as well as the browser tabs.

With Mueller’s report released, it is important to remember just how soon after Trump’s party nomination it began. In July 2016, the FBI started to collect information about Russia’s interference in the U.S. presidential election, and an investigation was opened to determine if the Trump campaign had connections to the Russian government and their interference efforts. In May 2017, Robert Mueller was appointed as Special Counsel to investigate more closely “any links or coordination between the Russian government and individuals associated with the Trump Campaign.” Trump has never been free of scandal and betrayal, even from the beginning.

Earlier this year, an article from Vox detailed the history of impeachment in the United States. Impeachment is a political process, not necessarily legal in the traditional sense. While the Constitution does outline the processes involved, it is rather vague in what actions merit impeachment. Treason and bribery are specified, and then only “other high Crimes and Misdemeanors” remain up for debate and interpretation.

Mueller’s report clearly shows his adamant stance that President Trump is not exonerated or innocent of obstruction of justice. He has concluded his investigation not because there is nothing left to determine, but rather because the Office of Legal Counsel has issued a precedent that a sitting president cannot be indicted for a crime while in office, as a distracting investigation does place a burden on a president’s ability to effectively govern the country.

If Special Counsel Mueller was investigating anyone else other than a sitting president, he would keep investigating, and that is important to keep in mind, depending on what high crimes and misdemeanors may be in the Trump era. Mueller encouraged Congress to move forward and continue the work. In the Democratic-controlled House of Representatives, there are six committees actively working on this investigation, and Special Counsel Mueller is scheduled to testify before both the House Judiciary and House Intelligence committees on July 17. But the Senate is not out of the picture either. Romney ought to take this into account and perhaps call back to some of his earlier indignation about the mistreatment of our institutions and country.