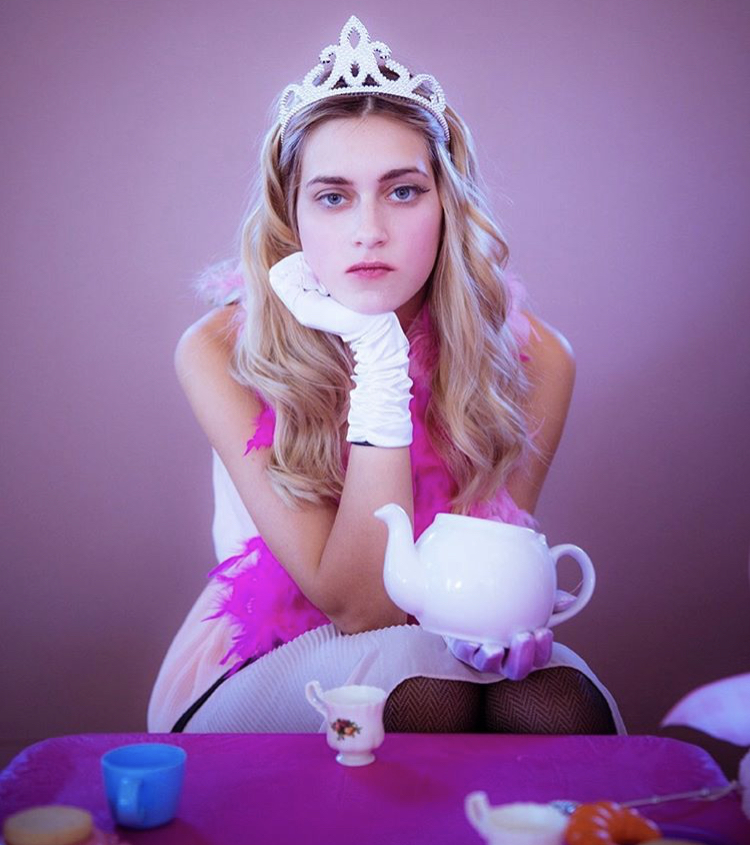 Fun — that’s what it feels like. From the first track, Kirby Dorsey’s “Kool Kid” seems to drag you in with a wink. The intro harkens back to elementary school, opening with a kid declaring “Baby, we are cool. Welcome to downtown Coolsville, population: us.” An adult speaker, patronizingly, responds “Well, can you move Coolsville to someplace less conspicuous?” There’s a pang of irony — of downplaying the shameless self-confidence of childhood. Then, abruptly, Dorsey makes an erratic turn from the road leading to “downtown Coolsville,” taking the off-ramp.

You might remember Kirby Dorsey, a University of Utah student, from a previous article about her single, “Stranger.” This album is the eagerly awaited follow up. Her first album scintillates with energy not like a firework but like a sparkler, a slowly burning reflection on a favorite pop theme: love. Not to make light of the topic — her subjective perspective reigns, making this album entirely fresh and even mesmerizing.

Her music migrates from the childhood imagination into an album of equal parts spunk and introspection. For her though, this album never really pulled away from the kid-like quality. The album cover, which looks like a parody of popularism, she said represented what “[she] thought was cool as a kid.” Yet her premise is far from mockery. Dorsey, who herself is brimming with honest reflection, said, “The whole concept of “Kool Kid” was to represent the way children love unconditionally and go through life without worrying too much about the future. Kids are just seriously the coolest.” For those wondering, the “K” in “Kool” pertains to Kool-Aid Jammers, a childhood love of Dorsey’s.

Dorsey said the album cover itself “also represents how much our childhood affects us as adults and the way we walk through life and feel about ourselves is heavily due to the way our childhood was constructed.” She doesn’t want to make any definitive statements, though, adding “totally up for arguing, but that’s just something I’ve noticed about myself.” Her ability to mitigate possible disagreements could be essential to her as an artist, as it opens up room for her to be as authentic to herself without needing to defend her position using ambiguous, universal truths.

What’s truly striking about this pop album is the richness of Dorsey’s musical textures. According to her, inspiration came from many contemporary artists including Calvin Harris, Charlie Puth, Lorde, Chromeo and SZA. Her musical background began with her father, who moved their family to Utah when Dorsey was 10 to accept a position as a worship leader at a church in Park City. At the age of 15, she asked her dad to teach her some song on the guitar. From there, she began writing, modeling her writing process off of her dad’s.

Dorsey has two main methods when it comes to writing. One approaches the song from an introspective approach and what might be called free writing. She allows anything to happen to release uninhibited emotion. She calls this “emotional vomit.” Whatever helps you write, you have to throw up something before you clean it up, so to speak. “I just play a bunch of random chords and sing random words and hope it creates something cool in the end. I usually use this form of writing when I need to get a super intense emotion out of my system.” Her second way focuses on sound. “Usually,” she explained, “the second way of writing doesn’t really have much depth to the lyrics because I’m mainly focusing on melody.”

Her songs occasionally have 90s sensibility to them hidden in subtext, creating another layer in her textures. Her sprawling style makes for a debut album that sounds experienced and mature. She said that many feelings close to heart went into the creation of the work — “heartbreak, jealousy, anger and joy.” This childlike love that inspired the substance of this album also encompasses the love she had experienced for her ex-boyfriend who helped her create this album. “When my ex-boyfriend and I were together,” she said, “I felt this crazy childlike love for him, where I just loved him unconditionally. Then after we broke up, I looked at the world in a very different way and questioned so much.” Ultimately, that bond, though platonic, lasted through the creation of the album.

Her connection with art itself also feels like a relationship to her. “I look at music as another person whom I care really deeply for,” she said. “Sometimes I get really angry at music and don’t want to write for a while, but other times I can’t get enough of it.”