ChenWei Guo’s Killer Has Been Extradited to Colorado, Charged with Another Murder 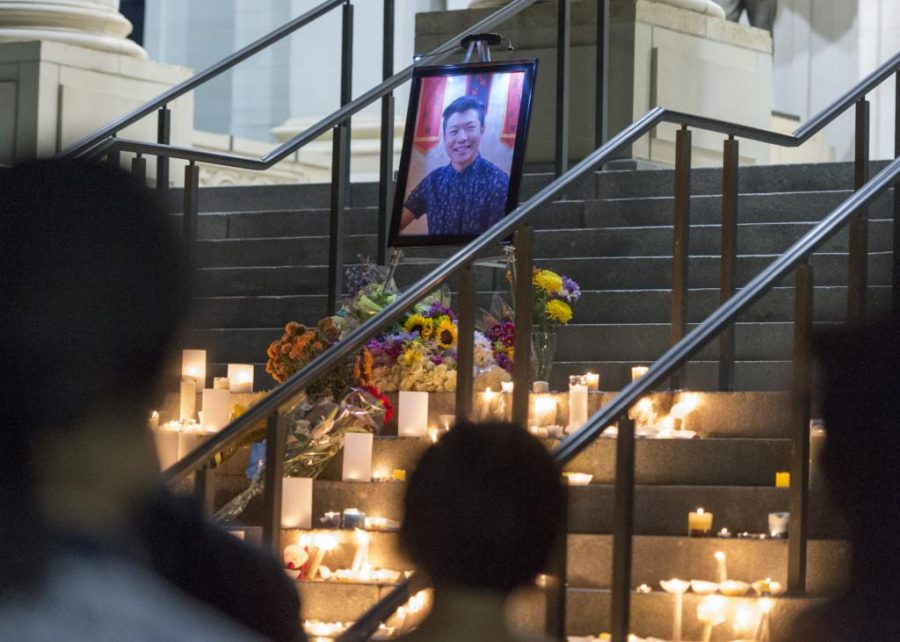 Students, staff, and friends of ChenWei Guo came to show their support after the recent shooting tragedy in Red Butte Canyon by lighting candles and walking from the Marriott Library to President's circle for a candle light vigil to share their condolences on Wednesday, Nov. 1, 2017 | Chronicle archive

On October 30, 2017, ChenWei Guo, a 23-year-old international student who studied computer science at the University of Utah, was shot and killed on campus by Austin Boutain. Boutain and his wife Kathleen were passing through Utah after fleeing from the murder of Mitchell Ingle in Golden, Colorado. Now, Boutain is facing charges in Colorado for the murder of Ingle.

After killing Ingle, the pair took his F350 Ford truck, guns and knives and made their way to Salt Lake City, where they handed the truck off to another couple to avoid disposing of it. According to charging documents, police later found the vehicle in Rawlins, Wyoming. The Boutains planned to either kill or kidnap someone and hijack their car so they could then escape to Tennessee.

Austin Boutain refused to wire a car in the day, fearing he would get caught. This led to the argument between Austin and Kathleen Boutain — according to charging documents, “Kathleen admitted she became irritated when Austin took too long to find and kill a victim.”

The next day, Oct. 31, 2017, Austin Boutain was recognized by a librarian at the Salt Lake Public Library, after more than 200 officers and FBI agents conducted a lockdown to find the culprit and assure students were safe on campus. Boutain pled guilty to two felonies: attempted aggravated murder and aggravated kidnapping, which qualifies for the death penalty in the state of Utah.

Over the next few days, Austin Boutain will appear in court in Colorado for the murder of Ingel. It is still unknown if Kathleen Boutain will be joining her husband in Colorado, as she was found guilty of criminal solicitation with criminal solicitation to commit murder, kidnapping and robbery, with bail set at $1,000,007. Boutain was originally sentenced to life in the Utah State Prison without the possibility of parole, but the extradition for Austin Boutain’s transfer came about when a no-bail fugitive from justice arrest warrant was filed according to court records.

This article will be updated as more information is released.