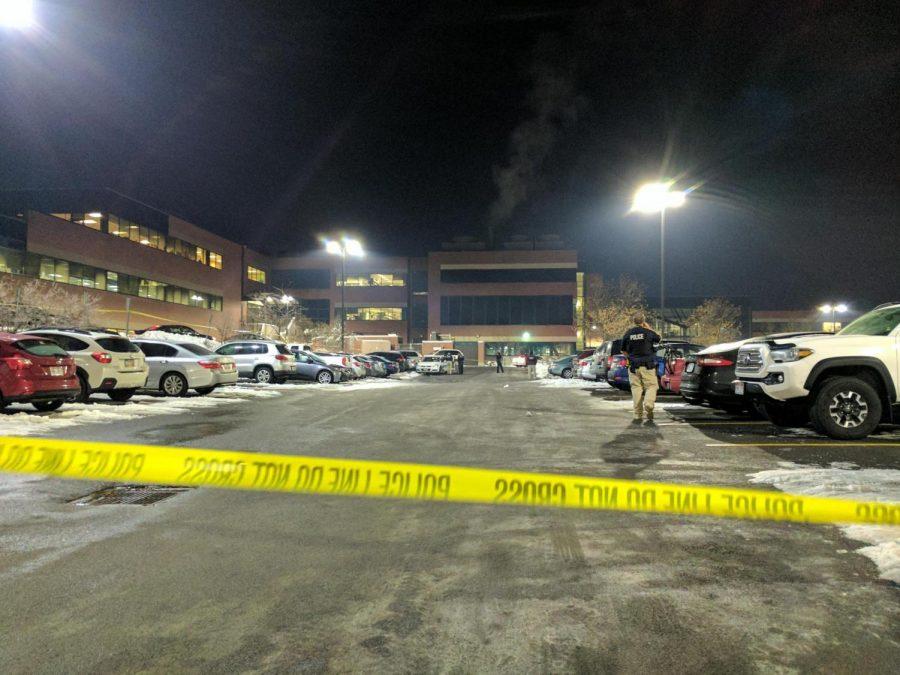 In 1990, then-President George H.W. Bush signed the Jeanne Clery Disclosure of Campus Security Policy and Campus Crime Statistics Act into law. Commonly known as the Clery Act, the legislation’s creation was the result of efforts by Constance and Howard Clery after their daughter, Jeanne, was sexually assaulted and murdered in her Lehigh University dorm room by another student in 1986.

In a lawsuit against the university, the Clerys argued that if an organized record of campus crime had been made available — 38 violent crimes had occurred in the previous three years — Jeanne would not have attended Lehigh.

The Clery Act made it a requirement for all higher education institutions that receive federal student aid funding to provide such a report to its students annually. It also mandates that a college or university keep a daily crime log and provide timely warnings of threats to the campus community — like the security alerts students and faculty receive from time to time at the University of Utah.
Clery and the U

To comply with these rules, the U releases an annual campus safety report — commonly called the Clery report — each fall for the previous calendar year. In that report, statistics on crimes including murder, sex offenses, robbery, assault, burglary, vehicle theft and arson are all reported, broken down by year and where they occurred on campus. Each report includes data for the three previous years. Arrests for weapons, drugs and alcohol are also included.

The locations where crimes were committed is divided into two categories: on-campus — defined as greater campus and residence halls — and off-campus property, which is further split into public and non-campus property. Definitions of each of these sub-categories are provided in the law, in the annual report and in the U’s campus security regulations.


The Murder of Katherine Peralta


On Dec. 29, 2016 Katherine Peralta was shot and killed by her husband, Richard Peralta, in the parking lot of ARUP Laboratories in the University of Utah’s Research Park, which is East of main campus. Peralta then turned the gun on himself. University police responded, with help from the Salt Lake City Police Department to complete crime scene investigation and autopsy reports for both Katherine and Richard. Then-U Police Chief Dale Brophy provided the on-scene statement for local press. According to police records, University police carried out the bulk of the investigation, handling things like witness interviews and obtaining phone records.

ARUP is a University of Utah non-profit enterprise — run in-part by the Department of Pathology — and the property that the laboratory sits on is owned by the U, according to state business and property databases.

Despite this, Katherine Peralta’s murder is not included in that year’s Clery report, or any subsequent one.
The Question of Inclusion
The property status, claim of jurisdiction and the fact that U police responded to the shots fired report ultimately don’t matter, at least not under the Clery Act. This is because — for both on-campus and non-campus property — the physical land must be used in a specific way for a crime committed there to be included in the Clery report.

“In order to be considered on-campus property, the building has to be used in a certain way. So there has to be a certain type of student use of the building. They have to be using that building for educational purposes, whether it’s internships or classes or something like that. […] Ultimately, Clery comes down to student use,” said Annalisa Purser, associate director of communications for the U.

She said students may work at the building but, if the job or internship is not an official university sponsored work opportunity, the building that the student works in likely won’t be considered relevant for the purposes of the Clery report. It’s this important distinction that led the U to omit Peralta’s murder from the reports following her murder.

“I think if you look at laws in general, especially these types where you are reporting, there’s always going to be these grey areas that somebody has to figure out and make a determination on,” Purser said. “Because at some point a line has to be drawn. I don’t think that that’s necessarily trying to get around on a technicality, that’s just the nature of how it works.”

U officials say the annual Clery report takes approximately 400 hours to complete, an effort which includes seven university departments. The campus police department is one of them, and reviews every crime report from the calendar year to determine what data should be included. If it’s not clear whether a crime should be included in the report, the U consults the U.S. Department of Education — the regulatory body that enforces the Clery Act — to answer these questions.

According to U spokesman Shawn Wood, in 2017 the U contacted the Department of Education in relation to Peralta’s death and that year’s report. They were told it did not meet the Clery Act’s standards and should not be included.