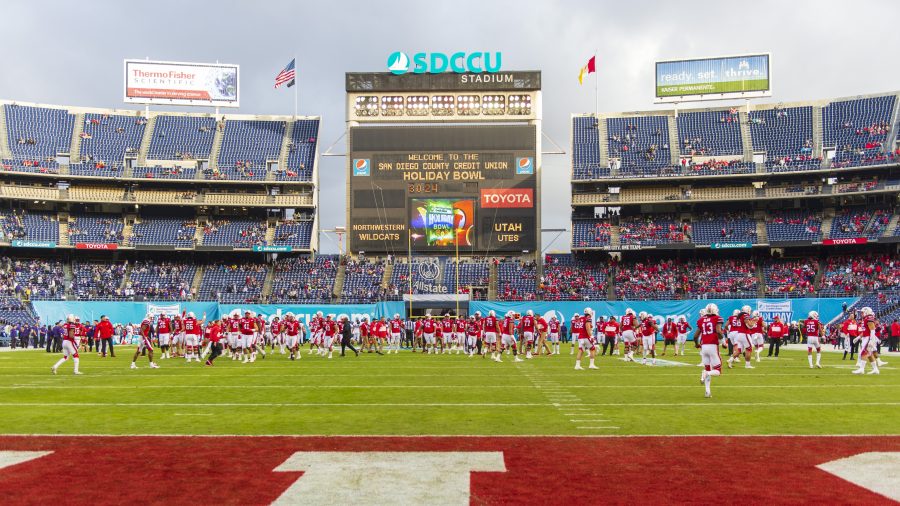 The Utah football team will kick off their 2019 season with the Holy War game at BYU on Aug. 29. The Utes have won eight straight years against the Cougars, and they will be shooting for number nine in August.

Last year, the Utes won the Pac-12 South for the first time since joining the conference, but they fell in the championship game to Washington. The team ended the year with a 9-5 overall record.

The Utes are returning some strong starting players in Zack Moss, Tyler Huntley, Britain Covey and Bradlee Anae.  These players, along with the rest of the team, will be instrumental in what has the potential to be another historic year.

The Utah soccer team is back and ready for action. The team went 9-8-2 last year, and they finished in fourth place in the Pac-12.

The Utes finished their season on a high note when they beat No. 21 Colorado 1-0 in the final game of the season.  This was the first time that the Utes had ever won in Boulder, and the first time they had won on the road against a top-25 team since 2007.

This year, the team will be welcoming back Hailey Stodden, who was responsible for the win against Boulder, and Ireland Dunn, who was ninth in the league for both assists (7) and points (12).

Also returning to the field will be goalkeeper Carly Nelson. During the 2018 season, Nelson led the Pac-12 with 92 saves, averaging 4.84 saves per game. She was fourth in the Pac-12 for shutouts (8) and save percentage (.821).  Nelson averaged 1.06 goals-against, which was sixth best in the conference.

The team will have their first home game of the 2019 season in a brand new stadium on Aug. 20 at 7 p.m. against Utah State University.

The 2018 volleyball ended their season on a high note with a seventh place conference finish and a trip to the second round of the NCAA tournament. The 19-14 Utes had a thrilling first round win over Denver before losing in three sets to BYU in Provo.

The Utes will be ready to hit the ground running in August with a tournament hosted at the Jon M. Huntsman center which will feature Cal Poly, Kentucky and Saint Mary’s.

Drews was named to the Pac-12 All-Conference team, AVCA All-Pacific South Region Team, and AVCA second team All-American. As a sophomore, she led the team with 522 kills, only the second player in school history to have this many in a season in the rally-scoring era, and had 18 double-doubles. She also had 332 digs and had kills in 14 of the 20 conference matches.

Drews and Koerber, along with Saige Ka’aha’aina-Torres were selected to play with the US College National Team in Japan this past summer.

Doehrmann is a senior libero who, during the 2018 season, was named to the Pac-12 All-Conference Honorable Mention. Doehrmann ended the season with 487 digs and she became the 11th Utah player to pass 1,000 career digs. She averaged 3.87 digs per set, which landed her in the top-10 in the conference.

Utah will play their first game of the season at home against Saint Mary’s (California) on Friday, Aug. 30 at 12 p.m. MT.

The Utah cross country team is coming into the 2019 season after seeing success last year. The team finished seventh at the Pac-12 cross country championships, and they saw an 11th place finish at the NCAA Mountain Region Championship.

Sarah Feeny is one senior runner who is returning to the squad. She had a team best 21st place finish at the Pac-12 championships, and she placed 25th at the NCAA meet which earned her All-Region honors. Feeny ranks eight in the program for best championship finish, as well as the ninth best for individual best at a conference championship meet.

Scarlet Dale made an impact on the Utah program after just one year. She is eighth in school history in the indoor mile, and ninth in both the indoor 3000-meters and outdoor 1500 meter. Last year in the cross country season, she competed in five different events and placed in two of the meets.

The team will start off the season on the road in Orem, Utah at the Utah Valley Invitational on Aug. 31.