The Department of Fine Arts: The Good, the Good and the Predominately Good 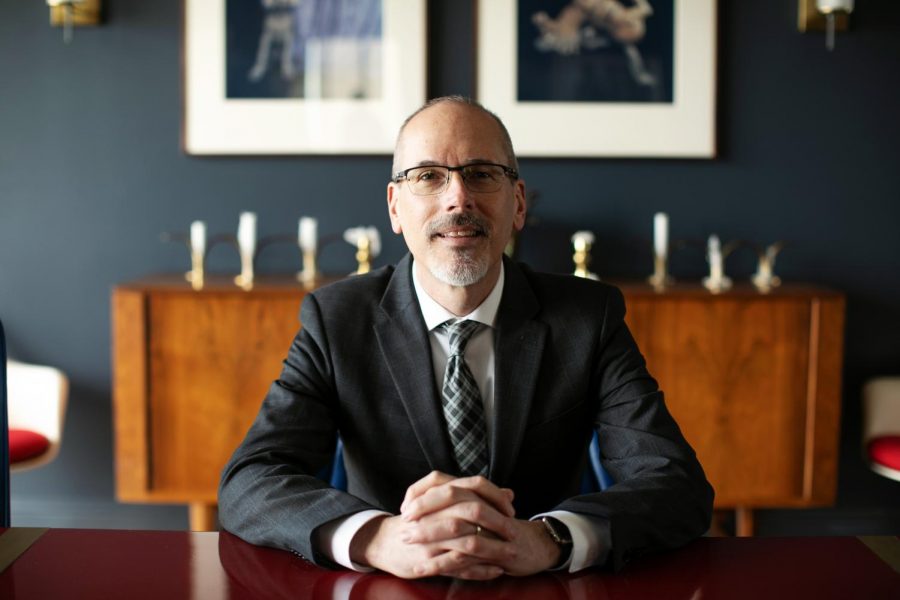 New Year’s Day marks a definitive divide between pride for the accomplished and hopes that the next year will reel in even greater satisfaction. Of course, it’s not New Year’s, and that’s the good news. It’s the academic new year which means that goals won’t fade away after two weeks and give in to the temptation of frequent Netflix binging. To be fair, maybe we would also meet our goals if we had the strategic five-year plan the College of Fine Arts is setting into motion.

John Scheib, the Dean of the College of Fine Arts, and Marina Gomberg, Director of Communications & Marketing for the College of Fine Arts reflected on the year and the aspects of the department that made them grateful. Specifically, they highlighted the Arts Pass. Remember orientation? Remember pseudo-smiles and more information than you ever intended to remember? Yeah, chances are the Arts Pass came up then, and for good reason. Your Ucard might as well be your key to the city. Free transportation and access to printing are really just the beginning. Based on research, art enhances our critical thinking skills, meaning that they’ve taken the time to give you access to productions and museums. Believe me, discounted tickets to Pioneer Theater and free access to the Utah Museum of Fine Arts are even more exciting than they sound. Sheib and Gomberg are extremely proud of this program. Last year alone the program “issued almost 25,000 tickets … to plays and musicals, concerts, dance performances, screenings and exhibitions.”

Equally as impressive was their enrollment this year which “for the second spring in a row since 2010” resulted in their “highest enrollment on record” and “[they’ve] had [their] highest student retention rates.” In addition to this, their new two-year hybrid graduate program for their Master’s of Fine Arts in Teaching Fine Arts was ranked 11th in the nation for best online programs. Basically, they’ve assembled some mighty big boots to fill in this next year.

Cue their five-year strategic plan. The plan aims to convert abstract ideas into a concrete reality. After a two year study, they’ve broken up their future hopes into a few categories including an outline for engaging with communities to “improve health and quality of life,” and the development and transferring of new knowledge. They want to improve research productivity in this capacity, but they also want to diversify it.

Part of their research examined the cultivation and dissemination of “new culture.” There may be issues with how we quantify something as subjective as culture, but the benefit of this is that the department is actually aware of the dominance that western culture takes within traditional university settings. In this effort, the initiative defines diversity, saying “the term ‘diversify’ is intended to communicate movement in a direction that embraces the extraordinary variety of human aesthetic tradition and seeks to understand the value placed on those expressions by different communities.” Connecting through art across borders and experience has always struck me as sublime and transcendent; observing this in such a definite structure doesn’t detract as I might have thought it would have.

Of course, with the admirable exists the business side of the strategy, including plans to attract incoming students through the university’s research status. Take this as you will — sometimes necessity is unattractive. Their hopes still encompass desire for student success through a relevant and sustainable curriculum. There are certainly worse things than leveraging the university’s overarching success, and if they were less invested in the post-graduate success of students, their motives might be questionable. As with all things, time will tell. When issues like pay equity are outlined as priorities, though, it’s difficult to imagine that their direction will continue to have anything less than the best intentions.

Scheib and Gomberg specifically pointed out the strategy’s objective to address campus safety. The importance of each department having involvement in campus safety feels disheartening in the sense of both political shortcomings and the limitations of our past procedures. At the same time, there is a unifying factor in this which seems to tie the university together in what will hopefully prove to be an effective stance against future violence.

Their future goals will incorporate their strategic plan, especially on the grounds of diversity across “staff, faculty, students, curricula, and research efforts,” in the effort of supporting “a multi-faceted and unending approach that is ratified in [their] strategic plan and guiding [their] efforts.” Hopefully, this will not place any stipulations on what can be done, only ensuring that more will be done.