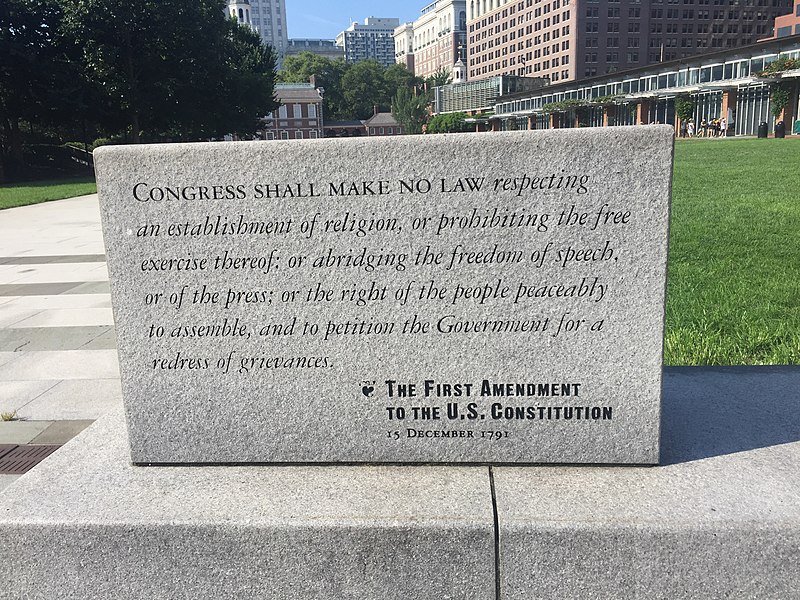 Earlier this year, President Trump signed a free speech executive order calling colleges and universities to improve free speech on college campuses or risk losing federal funding. I am usually against executive orders — no matter who is the president — but I believe this one is needed.

Universities and colleges, especially state-owned ones, should be obeying the law. However, there are still state legislatures — conservative, liberal and libertarian — that restrict campus free speech. The Supremacy Clause of the United States Constitution — Article VI, Clause 2 — establishes that the Constitution and federal laws take precedence over state laws. I believe the free speech issue should be solved on the state level as much as possible. This executive order is only the beginning, and states should still push legislation that will enable free speech on college campuses.

During the 2019 Utah State Legislative Session, Rep. Kim Coleman, R-West Jordan, presented a bill to protect free speech on our campuses. H.B. 158, Higher Education Student Speech Rights, would have defined the legal line between discriminatory harassment and free speech. Nobody should experience harassment, but there needs to be a line of clarification between that and free speech. I was able to get several students to testify in favor of the bill, and I emailed legislators to vote for this bill. Unfortunately, the bill failed on the Senate floor.

Rep. Coleman understands the importance of protecting undiluted free speech on our college campuses, period. She spoke at a free speech panel at Utah State University, where the USU Student Association vice president for diversity and clubs Josh Johnson declared that hate speech should not be protected. Many students are grateful for the work she does on the campus free speech issue, including me.

Last October, my organization, Turning Point USA at the University of Utah, presented a poster campaign for Hispanic Heritage Month. These fliers displayed socialist and communist dictators who were veritably malign, such as Che Guevara and Fidel Castro. The fliers were approved and posted, but subsequently removed. People called us out for discriminatory harassment and we were thought to be targeting certain groups — none of which were named.

Several years ago, three students at Dixie State University in St. George, Utah reached a settlement after the school refused the posting of satirical fliers of Barack Obama, George Bush and Che Guevara. Dixie State is on the Foundation for Individual Rights in Education’s Worst Colleges for Free Speech top ten list.

This is just in Utah. While we may not have as many campus free-speech issues as other states, we still need to work to defend free speech on our college campuses, so our students will be protected later.

As Supreme Court Justice Samuel A. Alito Jr. said, “Speech may not be banned on the ground that it expresses ideas that offend.” I have a friend who was a field representative for the Leadership Institute. As he was helping students recruit for a conservative organization at the University of California-Berkeley, he was punched in the face for expressing his and the organization’s views. A different friend’s organization was denied recognition as a student group at her school because of its recognition of the United States Constitution’s superiority.

Several of my friends had the opportunity to stand on the stage with Trump while he signed his executive order on free speech. The students and alumni of various colleges and universities in the room have faced free speech violations in one way or another. I write for the online publication Campus Reform, which focuses on campus issues around the country. There are many stories written by my colleagues and me illustrating instances when student free speech has been restricted.

Several organizations around the country have opposed President Trump’s free speech executive order, including the American Association of University Professors, which stated that it’s “a dangerous solution to a largely nonexistent problem” in an open letter. I attended the Conservative Political Action Conference where he announced the order. If it is a “nonexistent problem,” why do online publications such as Campus Reform and The College Fix exist? Why are organizations such as Freedom of Individual Rights in Education, Alliance Defending Freedom and Speech First there to help students defend their student civil liberties on college campuses?

I see students in classes who are afraid to say what they think on certain issues because they are afraid of being judged by others or even their professors. While it can be frightening to speak up in class in general, I have spoken to several students who are worried about being ridiculed by their peers, professors or other faculty members for speaking their thoughts. An example was when a teacher’s assistant at the University of Utah tried to set up a “second amendment zone” in the back of a classroom for students who conceal carry — an issue a concerned student brought up to Rep. Karianne Lisonbee.

Free speech on America’s college campuses are under attack — even in Utah, a state where we are purportedly known for respecting one’s views and opinions no matter their angle. I have been continually surprised to see numerous issues where free speech is challenged and or restricted on campuses.

This is a national issue and why President Trump’s executive order is needed. Whether one’s views are conservative, liberal, libertarian, moderate or even apolitical is irrelevant to the issue at hand. It’s about allowing students to speak their minds without fear of being restricted or reprimanded for what they say. As long as the speech does not incite violence or threaten someone, all speech is free speech, period. I may agree or disagree with someone’s opinion, but I will defend that person’s right to express it.