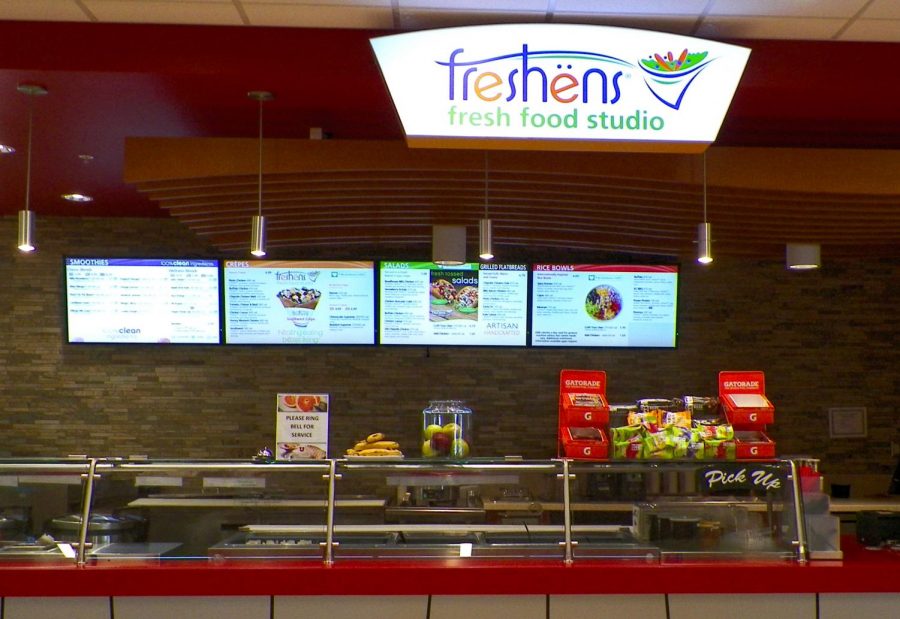 Freshens, a restaurant located in the George S. Eccles Student Life Center (SLC) on the University of Utah’s campus, will be undergoing a major renovation later in the semester. The restaurant will receive a complete makeover, including a different name, façade and an entirely new menu.

Rumors have been floating among students about the restaurant being closed for good during the summer. Despite these rumors, the restaurant has never been closed, according to Dillon Rogers, an employee of Freshens, who has been working for the company for a little over a year.

Freshens was closed temporarily between July 22 and Aug. 11 due in part to short staff during the summer. Additionally, while other employees were on vacation for the summer, it would have been difficult to remain open and be understaffed at the same time.

Wilkin also said that as part of the renovation, the restaurant will no longer be called Freshens but will instead be known as “Shake Smart.”

“We’re excited,” said Wilkin in regards to the new changes.

When asked about the reason for the change, Nesheiwat said that it was “just [to have] something new, something different.” Wilkin said that another reason for the revamp is because the restaurant has not seen a high customer turnout.

The new dorm building under construction next to the Student Life Center, currently known as the “South Campus Housing and Dining Project,” may have influenced the decision to close Freshens and rebrand, according to Wilkin. The new building, which will offer many more dining options, forced Freshens to reimagine itself.

Freshens is expected to close for the remodel sometime between Sept. 15 and 20, according to Nesheiwat. The closing date will depend on how much of their inventory is sold before then.

Freshens is managed by Chartwells Higher Ed, a food distributor based out of Rye Brook, New York. The company specializes in providing dining services for universities and other institutions of higher education in the United States.

According to its website, Chartwells manages the dining services of 280 campuses across the country, including the University of Utah. The company also claims a 98% employee retention rate on their website, along with being a supporter of farmworker’s rights, among other causes. Shake Smart will also be managed by Chartwells.

Most of the dining establishments on campus are managed by Chartwells with the exception of Einstein’s Bagels, Panda Express and Jamba Juice, which are independently owned franchises.

The new restaurant Shake Smart is expected to open Oct. 14. Freshens currently participates in the Transfer Meals program, where students with a meal plan can use the dollar value of a meal swipe generally reserved for use at the Peterson Heritage Center to cover part of their purchase. Shake Smart will also participate in the program once it opens. A promotional “free shake day” will take place Oct. 23 where students can come and get a free shake.