Side to Side: Utah Coaches 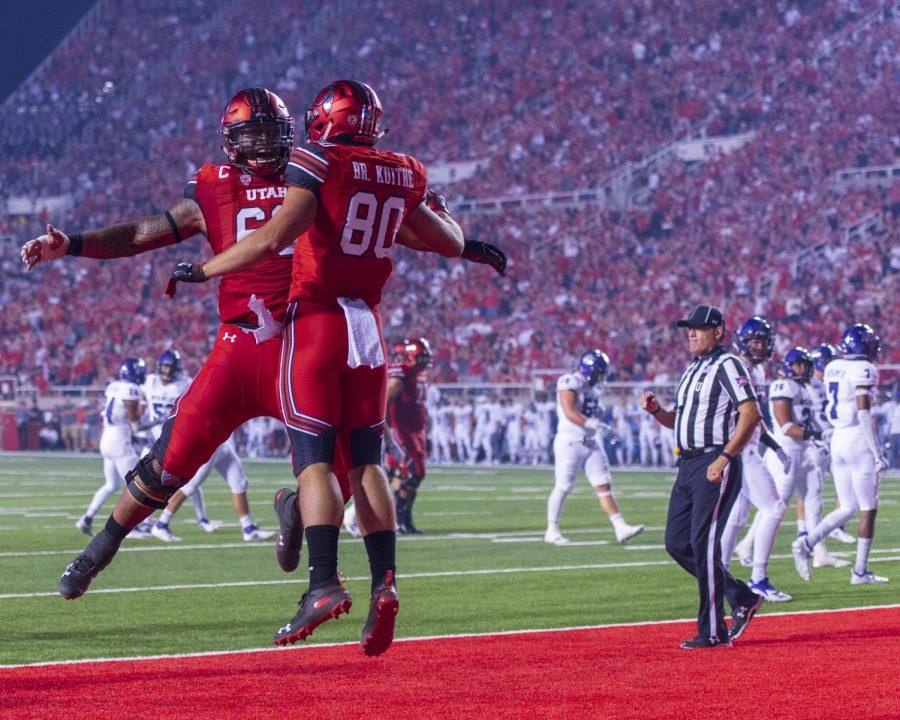 The Holy War is a special game for both fans and players alike. While both groups might have a favorite memory from when their team beat their rival or vice versa, coaches have them too.

The University of Utah has the privilege of having three coaches on staff who have been on both sides of the matchup. Whether it be playing or coaching, they have seen the game from both sides and have the stories to prove it.

If you are a Utah fan, you know the Whittingham tradition of playing at BYU. Both Kyle and Freddie played for the Cougars following in the footsteps of their father, Fred Sr. Freddie was a freshman on the 1984 National Championship team for the Cougs, and was a starting fullback and rushing leader for the team from 1987-1989.

“We feel like we have a huge advantage at Rice Eccles Stadium because we are working on 56, 57 sellouts, our MUSS student section is outstanding, one of the best in the nation and they bring it every single game. You can feel the electricity, the energy transfer to the team that is in Rice Eccles Stadium,” Whittingham said. “However, when you go to a hostile environment and it’s like everybody against you, you also feel some of that electricity and that charge out of that. It gets you fired up because you want to be able to bow up and fight back because everyone’s against you.”

Over the past four years, fans have seen exponential growth in productivity from the wide receiving core at Utah, not only is it due to getting better recruits, but also the hiring of Guy Holliday as the wide receivers’ coach. Holliday coached at BYU from 2013-2015 before making the jump to Utah and helping their players.

Holliday says that he can’t even remember what being in Provo is like, but whether it is prepping for Utah or for BYU, both teams approach it the same way. He looks at the strengths and weaknesses of both teams and goes from there.

“It’s a rivalry game and of course you want to win it because you want to be able to drive 38 miles down the road and say ‘hey I’m a winner’ when I drive past and you want to see somebody wearing a Y shirt walking downtown and smile and wave. Everybody wants that feeling. I’ve been on both sides but fortunately the last three have been some of my favorites so I’ve been smiling a lot,” he said.

Morgan Scalley is the ideal Utah Man. He grew up in the state and when it came to taking his football skills to college, there was nowhere to go but Utah. Not only was he a member of the 2004 Fiesta Bowl team, but he was also named co-defensive player of the year by the Mountain West Conference as well as the 2004 Scholar-Athlete of the Year for the Conference.  Since 2008, he has been coaching the safeties for the U and making them NFL stars.

When playing in the game it was more emotional for Scalley, but now that he has a headset on, it’s about getting in and getting it done.

“As a player, the emotional [aspect] is a little bit different. As a coach, you are just dialed into the game plan and what a team is trying to do to you. As a player, there is so much emotion that goes into it but you still have to sit and play assignment sound. It’s a rivalry, they want to beat their rivals and we want to beat our rivals. The biggest difference as a coach is that you are much more focused on doing your job and getting it done.”

Even though LaVell Edward Stadium is bigger than Rice Eccles by a few thousand, Scalley says that even with fewer people, home is where the noise is.

“The obvious difference is crowd noise. In their stadium, it isn’t going to be loud when our defense is on the field but the crowd noise in our stadium is nuts so guys have to do a great job at communicating and that’s the biggest difference.”

When it comes to Holy War rituals or superstitions, one coach has a routine and one does not.

“I probably follow the same superstitions all the time. I run before every game. I try and get a workout in if it is a day game. It’s more of a routine but then if we lose one I change everything,” Holliday said.