The Holy War for DumDums 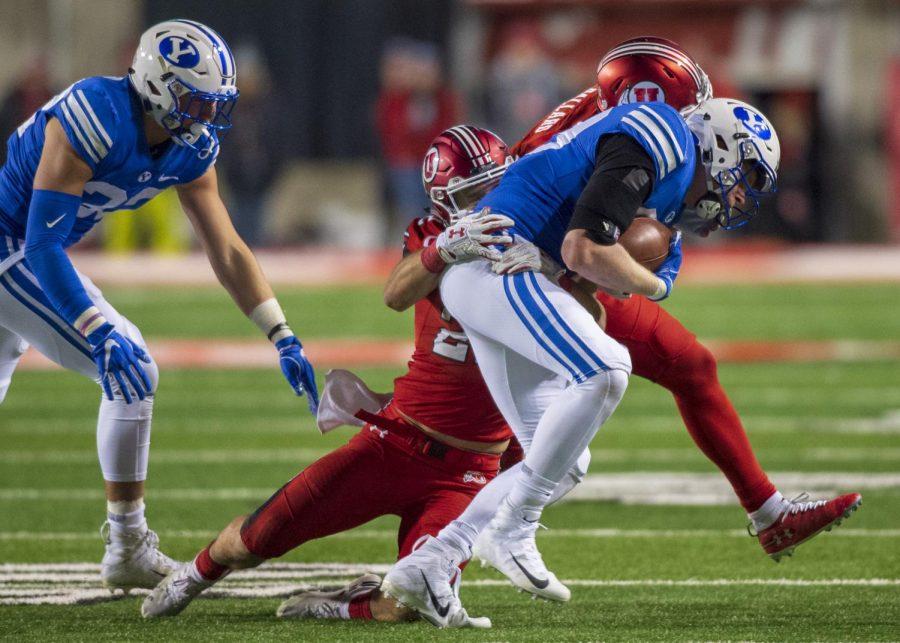 Rivalry games are a staple of college football. USC and Stanford, Michigan and Ohio State, Alabama and Auburn — the list goes on.

In Utah, there are two big powerhouses. Two giants going at it, if you will. The University of Utah vs. Brigham Young University. Utes vs. Cougars. Red vs. Blue.

This is one of those games where if Utah’s only win of the season was against BYU, fans would still be happy that they pulled a win against the Team Down South.

The game is big, but since the two teams are in different conferences, the rivalry game is less known if you didn’t grow up in the state.

As someone who grew up in California and didn’t even know that Utah existed before college applications, I have spent the last two years learning about and becoming invested in this rivalry that rules the state. 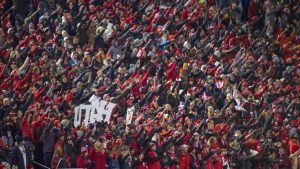 The game between these two schools is ironically nicknamed the Holy War, and this year is the 122nd meeting. Beginning in 1896, the matchup has occurred almost every year, and Utah currently leads the series with a record of 61-34-4.

This year, the Utes are shooting for their ninth straight win after beating the Cougars in a huge come-from-behind victory in 2018.

This game is not only big for football, but the rivalry exists between all sports in a matchup called the annual Deseret Duel. All athletes on campus are invested and involved in beating the Team Down South.

However, the rivalry is also rooted deep for students who grew up cheering for one side or another throughout their childhood.

Michael Nielsen is a junior at the U and he grew up a BYU fan. It wasn’t until he was 12 that he began to support the Utes after they beat Alabama in the Sugar Bowl in 2009. He is a college football junkie who proudly says that he has worn Utah gear every day since June 3, 2018.

“The Holy War is a massive and very important game in the state, and it affects both schools very largely and affects the fans even more so,” Nielsen said. “Being a part of the action on game day is an entirely different experience. You get to feel the energy, excitement and even the resentment to the rival school when you are there.” 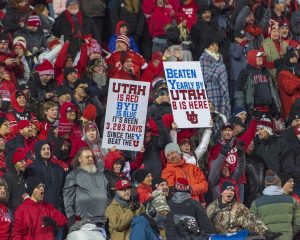 Why We Should Care

This game is fun. There’s no doubt about it. The atmosphere in both stadiums is electric, and fans are diehard every year. Whether you are cheering on your team from Rice Eccles Stadium in Salt Lake City or you’re making the trek to Provo to sit in LaVell Edwards Stadium, the sport entices all.

Because the rivalry is rooted so deep in Utah history, most residents of the state grew up with the game as a part of their lives. Kids were taught at a young age that they either supported the Utes or the Cougars and many of them kept up their support into college when they attended one school or the other.

“My family is torn and we don’t often talk about the Holy War because of my BYU-graduated sister,” Nielsen said. “The Holy War is the defining game for either side of the gridiron.” 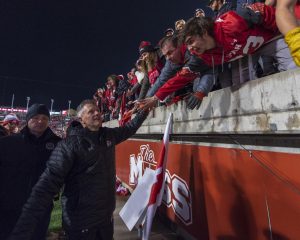 How to Get Into the Game

With all of the history and prestige associated with this rivalry, it may seem like out of state students are arriving too late to the party. However, this game is for everyone! All you need to do is pick your team and start keeping up with them.

There are many students at the U who do not know a lot about the game, and there are plenty of chances to learn more about the event.

“I don’t know a lot about the game,” said Kat Phillips, a junior at the U who hails from Michigan. “Last year I don’t think I even knew when the game was!”

Here are some key players to watch for as we enter Utah’s 2019 season. Tyler Huntley is the quarterback for the Utes. He is in his senior year and last year he led the Utes when he went 150-of-234 with 1,788 passing yards.

Zack Moss is a returning senior who is a running back. He is a running back who had 1,096 yards on 179 carries and also scored 11 touchdowns. He is joined by junior Britain Covey, who is a junior wide receiver who led the team with 60 receptions.

Bradlee Anae is a powerhouse on the defensive line. Last season, he was named to the first-team all-Pac-12 and his 15 career sacks are 11th on the team.

New fans can watch out for these players and more as we begin the single-digit countdown to this year’s edition of the Holy War!