Chavez: The American Dream is Capitalist Ideology, and We Can Do Better 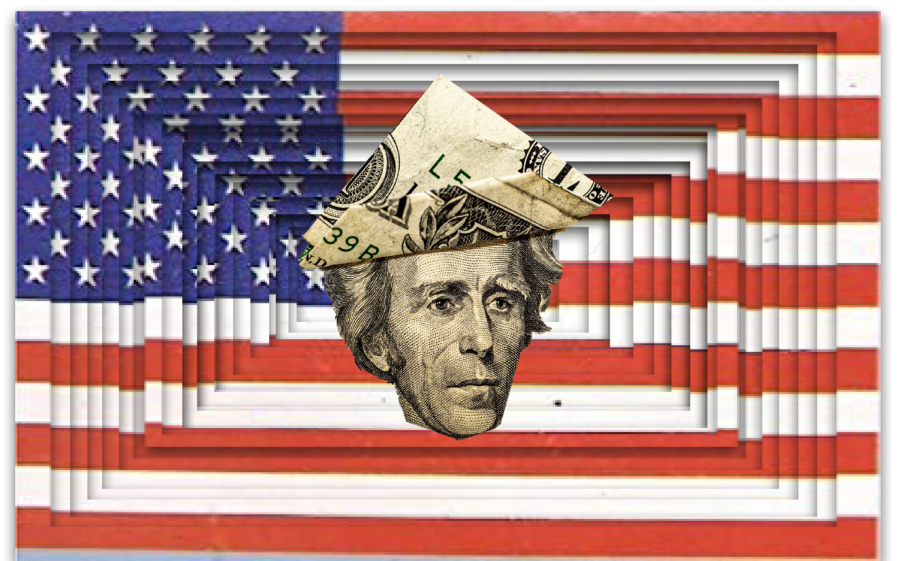 As wealth inequality continues to lengthen between the top 1% and the bottom 99, many people have presented their ideas on how to combat this discrepancy and make the economy work more positively for a larger amount of the population. To put it simply, this country needs to care about people more than it cares about money.

The federal minimum wage hasn’t been sufficiently adjusted in 10 years, but housing costs continue to skyrocket. Medical bills and student loans are burdening people to the point of bankruptcy. Over the years, politicians like Senators Elizabeth Warren and Bernie Sanders have introduced legislation and sweeping policy ideas that would drastically help the American working and middle class, but their proposals are always met with a lot of resistance.

Warren was a professor specializing in bankruptcy law, and she was instrumental in the creation of the Consumer Protection Bureau after she saw the cause and effects of the Great Recession in 2008. She became the first female Senator from Massachusetts in 2012, and she has held multiple spots on financial oversight committees. Her policies support keeping a strong social safety net in place to prevent people from falling into poverty, and her 2020 presidential campaign is centered on “fighting for America’s promise for all of us.”

Although Sanders is currently running for the Democratic nomination, he has always considered himself progressive and was declared as an Independent for much of his political career. In his 2016 bid for the nomination, he brought ideas of democratic socialism to the forefront of his campaign. Healthcare as a human right, a livable minimum wage, and strong unions are issues Sanders has been advocating for a long time. In his own words, he is running for president so that together, we as a people “can achieve economic, racial, social and environmental justice for all.”

According to the Democratic Socialists of America, “Democratic socialists believe that both the economy and society should be run democratically — to meet public needs, not to make profits for a few. To achieve a more just society, many structures of our government and economy must be radically transformed through greater economic and social democracy so that ordinary Americans can participate in the many decisions that affect our lives.”

Much of the resistance to these tenets of democratic socialism come from a deep attachment to the American Dream ideology that touts claims of individualistic success through a free market system. We cling to the belief that if we just keep working hard, we will one day reach the upper echelon of success.

In the textbook Critical Media Studies, written by professors Brian Ott and Robert Mack, they define ideology as “a system of ideas that unconsciously shapes and constrains both our beliefs and behaviors.”

The working class’s belief in the American Dream is extremely beneficial to the billionaire class, whose wealth has usually been generational and not “earned” in the traditional sense. Many working class people believe that they are only temporarily on the bottom, that their eventual rise to the top is inevitable. The idea of higher taxes on the wealthy seems less than ideal if you think you are only a few steps away from being affected yourself.

The unfortunate truth, however, is that most Americans do not transcend the economic class they are born into. Not taxing the wealthiest members of society keeps a ridiculous amount of money tied up within stock markets and offshore accounts, only generating more wealth for those who already have it, when a higher marginal tax rate could fund multiple federal budgets.

All Americans should have equal access to education, healthcare, childcare, safe infrastructure and food diversity. We claim to be the best country in the world, but what evidence do we have to back that up? Compared to other Western countries, we are lacking in many of those areas, and it is our brutal capitalist ideology that convinces people to vote against their best interests and keep the working class oppressed.

The idea of conscious capitalism has been proposed as a solution to the human exploitation and environmental disasters capitalism has left in its wake. It is described as “A way forward for humankind to liberate the heroic spirit of business and our collective entrepreneurial creativity so we can be free to solve the many challenges we face.”

Andrew Yang may not be a front-runner in the Democratic primary, but has brought a policy to the presidential campaign that hasn’t been discussed in American politics in over 40 years. He believes that human-based capitalism should be our next step forward. And in order for the general human welfare to improve, as technology changes our economy, we need to make some changes. He proposes a universal basic income of $1000 a month given to every person over 18.

Human lives are more nuanced than productivity standards and supply and demand. Especially when it comes to things like healthcare and education, late-stage capitalism is hurting the average person much more than it helps them. We’ve reached a pivotal point in history, and I encourage everyone to look at the ways capitalist ideologies may have influenced their behaviors or beliefs about the economy.

Do you feel the need to stay productive or make money to feel of value? Do you look down on those who earn less than you or cannot work a traditional job? Are you more comfortable with your friends crowdfunding their medical bills than your taxes going towards a universal healthcare system?

Over and over we’ve seen that corporations throughout all industries have policies that value profit over the humanity of the working class. It eats away at the spirit of the nation, but the cultural narrative tells us that as individuals, we must fend for ourselves. We are caught in a cognitive dissonance of needing connection but desiring personal gain and self control above all. Things won’t change until we confront why we hold these values, and what we truly want from our short time on this planet.

It’s easy to feel overwhelmed at the state of our world and nation, and I know it is naive to think that radical change will happen overnight. But I believe that there are a lot of hardworking, good-hearted people out there just doing the best they can. I hope we can all understand that the principles this nation was founded on, give us the freedom to make improvements as civilization changes, and I have hope that we can make the right decisions before it is too late.