The Art of the Walk-on Scholarship 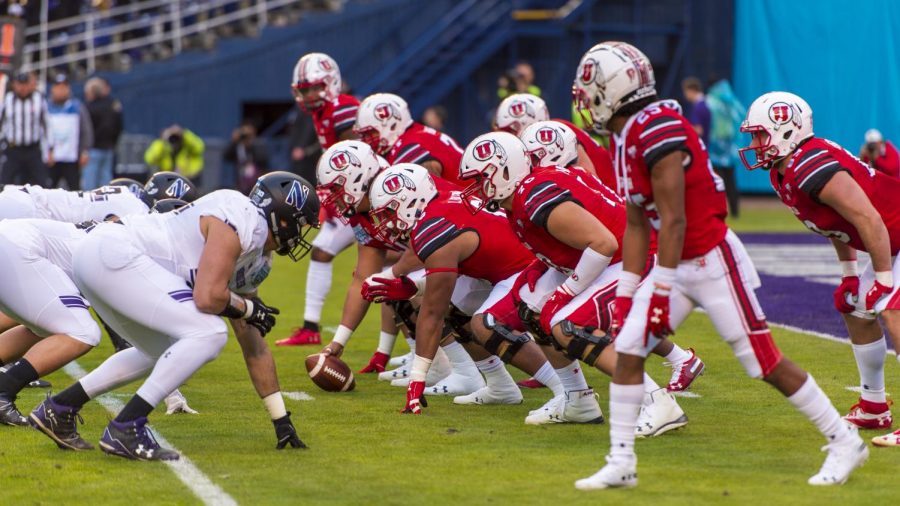 With social media, college football teams try and build their brands the best they can. Some accounts are comedic, while others take more of a serious tone. Not only is the University of Utah football team’s social media funny, but they have also built up a brand with their amazing scholarship announcements.

The tradition of revealing a walk-on getting a full-ride creatively goes back to 2016 when Ken Hampel received his scholarship in a team meeting. Others that have had their announcements put on social media are Christian Drews, Matt Gay, Paul Toala, and Jordan Howard. Since the Hampel announcement video, the creativity of the announcements has just gotten better.

A walk-on player is a student-athlete that wasn’t initially offered a scholarship to play their given sport coming out of high school, but the coaching staff still wants them to be part of the team. Walk-ons have to pay their tuition but still, get the chance to play the sport that they love.

In February, right as the team was finishing running gassers after spring practice, a phone rang while head coach Kyle Whittingham was speaking to the team. He answered the phone and said it was senior offensive linemen Kyle Lanterman’s mom. Whittingham says that if you watch his face during the video you see the fear on his face.

He never expected the call to be about being put on a full-ride scholarship. He says it was something he never thought would happen.

“I never expected any of that, I’m the guy that does my work and I don’t expect stuff like that. It was the last thing I was expecting,” Lanterman said.

His mom, Roberta, was in on the reveal for only 24 hours. According to Lanterman, there was a lot of behind-the-scenes work that had to be put in since his parents reside in Long Beach, CA. Whittingham called Lanterman’s mom the night before and told her the plan. Coach Whitt, as well as the team’s social media manager, walked Roberta through the whole process, and they even sent her a text when it was time to make the call.

“Coach Whitt called my mom the night before and my dad was downstairs watching TV and my mom was on the phone and was like ‘it’s Coach Whitt, it’s Coach Whitt,’ and he was half asleep,” he said. “My whole family, my mom, my brother, my dad all woke up early because we got done around 7:30 here so they were up at 6:30 ready to go for the call and it was awesome.”

Lanterman’s scholarship announcement video has over 152.4K views and thousands of likes and retweets. He didn’t know it had blown up until hours after the video was posted because he isn’t on social media.

“I’m not someone who cares about that kind of stuff, but the reason I enjoyed that it went viral was I wanted other walk-ons around the country to know that you can accomplish this stuff and I wanted to serve as an inspiration and from that sense, it was cool,” he said.

On Aug. 15, a few days before school was set to begin, while in a team meeting, Coach Whitt announced that he had a video to show from a friend who coached at the Naval Academy. The video started to roll and Head Coach Ken Niumatalolo showed up on the screen and gave the team a short pep talk. Right as the video was about to end, Coach Niumatalolo said he had one more thing to say.

“Oh, wait a minute I forgot one other thing I was gonna say,” Niumatalolo begins in the video posted on @Utah_Football. “Ali’i my son, congratulations, I give you a scholarship,” he says, as you see the entire team start celebrating the junior tight end being given a scholarship from his father.

Ali’i’s announcement has over 124.6K views on it and a few thousand retweets from Utah and Navy fans alike celebrating the occasion.

The next day in another team meeting, you see two assistant coaches open the door for a Pie Pizzeria delivery man. The delivery man says the pizza was supposed to be delivered to the team room as he was about to be escorted out of the meeting room Coach Whitt called him down to the front of the room and asked who the pizza was for. He then announces to the team, “Malik freakin Haynes, you think you are such a badass now that you are on a full scholarship.” The room erupted into cheers and shouts for their teammate.

“I thought it was a distraction from the team activity,” Haynes said. “But then it ended up being a full ride so that was pretty exciting.”

Haynes’ announcement has over 565.3K views and was even reposted by media outlets like Bleacher Report, ESPN and NBC Sports.

Haynes also says that he didn’t expect anything different heading into that team meeting even though one of his teammates was given a scholarship the night before.

“Anything can happen, I was just expecting a regular team meeting and then when I hear my name called I was like ‘what’ and then I kinda calmed down,” he said.

On Aug. 17, as the team was wrapping up their final practice of Camp Kyle, the team gathered on the field at Rice-Eccles Stadium for their post-practice conversation. A part of that meeting is about giving thanks to groups that help the team on and off the field. That Saturday’s group happened to be the athletic trainers.

The trainers lined up in front of the team and introduced themselves as they went down the line when they reached the final person the woman took off her sunglasses and baseball hat and identified herself as Noelle Woodward, the wife of senior running back Mason Woodward.

“Hey guys I’m Noelle Woodward, Mason Woodward where you at?” she said. “Hey babe you are going on scholarship,” she finished as the whole team surrounds him and starts pouring water on him and celebrating.

Woodward’s announcement was streamed live on Periscope being seen live by 17.1K people. The video that was uploaded a few hours later added another 23.6K view to the total.

In all of the reveal videos, the team surrounds their teammates and celebrates with them. In Niumatalolo’s video, after he thanks the coaching staff and the team, you see Lanterman be one of the first people to hug him. From the videos, you can see that every member of the team is genuinely happy that their teammate and brother got what they had been working so hard to get.

In 2019, four walk-on lives were changed and over 883K people were there to celebrate with the team.

In a video posted on the Utah football twitter account in which Whittingham gave senior Paul Toala a scholarship last year, he said that giving out scholarships to walk-ons was one of his favorite things to do.