Barron: What Goes Down the Toilet Can Have a Crappy Effect On the Environment 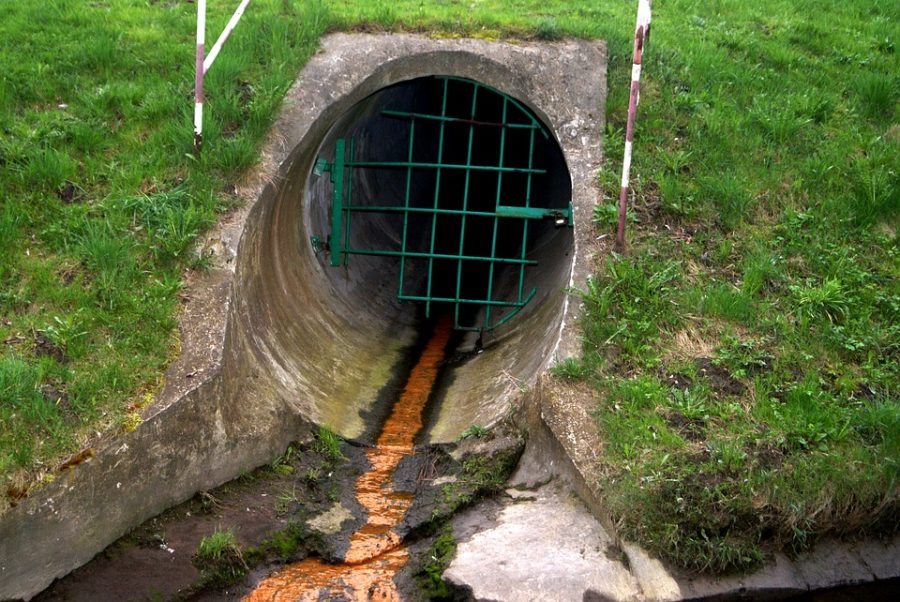 When you think of an environmental warrior, you may think of Earth Guardians Youth Director Xiuhtezcatl Martinez or teen climate change activist Greta Thunberg. Among the last things you might think of are the cutesy bathroom signs in freshman dorms that remind students not to flush underwear ⁠— or roommate ⁠— down the toilet. These signs are silly, but they serve a crucial remind that the sewage system is only capable of handling number-one, number-two and toilet paper. Choosing to flush feminine hygiene products, wipes, and contact lenses might seem inconsequential, but these careless actions cost taxpayers and, more importantly, our environment.

An estimated 1.4 billion tampons are flushed annually. As someone who menstruates, I will admit to previously belonging to the cohort of over 5 million women who flush their tampons during their periods ⁠— though, in my defense, I wasn’t aware that I shouldn’t. Unfortunately, most women are not aware that their waterlogged tampons can end up in rivers and lakes, as waste treatment plants are not equipped to filter tampons out of wastewater prior to releasing it into local waterways. Over a decade of beach cleans, more than 20,000 tampons and applicators were collected by litter pickers volunteering with the United Kingdom-based non-profit Marine Conservation Society. And the presence of tampons in our environment is even more alarming when considering that there are toxins commonly found in commercially available tampons (such as carbon disulfide, which is known to have negative effects on reproductive systems).

Jill Jones, general manager of the Central Davis Sewer District, began a recent meeting with members of the Utah State Legislature’s Public Utilities, Energy and Technology Interim Committee by stating, “Today, we want to talk to you about our worst nightmare. That’s wet wipes.” Jones continued her presentation explaining that wet wipes, even those labeled as “flushable,” do not break down quickly like toilet paper. They contribute to system clogs by creating “fatbergs” ⁠— clumps of wipes and grease that congeal in sewers.

These system blockages increase the risk of the sewer system flooding and contaminating the surrounding environment with dangerous, untreated wastewater. Similarly, raw sewage was dumped into Utah Lake until 1967 and has fueled algae growth, harmed the quality of water and damaged the habitat of the native fish. More than 50 years later, the lake is still struggling to recover. Additionally, removing these blockages to prevent flooding is expensive. Jones estimates that statewide, more than $3 million is annually spent to remove these blockages and to repair whatever damage they have caused to the system.

A recent study published by Arizona State University investigated the journey which disposable contact lenses take once they are thrown out, leading researchers to discover that 1.8 to 3.6 billion lenses are thrown out each year in the United States. Researcher Charles Rolsky commented on the findings, “This is a pretty large number … [contributing to] about 20–23 metric tons of wastewater-borne plastics annually.” Like tampons, contact lenses slip through wastewater plants’ filter systems, eventually breaking into microplastics that are consumed by wildlife. These microplastics can also find its way into our food and water supply. The study notes that “for about every two pounds of wastewater sludge, a pair of contact lenses typically can be found.”

People are not flushing tampons, wipes, contacts or anything else not meant for sewer with the intent to damage the system and the environment. They are doing it because it is convenient and they are unaware of the harm they are causing. To address negligent flushing, there should be education and in some cases regulation ⁠which bans the use of “flushable” for products that fail water industry tests.

Increased materials innovation is needed to create products that mitigate environmental and human health issues if disposed of improperly, and conversations need to take place to educate people on what can and cannot go down the toilet. Perhaps talking about the effects of carbon disulfide, “fatbergs,” and microplastics on the environment in the context of our sewer system is not polite party conversation, but you can always enlist the help of a cute bathroom sign near your toilet to remind you and your guests to be mindful of what is flushed down the drain.