Reese: The LDS Church has a White Nationalist Problem 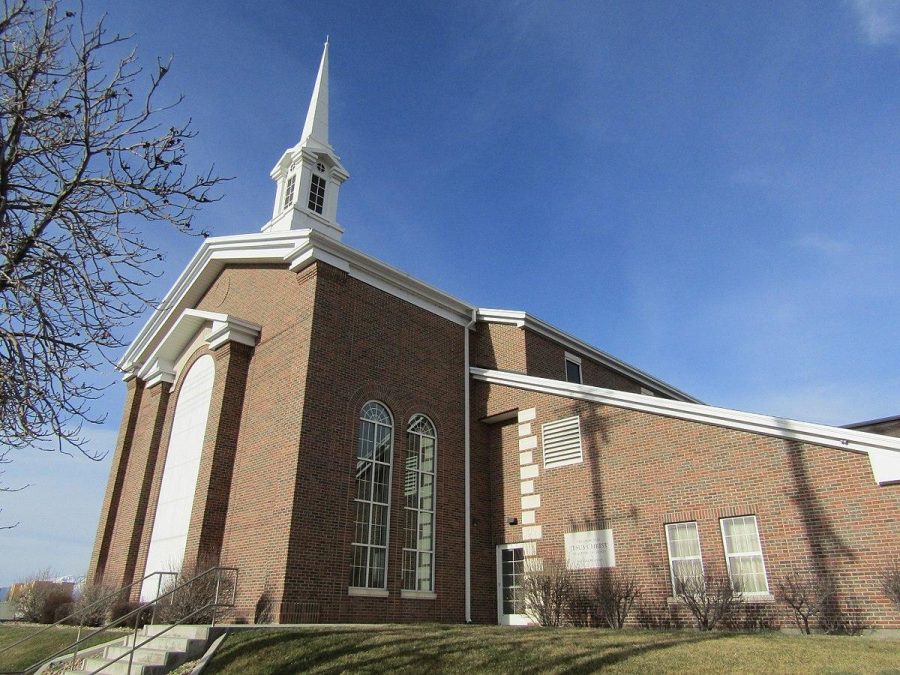 White nationalist activity is on the rise in the United States, and the state of Utah is no exception. The Church of Jesus Christ of Latter-day Saints, Utah’s most dominant religious and cultural influence, has always had fringe white nationalists within its membership, many of whom first learned their ideas about racial superiority from the church’s own doctrines of a “white and a delightsome people.” The internet has allowed communities of Latter-day Saint white supremacism to flourish, often anonymously hiding behind profile photos of past prophets and tagging their alt-right faction as DezNat, a hashtag short for “Deseret Nation.”

Like many alt-right groups, DezNat was not taken particularly seriously when they first started to appear around 2018. ABC 4 News reported on their activity but failed to address the seriousness of this growing group of white nationalists who consider themselves acting on the wishes of one of the largest institutions in Utah. Members of DezNat argue that they do not have an ideology and are only motivated by a desire to “follow the prophet,” as written by one member, Tanner Guzy. In what seems to be some sort of overcompensation, Guzy has based his Twitter in painful efforts to portray himself as a strong, traditional, masculine man. He does a good job of normalizing white nationalism, making it look compatible with the lifestyle and beliefs of the average Latter-day Saint guy, and he is just one of the many pushing a hateful, racist and vile ideology — one I believe that the LDS Church leaders would not agree with.

DezNat claims not to have any formal organization, but they do share an ideology far more sinister than Guzy’s vague claims of loyalty. DezNat believes they are the true followers of Christ and the prophet, that they alone interpret doctrine properly among Latter-day membership and that they must fight against the empowerment and expression of LGBTQ people, socialists, minorities, women and progressive members of the church.

One Reddit user described DezNat as “some sort of far-right Mormon circle jerk,” but DezNat is not a small, harmless group. It is cultivating a strong following of fellow Latter-day Saints who join the online movement, most keeping their real identities hidden. The Deseret Nation YouTube channel provides perspective into the group’s beliefs with videos promoting the subservience of women, anti-vaccination activism and variations of the flat-earth conspiracy. Hundreds of DezNat accounts regularly pop up on Twitter (some, of course, are taken down) with many targeting the LGBTQ community, women, people of color and even non-American white people (some in DezNat are extreme enough to have a thing against Europeans, who they refer to as Europooreans).

I have had my own interactions on Twitter with members of this group who have targeted me because of my sexuality. The user who harassed me (as well as several others) used “Warren Jeffs Groyper” as their screen name. Warren Jeffs is the imprisoned leader of the FLDS Church who was incarcerated in 2011 for the sexual assault of underage girls. The term “groyper” refers “to an exploitable illustration of Pepe the Frog resting his chin on interlinked hands, variations of which are commonly used as profile avatars among the alt-right and new right on Twitter.”

While his attempted insults were pathetic and unoriginal, it was also ironic that he called me a pedophile (and claimed I was “turned gay” by being raped by a pedophile as a child) while his own profile image was that of a convicted pedophile. However, he did give me a good name, “an actual sodomite degenerate,” in case I ever decide to start a punk band.

While myself and many other targets of DezNat harassment may joke about the idiocy of this Mormon-brand white nationalism, it should not be taken lightly. As well as being targeted myself, I have seen a DezNat account tag ICE in a conversation with a Latinx user. DezNat is more than happy to weaponize the government law enforcement agency responsible for family separation, racial profiling and imprisonment of immigrants from Central and South America. As the Trump Administration continues its inhumane immigration policies, this threat to Latinx people within the U.S. only grows.

The church should be highly aware of the hateful rhetoric its members spew using the names and images of prophets and church doctrine online. This is especially needed as national violence rises and the church wishes to be an open, safe environment for all members. Leadership has already issued a statement condemning the separation of families at the border, and it must create an environment without racial animus toward converts from the high amounts of mission work in Central and South American and African countries.

Church leadership has done this before, such as its role in subduing the Ku Klux Klan’s growth in Utah. The church has a doctrinal opposition to the KKK, as it is a secret society.  In the 1920s, the KKK was growing all over the U.S. (including Utah) and gaining both political and social influence. In 1925, a black man was lynched twice while over 1000 Utahns watched and overpowered law enforcement efforts to break up the crowd. Governor George H. Dern spoke out, saying, “Lynching is a crime and a disgrace to the state. Use all proper measures.” His demands for legal action resulted in the arrest of 11 men, some of whom were members of law enforcement.

Opposition also came from the church, and its past efforts to stop the KKK shows that DezNat fails to follow its own doctrine, the claimed “core” of their faith. Much like the KKK, DezNat members communicate through secret channels and fake identities to spread violent, racist rhetoric. Make no mistake — DezNat itself is a secret society.

The church has a moral responsibility to address the growing white nationalism within its membership. It would be wise to excommunicate members who spew such vile hatred and declare that their actions represent the faith and the word of God. If this is not nipped in the bud, other members may become vulnerable to white nationalism. While they may hide their identity online, many DezNat members are active members, parents, neighbors and local leaders in Utah communities. The church must do everything in its power — and its power is great— to use education and advocacy to eradicate the white nationalism in the psyche of some members. The church has an alt-right problem and they must be the ones to end it.