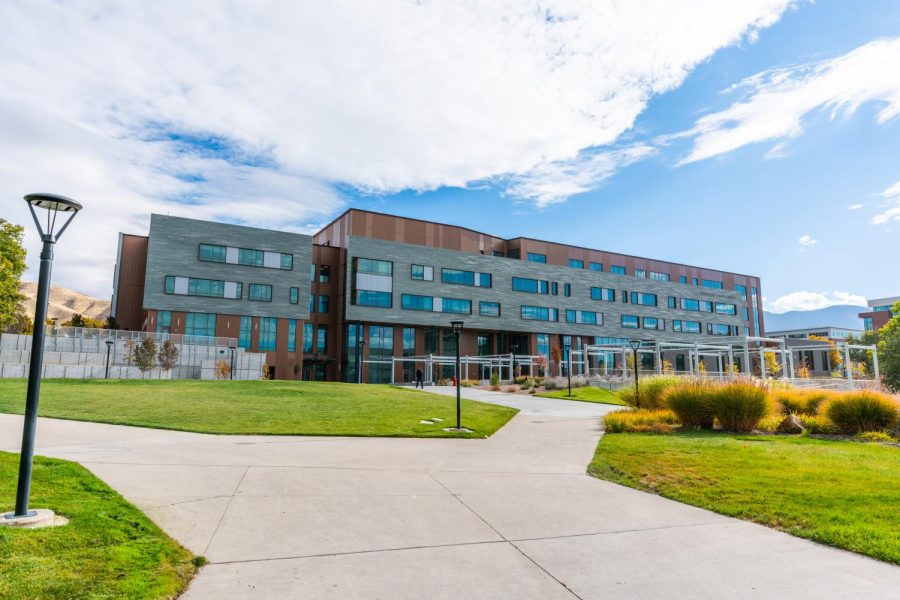 On Monday, Sept. 2, the Department of Public Safety (DPS) sent out an announcement regarding the equipment failure of a chilled water plant on campus. This failure inhibited cooling capabilities across eleven buildings on campus, causing a spiral of issues for students, staff, and faculty.

The majority of the buildings affected were humanities and engineering buildings. DPS made it a priority to extend alternative cooling systems to buildings conducting research or with temperature-sensitive technology. Because of this, many students were left to brave temperatures upwards of 85 degrees while in class.

“It affected my ability both physically and mentally to get through my dance class,” said Mya Dixon, a freshman studying modern dance. “It was so hot that I could only think about how hot I was and not dancing. I almost passed out it was so hot.”

Although the equipment failure was out of anyone’s control, it presented potentially dangerous physical and mental consequences to students and staff throughout campus. With outside temperatures that week reaching upwards of 98 degrees, there was no haven from the heat.

“After traveling almost a mile from the dorms in the 90-degree weather only to find out the AC was not working in my first class was extremely frustrating. It made it so hard to concentrate during the lecture because I was so uncomfortable and angry,” said Juliemar Medina, a sophomore majoring in environmental and sustainability studies. “I found myself being so distracted with the heat that I did not retain any of the lectures which in the long run only made me more frustrated when the homework for that lecture came along.”

Many students and staff had to face hazardous conditions throughout the week and were extremely unhappy about the situation. Professors were left to their own devices in coordinating alternative rooms for teaching and many were forced to either release class early or cancel it entirely.

“Everyone in my Tuesday class looked ready to collapse from the heat,” said English professor Matthew Potolsky. “I had to let one of my classes out early because the room was too hot. I ended up moving that class to a room in a different building on Thursday.”

Potolsky said that adjustments could have been implemented in transitioning the affected classrooms. “I wish there had been a more concerted and centralized effort to move classes out of the affected buildings, and to find alternative spaces on campus in cases where classrooms were not available,” he said. “Everyone was on their own last week, and a centralized plan would have made the outage much easier to bear. And let’s not forget that staff in the affected buildings had to stay put to do their jobs.”

This air condition outage affected hundreds of people across campus, and provided uninhabitable conditions in some buildings. As the first few weeks of school hit record high outside temperatures, it was a stroke of never-ending bad luck to have this outage ensue when it did. Thankfully, students and staff can look forward to a much cooler week. The water plant is now fixed, and outside temperatures are taking a drastic drop.