MUSS Adopts New Ticket System — But Has it Impacted Sales? 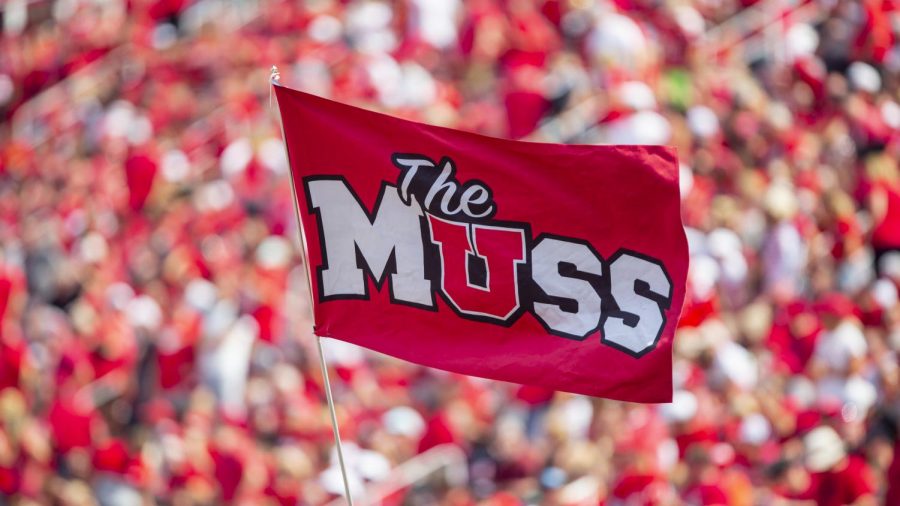 “We’re up to snuff, we never bluff, we’re game for any fuss. No rival band of college fans dare meet us in the MUSS.”

These are the words that the students of the University of Utah sing whenever the fight song plays. The MUSS is a unique student section within the world of college athletics. The Mighty Utah Student Section may be smaller than its counterparts across the rest of the Pac-12, but there is a reason that the 6,000-strong, dressed-in-crimson MUSS was ranked by the NCAA in 2014 as the fourth-best student section in the nation, only behind the likes of Wisconsin, Texas A&M and Penn State. But is the excitement for the MUSS dwindling this year?

MUSS Board President Steven Jessup doesn’t seem to think so. “The numbers [of tickets sold] are the same as they’ve always been.” The MUSS has two distinct types of tickets that are available to students — MUSS Premium and MUSS Regular. MUSS Premium ticket holders have assigned seats within the MUSS, and they get to attend a Red Robin tailgate before each home game. “MUSS Premium is sold out at 6,000 strong,” Jessup said. However, MUSS Regular tickets are still available. MUSS Regular tickets “are available on a game to game basis. However, all the games are currently available,” Jessup said.

MUSS Regular does not have assigned seats and are in the standing room only section above the MUSS. These unsold MUSS Regular tickets are not a new factor. “We are given 6,000 seats to sell as ‘MUSS premium’ passes and the rest are held as a regular MUSS ticket that can be claimed for free, thanks to the athletics fees that students pay in their tuition,” Jessup said. “The only thing that changed this year is the verbiage.”

However, the verbiage is not the only thing that has changed this year in the MUSS. The way the MUSS tickets are used has created controversy among the 6,000 that make up the U’s Mighty Student Section. The past few years the MUSS premium tickets have been handed out all at once, with each of the home games having their own separate ticket to go with their MUSS issued lanyard. This year is different — each MUSS member now has only one basic ticket with their name, seat and UID within their lanyard that they must have on their person. Each MUSS member now has all of their individual tickets within their Flash Seats account.

Junior Abby Harper described the new ticketing process as “a pain,” continuing, “It’s not great. It’s hard to keep up with just one ticket for the whole season, I wish they would just switch completely to flash seats if they’re going to change it.” However, there is a method to the madness. Jessup said, “The decision to use Flash Seats was made by the ticket office. They wanted to go to an all-electronic system and it gives us better tracking of who is attending the game.”

In regards to MUSS attendance, Jessup said “Game time is the biggest factor in game attendance. As we saw last week — Utah v. NIU — day or morning games don’t hold a lot of appeal to our students. Our campus is accustomed to evening games, and that’s when we see the most crowds.” When asked when the MUSS will start to have large crowds, Jessup said, “Once we start Pac-12 play I expect the MUSS to be full throughout the season. I definitely think [the] Washington State [game] will be packed.”

Any U students looking to claim their free MUSS regular tickets can click here to go the MUSS ticketing website.