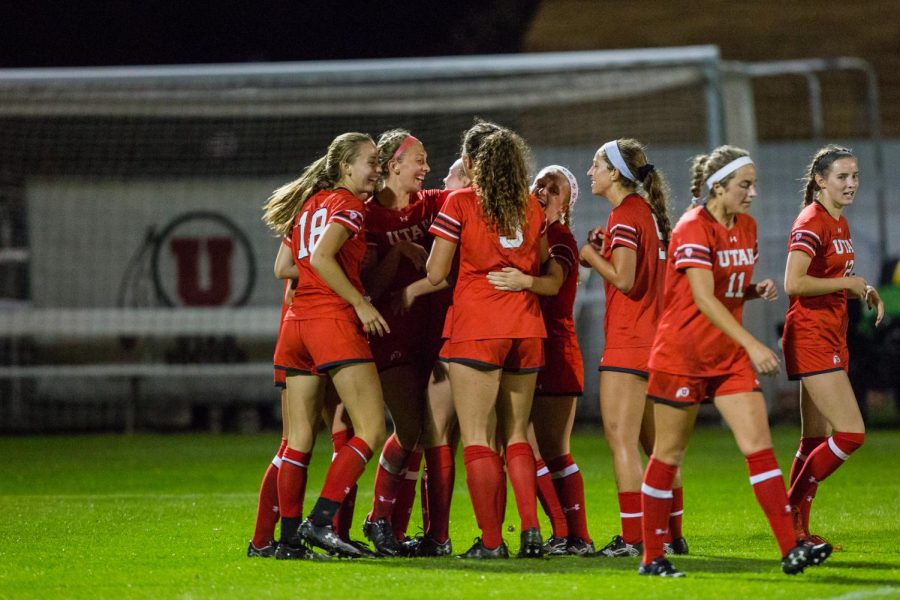 The University of Utah soccer team is gaining some momentum. They are coming off two straight wins, and they will try to make that four this weekend before heading into Pac-12 play.

Utah faces Butler on Friday and San Diego on Sunday in their last two tune-up games before starting conference play. They’ve won their last two games against Nevada and Boise State, pushing their record to 4-3. They will finish off their schedule against non-conference opponents with both games hosted at home this weekend.

The Utes are coming off a win over Nevada, 2-0, with goals from Holly Daugirda and Aleea Gwerder. They will try to grab two more shutout victories — in all four of their wins this season, their opponents didn’t score a goal.

Butler is currently 5-3. They beat Kent State 2-1 in their last game. All three of their losses this season have been by just one goal. This is the Bulldogs’ last game before they start conference play in the Big East, and they certainly want momentum going into a matchup with Seton Hall next weekend. The Utes have never played Butler before.

San Diego is currently 4-3, same as the Utes. They are making the trip to the Salt Lake Valley for two games this weekend, playing Utah Valley University on Friday and the Utes on Sunday. These are also their last two games before conference play in the West Coast Conference. They are coming off of a 1-0 loss to California State University, Northridge, last weekend. The Utes are 3-1 over San Diego overall, winning the last two meetings. In 2004, they lost 0-3 in San Diego. The Utes have won twice at home and once on the road against the Toreros.

Both games this weekend will be at home, returning to Ute Field after three games on the road. The Utes are undefeated at home, 2-0. Butler is 2-2 on the road, while San Diego is 1-3.

This is a nice chance for the Utes to build up a winning streak before Pac-12 play. If they win both of these games, they will be 6-3 with a four-game winning streak. Both of these games are easily winnable if the Utes play well, as they have in their past two outings. They will need this momentum going into the gauntlet of Pac-12 teams every week for the rest of the season.

A big test like this with two games coming so quickly is a great way for the team to prove what they can do. They can put early season disappointments behind them and show that they are a true contender in the Pac-12 with some statement victories this weekend.