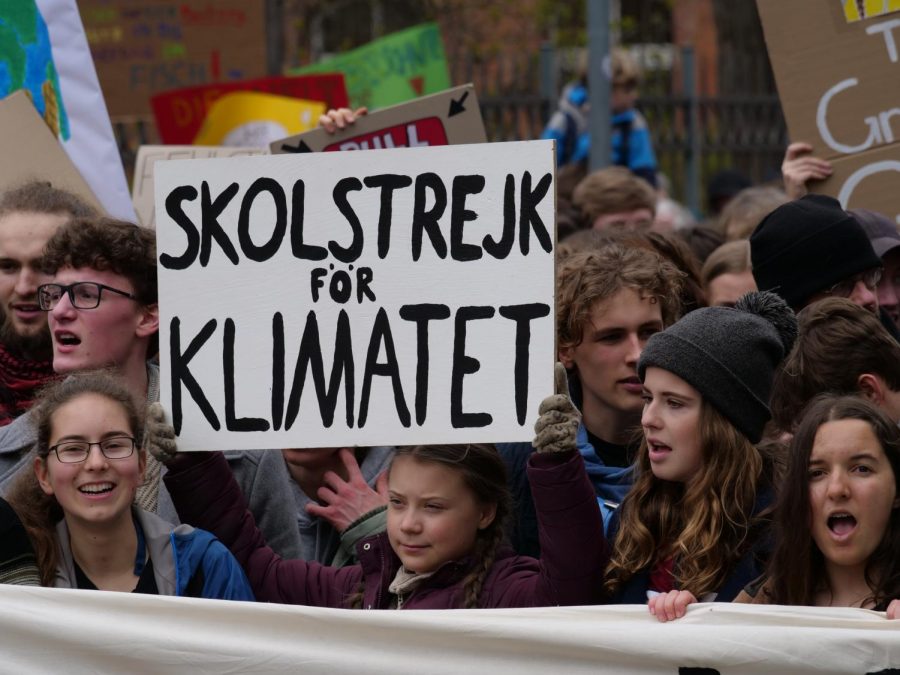 Ethan Petersen is a first-year student at the University of Utah’s School of Medicine. He’s also been arrested twice this year in protests against Salt Lake City’s impending inland port as an activist with Civil Riot. The group takes issue with the port for a number of reasons, but environmental racism, pollution and climate change are arguably chief among them.

As a medical student, Petersen is taking a serious risk with his activism. If the state were to press charges, he’d likely be dismissed from the program in a heartbeat, sending years of hard work and thousands of dollars down the drain.

For those familiar with the arduous process of applying to medical school and all of the stress it entails, it may seem baffling that a young student such as Petersen would jeopardize his career over an environmental issue. Where are his priorities? Why take such a personal risk?

Most people might scoff at the thought of jeopardizing one’s education for a protest, but ignoring the threat climate change poses to our way of life ⁠— or even our existence ⁠— shows a different sort of disregard for the future. When considering this, it makes perfect sense that Petersen is willing to sacrifice so much to raise awareness of the destruction of our climate ⁠— and perhaps we should be too.

CNN reported in January that “climate change could force 100 million people into extreme poverty by 2030,” and that the accompanying food shortages alone could drive “a net increase of 529,000 adult deaths by 2050.” And that number excludes the deaths caused by heatwaves and intensified hurricanes, which NASA projects will continue to increase because of our continuously destabilizing climate. Just weeks ago, the Bahamas and parts of the southeastern United States were devastated by just such a storm. Disaster, in other words, is not imminent ⁠— it’s already upon us.

Utah is just as susceptible to the effects of climate change as any other region. Along with all its neighboring desert states, Utah faces increasingly frequent droughts and wildfires ⁠— like last month’s blaze in Bountiful, which destroyed three homes and forced the evacuation of 400 others. Grist’s regional breakdown of climate change effects explains that in the long term, Utah will likely come up against severe water insecurity and food scarcity as a result of its high temperatures and growing population.

These facts barely scratch the surface in terms of the impact climate change could ⁠— and probably will ⁠— ultimately have on life in our state and in the world at large, but it’s clear enough that something has to be done about it. We know that climate change is the result of human behavior. Unfortunately, that means we have to change our behavior in order to avoid ⁠— or at least delay ⁠— its worst effects.

The good news is that there’s abundant research on exactly what lifestyle changes are feasible and will make the biggest difference. It’s well reported, too ⁠— you will not be shocked to read that driving less, avoiding food waste and eating a plant-based diet are some of the most meaningful things individuals can do to reduce their carbon footprint and minimize their contributions to climate change. Thrift shopping, using less plastic and switching to LED lightbulbs are also helpful, among many other things.

The bad news is that all of that is much easier said than done. I’ve been scaling down my meat consumption for years, but still haven’t managed to commit to vegetarianism. I do my best to grocery shop for items I know I’ll eat but can’t seem to go a week without losing some untouched vegetable to rot. Simple as they seem on paper, changes like these often feel impossible to implement with fidelity.

I’m realizing, though, that the climate crisis demands I either change my life myself or let drought, wildfires and food insecurity do it for me.

Petersen already understands this. My 18-year-old sister — who transitioned to veganism after eating vegetarian for nearly five years — understands this. Swedish climate activist Greta Thunberg understands this. Why else would she spend two weeks sailing across the Atlantic Ocean with no kitchen, no shower, no toilet and no room to even change her clothes rather than fly to the U.S. for the United Nations Climate Action Summit?

The bottom line is that things like vegetarianism and public transportation aren’t just nice ideas about how everyday people can help save the planet. They’re becoming fundamentally necessary sacrifices to increase our chances of survival. While the scale of the threat seems too abstract and distant to motivate immediate change, we have to understand that the consequences of eating meat, using plastic water bottles, going for long drives for fun or any number of activities we’ve taken for granted to this point far outweigh the discomfort that may come from giving those things up.