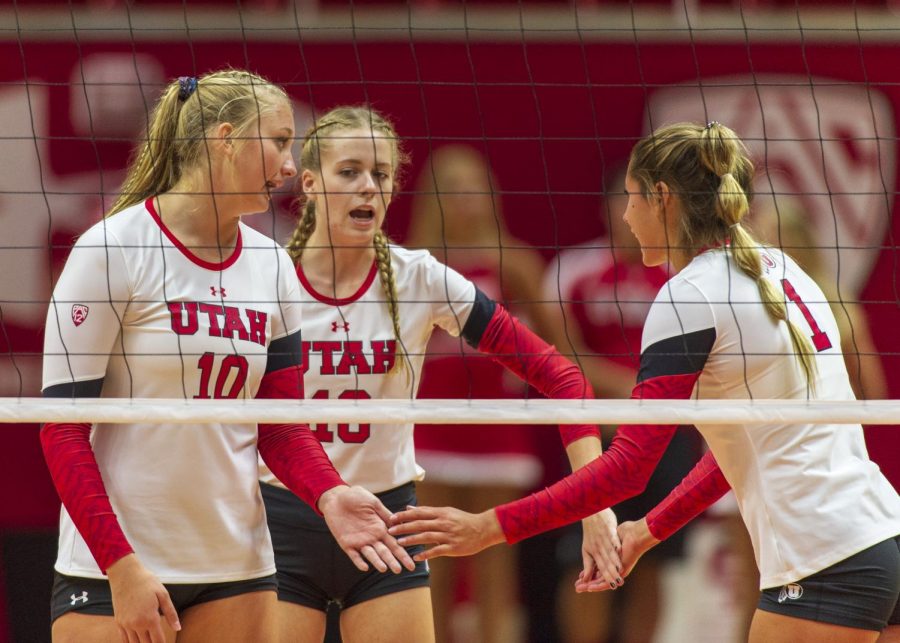 The No. 18 University of Utah volleyball team will begin Pac-12 conference play this week after going 8-3 in non-conference.

After a tough loss last week at home to in-state rival, No. 9 BYU, Utah will be back home in the Jon M. Huntsman Center against the University of Colorado.

The match will begin on Sept. 25 at 7 p.m. for the mythical creature night. The two teams haven’t competed since last November. Last year was a split match, as the Buffs took their home game 2-3 in September, but later in the season, when the Utes were at home, Utah won 3-1.

In previous years, the Utes have been able to come out victorious, especially while at home. They have won both home matches against the Buffs since 2017. Colorado is currently 8-2 on the season, so it’s set to be a good match between the two teams with records this close.

Although the Buffs are coming off three strong wins after sweeping the Colorado Classic, this matchup will be one to watch. Overall, the Utes are 11-6 against the Buffs and looking to keep the number up as they start Pac-12 play.

Dani Drews scored a season-high of 30 kills against the Buffs at home last year.

On Sunday, the Utes will head to Oregon to take on the Ducks for a 1 p.m. day game hosted in the Matthew Knight Arena.

Right now, the No. 24 Ducks are 4-5 on the season, giving the Utes a bit of an advantage going into this weekend’s matchup. The Ducks, however, are coming off a win against Hofstra University, taking all three sets.

Oregon will be playing at Oregon State on Thursday to start off their Pac-12 conference play before taking on Utah. The Utes haven’t won in Oregon since 2016, but were able to take a win from the Ducks last year at home. In the 2018 season, the Utes won at home 3-1 in October, which was the largest margin of win victory in history against the Ducks.

November came around and the Utes headed to Oregon and lost 0-3. Currently, the Utes are 5-12 in matches against Oregon since 2008. With their season record being 8-3, the Utes are looking hopeful going into Sunday’s match.

Last year, Drews scored 18 kills in the match against the Ducks and Kenzie Koerber scored 13.

Both the Utes and the Ducks were able to face No. 6 Pittsburgh in non-conference play, and the outcome was the same for both teams, as they each lost 1-3.

Berkeley Oblad was missing from the defense last year against both the Buffs as well as the Ducks, and her being back should help on that side of the court.

After the games this week, the Utes will head to Arizona next weekend to take on both Arizona and Arizona State (Oct. 4 and Oct. 6, respectively).