Dalley: Media Forces Independent Women To Take a Back Seat 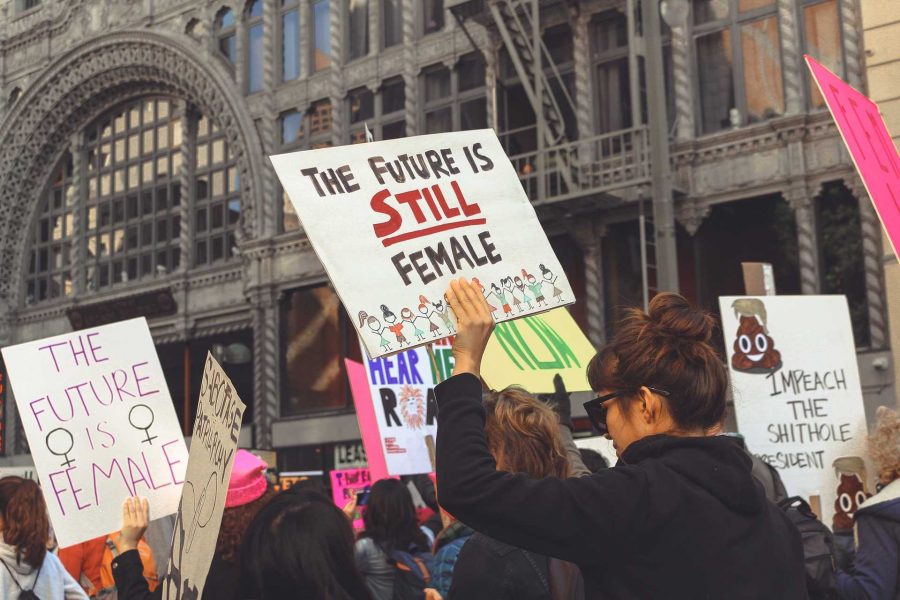 Women who are intelligent and independent have always been spoken about in degrading ways that don’t constitute an equitable society. Often, women are treated as if they can do no right, and their natural talent and expression is often ignored. Women have historically been offered limited options — find a feminine, “respectable” job, marry for convenience, or become sex workers branded as unworthy to walk among decent people. In modern times, women are continually branded as bad moms, bad people and therefore less of a woman. While our culture is steadily changing, the way that we speak of and treat professional women is still rather grim. If we ever want to obtain a society of equity, we must change the way we discuss and combat these issues.

In 2008, Michelle Obama became the First Lady of the United States. She inherited the duties of the title, such as being the hostess of the White House, organizing state functions and attending events beside or in the place of the president. But that was not all she accomplished. Michelle and Barack Obama worked together to lead the United States during his time as president. Michelle is the most educated of the First Ladies, holding two degrees from prestigious colleges — one of which is a law degree. As First Lady, Michelle led or helped lead the Let’s Move, Joining Forces and Let Girls Learn campaigns, as well as encouraging American students to reach for and obtain a higher education. Overall, her time as First Lady was successful, and she has left a distinguished mark on the grounds of the White House as well as our country.

In her memoir, she talks of being Michelle Robinson, daughter of Fraser and Marian Robinson and the little sister of Craig Robinson, long before becoming Mrs. Obama. She described growing up in a small Chicago apartment with parents who gave all they could to ensure that she succeeded in a rapidly changing world. She addressed the obstacles she had to overcome in order to obtain her degrees, how she experienced discrimination because of the color of her skin or for being a woman. Despite it all, she became a wife, lawyer, mother of two girls and a remarkable public servant. There is no denying that Michelle Obama is a successful and classy woman.

Yet, during Michelle’s time as First Lady, she received the clear message that she was meant to be led, not to lead herself. She was required to be the perfect wife, mother, daughter and social organizer. Her role demanded that she make arrangements for guests of the White House, plan state events and avoid making much noise while doing so — unless she was directed to. The level of perfection and conformity expected from her was specifically highlighted by the “debacle” she caused by hugging the Queen of England.

Similar expectations have been demanded of other women for hundreds of years. They are force-fed the message that women are meant to compliment the men in their life, to provide them support and augment their careers all while receiving little to no public recognition for their contributions. This even affects educated and independent women who believe that they are deserving of individual accomplishment, that they are worth more than the work of the men in their lives.

Everyone is taught that women are supporters and not leaders by popular media, including classic and current works of literature. For example, you aren’t even through the first chapter of “The Great Gatsby” before you hear Daisy discuss her infant daughter, saying “I hope she’ll be a fool—that’s the best thing a girl can be in this world, a beautiful little fool.” Daisy may be portrayed as an idiot through the book, but even despite this, the reader receives many hints that she knows exactly what she is doing and exactly how to survive in her limited world.

Similar messages exist even within wildly popular modern works. For instance, the pages of “Harry Potter” describe Hermione Granger as disheveled and unattractive with her frizzy, untamable dark hair, brown eyes and protruding teeth. Despite having strong leadership skills of her own, she seems to be perpetually held back behind the barrier of male leadership. The fact that she is the strongest and most knowledgeable witch in their class, Harry and Ron often treat her like their trustworthy secretary.

Be it beloved literature or generic television, women are taught to take a back seat. Television shows often force their female characters to sacrifice important aspects of their lives in order to be successful professionals. In “Work Moms,” a Netflix Original, Kate Foster is an ambitious marketing director who lands a top-tier job within her company. Yet, her husband openly displays his lack of support for her goals, and she is fired later in the show for needing to go home to see her seriously sick baby.

Michelle, Daisy, Hermione and Kate — whether they are real or fictional, resigned or ambitious — we see that these women had to make sacrifices that no man would ever be asked to make. These women each took the necessary hits so that they could live the life that they wanted to and to be seen as individuals that deserve respect beyond supporting the men in their lives. Deconstructing the societal framework built to advantage rich, white, cisgender, straight men at the expense of women has proven to be a long and sometimes costly road — but it is worth the struggle if it means more women are treated with the respect they deserve.