The University of Utah Moves to Dismiss Lauren McCluskey Lawsuit 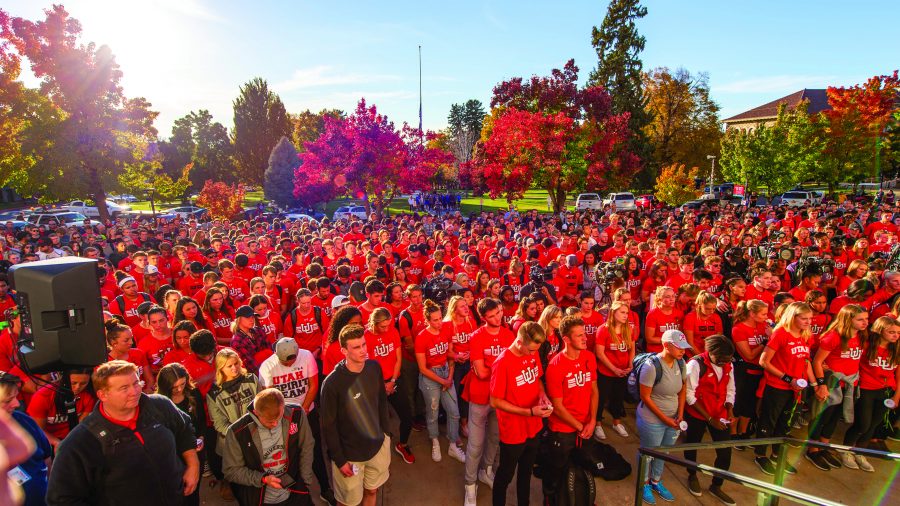 Students, staff, family and friends attend a vigil on the steps of the Park Building for Lauren McCluskey who was tragically killed on campus at The University of Utah in Salt Lake City, Utah on Wednesday, Oct. 24, 2018. (Photo by Kiffer Creveling | The Daily Utah Chronicle)

On Sept. 20, 2019, the Utah Attorney General filed for the dismissal of Lauren McCluskey’s case on behalf of the University of Utah. McCluskey’s parents filed a lawsuit against the University for the mishandling of their daughter’s case last October, which they claim led to her death.

The motion to dismiss the McCluskey’s case is the first response to come from the school since the filing of the civil rights lawsuit back in June. Rather than settling, the school is pushing for a full dismissal of the case and charges against them.

The U’s decision to file for dismissal has created quite an uproar amongst students. Many people on campus believe it to be the U’s responsibility to protect its students, but the motion to dismiss states that “the Constitution does not require police departments to protect persons in their jurisdiction from harm.”

The University made this claim because McCluskey’s killer was not a student or employee of the U, they have no connection or therein responsibility for his actions. Although the University found her death “heartbreaking,” they believe accepting liability for McCluskey’s case “would require that schools be guardians of every student’s safety from any act of relationship violence, no matter where the act arises or who perpetrates it.”

The filing also concluded that because Melvin Rowland’s connection to campus was “loose, informal and episodic” — only consisting of visits to McCluskey’s dorm room — the U did not have authority to protect her under Title IX regulations.

Student reactions to the U’s recent filing have been consistent in the disapproval of the decision, and many students have spoken out against the University because of it.

“What the University of Utah has done is completely and utterly abhorrent. The students of this campus deserve better than to be gaslighted by the very institution that has promised to protect us as we study, work and live,” said biology student Michaela Lemen. “I’ve served this campus community for the entirety of my collegiate career, from student government, the Bennion Center, and Greek life. I used to love this school, sing its praises, and encourage my high school peers to attend not only to receive an excellent education, but also thrive as athletes, leaders, and change-makers.

“[This is] infuriating. The campus police need to do their jobs, and their argument is horrible. Shame on the U. They need to admit that they messed up bad because it costed a life,” said Gianna Cefalu, an upperclassman studying communications.

“I am disappointed in the University of Utah’s decision to file for a dismissal,” said Devon Cantwell, a PhD student in the Department of Political Science. “This has been a painful process for Lauren’s family, friends and the campus community. Instead of accepting responsibility for wrongdoing, the AG’s office and the state have decided to waste public tax dollars on this lawsuit and imply that Lauren was responsible for her death.”

“It feels like the university is gaslighting the student body. Instead of taking responsibility by immediately firing the officers responsible for her death, holding [Housing and Residential Education] accountable for a failure to enforce existing policy and apologizing for failing to do even basic casework to protect Lauren, we have been handed ‘Campus Safety Month.’ The mere fact that they are papering over Domestic Violence Awareness Month with this is a shame in and of itself. In the immediate aftermath of Lauren’s death, the university called it a ‘tragic death’ and refused to call it intimate partner violence for days.

“At no point has the University acted in Lauren’s or the student body’s best interest.”