Christopherson: Public Art Is Worth the Price 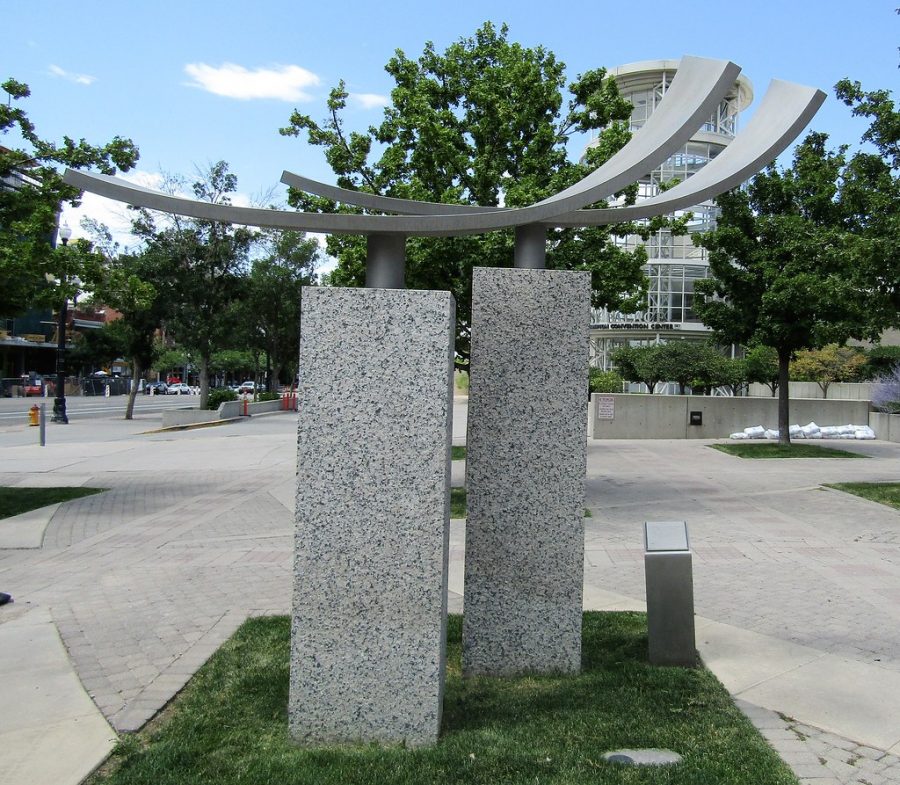 Public art is vital to community development. Dr. Ruth Fazakerley, of the University of South Australia, has written that public art has an ability to provide culture in the public realm, “generating employment opportunities for artists, bringing art to those who might otherwise not encounter it and increasing the general level of professional respect for art and artists.”

According to Darren Walker, former Rockefeller Foundation vice president, “It is impossible to have a society that is civil and educated without public art. It lifts up humanity and challenges the individual who encounters it to think differently about the world.”

Artwork humanizes public spaces, helping us develop strong bonds with the area while also benefiting economic development by beautifying cities. It can turn local beauties into affordable and accessible cultural destinations that enrich locals and attract cultural tourism. Placing a striking mural or an artistic statue in a neighborhood can help define its personality — especially if it documents local history — and connect people to where they live.

It is incredibly important to prioritize public art installations in Utah neighborhoods. It is also vital that these projects are spread across a variety of neighborhoods, especially for those living in small towns or on the west side of the Salt Lake Valley — not just in downtown Salt Lake City or on university campuses. Art should fit in with its home community, representing its unique culture and values. Utahns of all socioeconomic, ethnic and cultural backgrounds should be provided with opportunities to interact with original work that speaks to them and is reflective of their experience.

It would also be helpful to broaden the market for professional artists in Utah. If the government makes it a priority to contract local artists, this could help more artists support their craft and reinvest the money into the local economy. It would fund artistic rigor, as artists would create more and and compete to display their best work in public. More students could pursue a degree in the arts and watch their work benefit their community. It might even encourage more Utahns to purchase original art for their homes and outdoor property, further locking artistic values in.

Utah’s population places a high value on arts and culture. It would be good to foster an artistic environment that nurtures both mainstream and counter-cultural art, as a lack of diversity presents a severe problem to what kinds of art are created and consumed. It is often already hard to make a living as an artist, but it shouldn’t be made harder in Utah by the community rejecting work that is too abstract or specific for their taste.

A great degree of Utah’s mainstream art features beautiful work on topics like motherhood, faith, family and nature. For example, University of Utah alumna Caitlin Connolly often explores spirituality and womanhood in her paintings and sketches. Her fellow Provo painter Brian Kershisnik tackles themes like family and nature. While only two of many masterful Latter-day Saint artists who work in every medium imaginable, Connolly and Kershisnik are strong examples of the incredible visual artwork coming out of Utah’s dominant community. Art in many of these homes tends to be more traditional, often consisting of family portraits, landscapes and religious imagery.

There are also artists in the state doing beautiful work on more controversial topics like social injustice, the environment, human identity, sexuality and other highly personal aspects of the human experience. Poor Yorick Studios in South Salt Lake is headed up by painter Brad Slaugh, who works to provides a community for such painters, sculptors and photographers. While their art may represent a counter-culture, it is equally meaningful, and we should make sure that Utah artists who create abstract work continue to have a market, especially those who take on political or otherwise controversial subjects. It is important to allow art to push the limits.

Continual public funding is the best way to ensure that investment and competition happens. State money could tap into Utah’s appreciation for art, offering a long term public beautification plan that would benefit the quality of life of its residents. In 1985, the State Legislature created a Public Art Program after passing the Percent-for-Art Act. The government has allowed 1% of construction costs for “new or remodeled state facilities to be added to the project for the commissioning or acquisition of art that is site-specific to the facility and community.” More than 230 works of art have been placed in state facilities due to the Public Art Program.

The question of why – or even if – the state should be responsible to fund artwork is one of political philosophy. Some may object to that idea, based on their belief in a small government that should not be so involved. From another perspective, public art is worth investing in. If we expect the government to fund policies that increase equity and strengthen communities, public art spaces – like education or parks or welfare – deserve a cut.