No. 19 Utes Look to Rebound Against Washington State 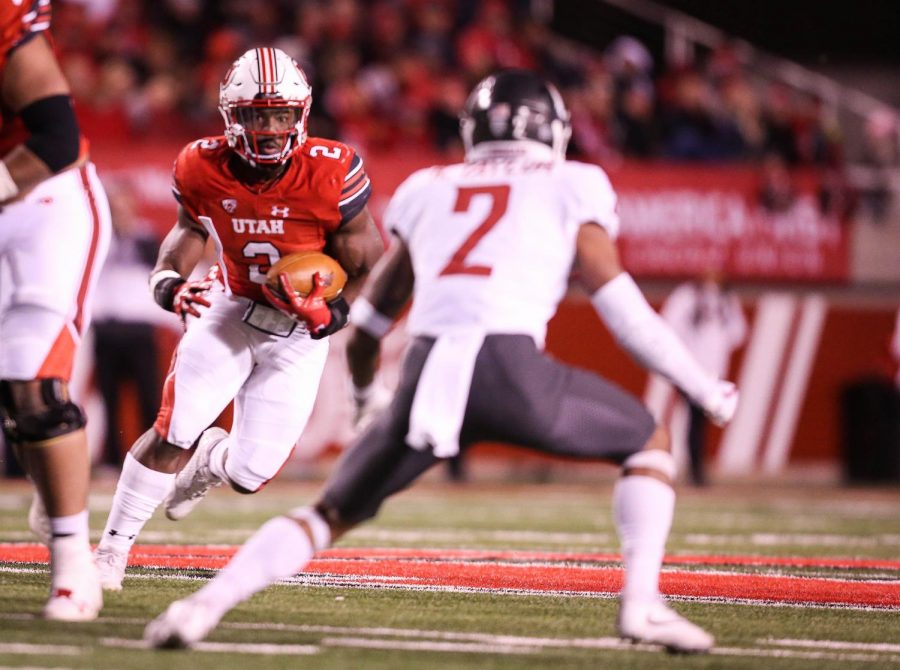 The No. 19 University of Utah football team is looking to rebound this weekend after suffering a disappointing loss to the University of Southern California last Friday. The Utes will take on Washington State in a homecoming matchup that is bound to be memorable. Both teams will be looking to get their seasons back on track after losses last week.

Scouting Utah
Utah suffered their first loss of the season at the hands of USC last weekend with a final score of 30-23. Senior quarterback Tyler Huntley put the team on his back in the loss, rushing for 60 yards on 18 carries. He went 22-30 for 210 yards and one touchdown in the loss.

In the rush game, two backs stepped up to the plate for the Utes. Both Devonta’e Henry-Cole and Devin Brumfield took the majority of reps for the team. Henry-Cole had four carries for 31 yards and one touchdown, and Brumfield rushed 10 times for 63 yards.

Utah had two leading receivers last week in Jaylen Dixon and Derrick Vickers. Dixon only had one reception for 38 yards, while Vickers had three receptions for the same number of yards.

The only passing touchdown of the game came from Huntley to Cole Fotheringham.

The Utah defense was less than ideal last week. They gave up over 351 yards to USC backup quarterback Matt Fink. The Utah defensive line did hold three USC rushers to negative yards. Terrell Burgess had an interception in the loss.

Freshman kicker Jadon Redding had one blocked field goal in the loss but was perfect on his PATs.

Rushing Record Watch
Last week was less than ideal for senior running back Zack Moss, who only had 20 rushing yards before leaving the game with an injury. He still holds second place in total career rushing yards with 3,044 yards. He only needs 176 yards to break the record held by Eddie Johnson.

Even in the loss, the WSU air raid offense was very present. Quarterback Anthony Gordon threw for 570 yards. He was 41-61 for nine touchdowns and two interceptions.

Max Borghi led the team in rushes with 123 yards on 15 carries.

Easop Winston Jr. was Gordon’s favorite target. He had 114 yards and four touchdowns on 10 receptions in the game.

Mascot Report
Washington State’s mascot is Butch T. Cougar. Butch is a cool name for a mascot but he is rather scary looking. Not only is he scary, but his costume looks kind of worn out and it appears as if he has lived through one too many Washington rain storms.

How to Watch
This week’s game will be broadcast on Fox Sports One. On the call will be Justin Kutcher, Petros Papadakis and Shane Vereen. The kick is set for 8 p.m.

You will also be able to listen to the game live in the home of the Utes on ESPN 700 with Bill Riley, Scott Mitchell and Tom Hackett on the call.

Other Utah Football News
It was announced on Monday that the Utah-BYU rivalry game will be taking a hiatus in both the 2022 and 2023 seasons. The announcement comes off the tail end of a day where sources leaked that Utah has signed a home and home deal with the Florida Gators for 2022 and 2023. (The news was officially confirmed earlier today.) The moving of the rivalry game does point to some changes coming to both teams schedules. Utah and BYU have added four more games to their deal to account for the hiatus that is upon the deal. Games have been added for 2025-2028.