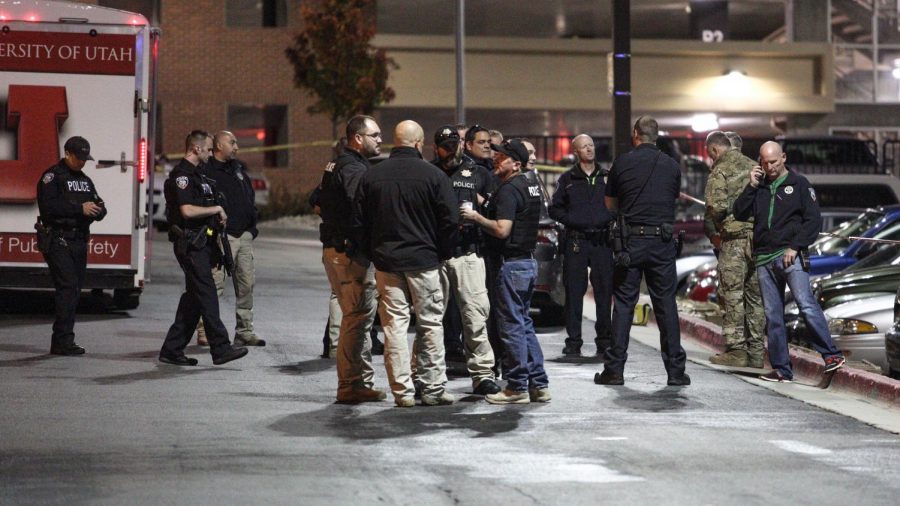 In response to the lawsuit filed by the McCluskey family against the University of Utah, the U has asked the judge to dismiss all charges.

Students across campus have responded with increased concerns about safety and accountability. The ASUU Assembly released a resolution citing “disappointment” in the U’s request to dismiss all charges. Shortly after, an Instagram account was created to highlight student safety concerns at the U. The owners of the account have asked to remain anonymous but are verified students of the U. The U does not endorse the account.

Through direct message submissions to the account, students have shared their stories and experiences of when they felt unsafe on campus and what actions they want to see undertaken by the university. One submission said, “We don’t want new buildings. We don’t want a bigger stadium. We want to be safe.” The administrators of @unsafe.u explained the goal of the page:

“Our main goal is two-fold: One, to provide a centralized platform to share student experiences, concerns, and stories on campus safety issues. We want to provide a community for students to feel believed and supported; and two, we are advocating for a settlement to be reached with the McCluskey family. We believe this to be essential to the campus healing and that a settlement will represent justice for Lauren.”

In the two days following the creation of the account on Sept. 24, it had grown to over 1,100 followers.

Grace Mason, a junior health, society, and policy and gender studies double major, supports the anonymous creators of the page. “It’s really powerful that students are coming together… I think that it’s a big act of defiance. I commend the people who started the page.”

When asked if they felt that safety was an issue at the U, Mason expressed concerns about the University Police Department as the only source of safety on campus. Many organizations on campus, like the Title IX office and the victim-survivor advocates, recommend contacting UPD with safety concerns. 911 calls made on campus are also in campus police’s jurisdiction.

“For UPD not to take these concerns seriously [regarding Lauren McCluskey] and be grossly negligent… there is the question of why should we have this police force?” Mason said. “The UPD was the only resource that had the power to act, whereas other resources may actually turn you to the UPD… If you’re ever feeling unsafe, and the U has a track record of not protecting those who feel unsafe, where do you turn? If not to the police force, where everyone is pushing you to go, you’re basically on your own.”

Riley Cuff, a senior in accounting, described his safety concerns. He noted an issue of inadequate lighting near the Spencer Eccles Business Building and the Garff building. “At night, there’s no one around. I don’t know who would hear me. There’s no security cameras or security lighting to rely on to help find me,” said Cuff. “If someone has a weapon, there’s nothing I can do with just me and my backpack and a water bottle.”

The issue of safety on campus is undeniably complex. The SafeU campaign was started in 2017 to improve campus security. This year, SafeU slogans across campus read, “Safety comes first. Second. And Third” and “Safety is a culture”. Various campus resources can be found on their website.

The U is home to over 30,000 students coming from diverse backgrounds.

“Who is the university making these campaigns for?” Mason asked. “It’s definitely not for the people who’ve submitted Title IX complaints and folks who’ve experienced violence and harassment. They are not the ones reaping the benefits. They’re reaping more victim-blaming.”

They continued, “For queer, trans, and people of color, [the campaign] is increasing surveillance on campus in places where they’re already policed and minoritized… each time the U has an opportunity to take accountability, they double down. Now it’s survivors and diverse populations who are suffering the consequences, especially the intersections”, Mason says.

Cuff commented on the SafeU campaign, “There is an awareness of campus safety… I think it’s great to teach people self-defense, but I feel like a person shouldn’t necessarily know martial arts to feel safe on a college campus.”

Several students had suggestions on how to make campus safer, such as better lighting and security camera systems that could provide more information to identify suspects. Currently, “parking is enforced daily until 8:00 p.m. in most areas on campus—with some areas controlled until 10:00 pm”. The U recently changed parking policies to allow students with “U” permits to park in some “A” lots after 3 p.m. to be closer to the main campus. Venisse Sitjar, an architecture student, suggested that the U allow students to park without permits at sunset, rather than 10 p.m.

On Sept. 30, there will be an Academic Senate meeting from 3-5 p.m. in HEB 2004 where ASUU President Anna Barnes plans to read the previously cited resolution. The @unsafe.u account made a post encouraging students to attend and show their support for Lauren McCluskey.