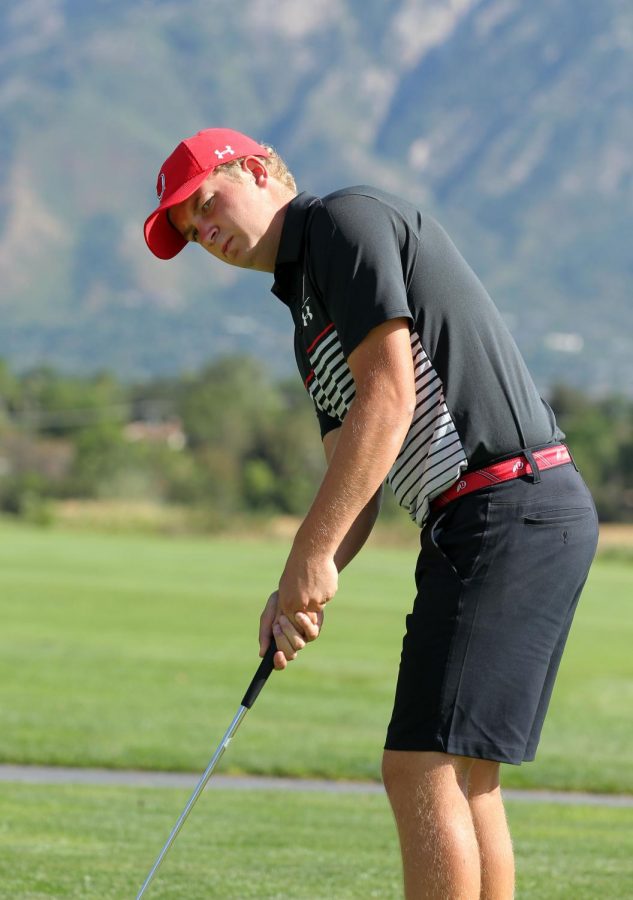 The University of Utah Golf team finished fifth out of 16 teams this weekend at the William H. Tucker intercollegiate tournament in Albequerque, New Mexico. The three-round tournament took place over two days, Sept. 27 and 28. Two rounds were played on Friday, with the final round on Saturday afternoon.

“I felt like we had a solid opening 18 holes,” head coach Garrett Clegg said to Utah Athletics about the Utes’ performance Friday. “We started the first few holes slow, but then came back strong to finish the round. Overall, we are only 15 strokes back going into tomorrow’s round, but we need to play par fives better, and play the more difficult holes better than we played them today to move up the leader board. Tristan [Mandur] was really good today. He bogeyed the first two holes and then was great after that. He hit the ball really well and was our most steady performer.”

Also competing for the Utes was Jesper von Reedtz, a true freshman, and junior Blake Tomlinson. Von Reedtz shot a 149, five-over par for the day putting him in 47th, while Tomlinson shot 151 for seven-over par for the first two rounds.

The second day of the tournament was the third and final round.

“As a whole, our team didn’t perform at our highest level,” Clegg said. “We had good final rounds from both Blake [Tomlinson] and Jordan [Costello], but overall, we have a lot to clean up before our next tournament. Fortunately, we have a lot of time between events and an ability to get some work in. Tristan [Mandur] had a really good tournament and I’m happy for him there.”

Tomlinson also made big moves up the leaderboard during the final round of play, finishing tied for 40th place for the weekend. He also shot an even par on the day, giving him a final score of 223 or seven-over par. Schow finished with the same score after finishing seven over on Saturday. Von Reedtz finished in 69th for the Utes, 14-over par for the weekend, finishing Saturday shooting nine over par.

The Utes next tournament will be Oct. 14 at the Oregon State Invitational in Corvallis, Oregon.