Could Pay for Play Be Coming to Utah? 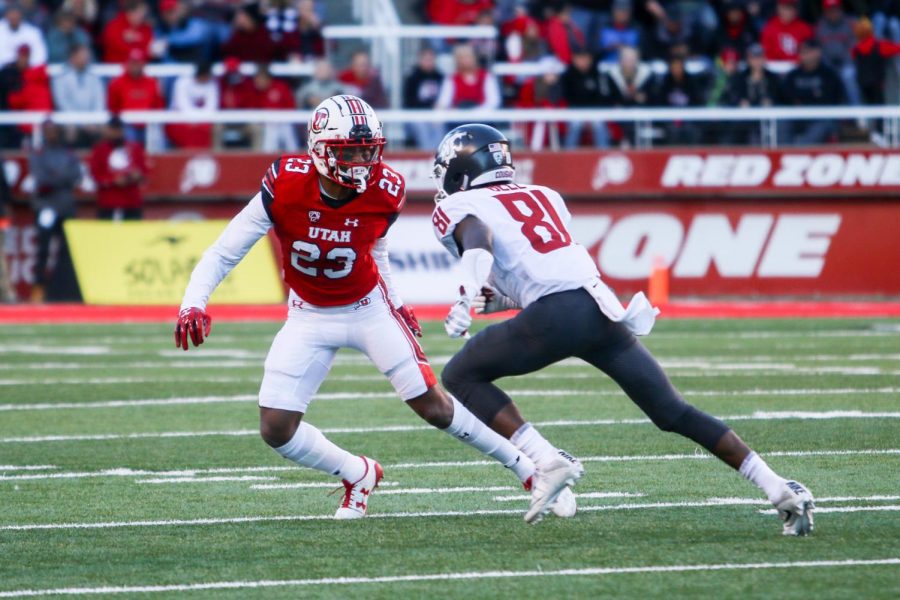 Should student-athletes in college be able to profit from endorsements and the use of their image? This has been a raging debate in the world of collegiate athletics for years. The NCAA has clear rules on athletes receiving any sort of pay: the answer is no. If student-athletes take any money or even receive special treatment, they could be at risk of losing their eligibility and their athletic program could be severely punished.

The NCAA has publicly opposed this bill and has warned that all California universities will not be able to compete in NCAA sponsored competitions. The NCAA has called S.B. 206 “unconstitutional” because not only will student-athletes be able to profit from endorsements, but they will also be allowed to acquire professional representation in the form of agents.

The debate about student-athlete compensation is not new. One of the most famous events in the never-ending saga of student-athlete pay for play happened in 2014 when former UCLA basketball player, Ed O’Bannon, sued the NCAA and the video game manufacturer Electronic Arts for using his likeness without permission in the 2009 version of the popular NCAA basketball video game. The court case lasted a few months. The district court found that the NCAA’s rules of not allowing student-athletes to be paid violated anti-trust laws, and stated that the NCAA should place at least $5,000 in a trust for college football and basketball players for compensation of the use of their name, likeness and image. The NCAA later appealed this ruling, and while the Ninth Circuit Court agreed that the NCAA rules do violate anti-trust laws, they also called the district courts’ ruling of a $5,000 trust “erroneous” and reversed that part of the decision.

In 2014, the players of the Northwestern University football team tried to form a union, and on March 26, 2014, the National Labor Relations Board determined that student-athletes are indeed employees of their universities and NCAA and therefore could form a union. Northwestern University asked for the NLRB to overturn their ruling, and after a lengthy review, it did overturn their original decision.

Has a bill similar to California’s S.B. 206 ever been discussed in Utah? “I have never heard of one,” said Republican State Senator Lyle Hillyard. “The concept is something I am willing to discuss, but I am not of an opinion one way or another.”

“I played college sports and the NCAA played an integral rule in what we could and could not do and that was problematic,” said Democratic State Senator Kathleen Riebe, who unlike Sen. Hillyard, has had experience dealing with the NCAA and was a student-athlete herself.

“We had one person who appeared in a catalog by accident and she was almost denied her ability to play lacrosse and her scholarship,” Sen. Riebe said.

On the topic of whether or not Sen. Riebe would support a bill similar to S.B. 206 if it came through the Utah Senate, she said, “I would possibly be supportive of that” and “I agree with someone who gets a scholarship and is coming out of poverty or the middle class and would like to increase their ability to have more flexibility in their life and not be beholden to a scholarship.”

Chair of the House Education Committee, Republican Representative Lowry Snow disagrees, noting that he was “disappointed that we have introduced commercialism into college athletic programs.”

“In Utah, I think we have done a pretty good job at balancing athletics with academics. By allowing players to capitalize on their athletic ability financially at this level with endorsements and appearances, we will interject [into] athletic programs more of a professional air that I think will devalue the program,” Snow said.

Former commissioner of the Utah System for Higher Education, David Buhler, said that the topic of athlete pay for play did not appear on the agenda during his tenure as commissioner.

“USC opposes S.B. 206, however, because the proposed California law would encourage student-athletes to violate NCAA bylaws relating to amateurism,” USC’s statement continued on to say, “The proposed state law conflicts with NCAA bylaws, students would become athletically ineligible, and athletic programs and athletic departments would be put at risk.”

UC Berkeley echoed USC’s statement, saying, “The university remains in opposition of S.B. 206. Unfortunately, this bill still creates a situation where student-athletes, teammates, and their athletics programs are at risk of losing NCAA and conference eligibility, thereby effectively resulting in loss of educational benefits and other competitive opportunities. Ultimately, this bill would do more harm than good and likely deny our students a chance to compete at the highest levels.”

The University of Utah athletic department did not comment on S.B. 206.

S.B. 206 would not go into effect until 2023. There are also similar bills making it through the state legislatures of New York and South Carolina. The NCAA has announced the formation of a national working committee to re-examine its rules, which will announce its findings next month. With the NCAA reporting revenue of $1.1 billion in 2017, the debate on whether or not student-athletes should profit is only going to heat up from here.