Dalley: Inequality Is Not the Issue You Think It Is 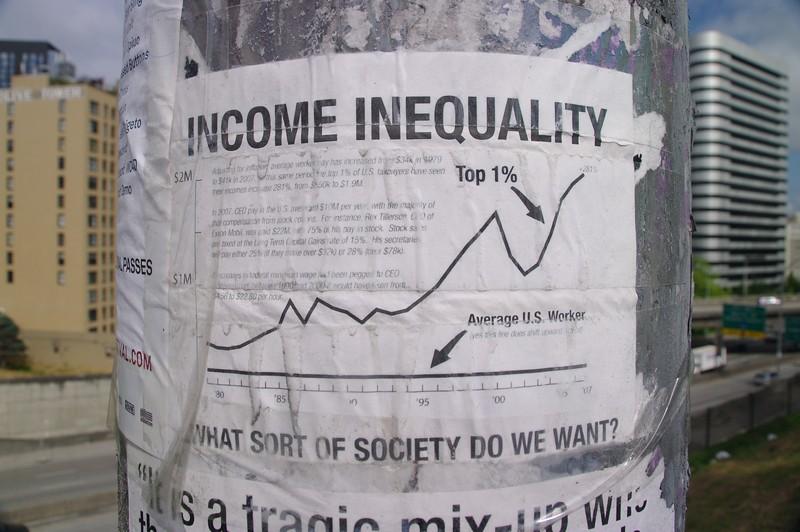 One of the hottest issues for the 2020 presidential candidates is economic inequality. Those who eagerly watch presidential debates root for their candidate or hope to find inspiration should keep this issue, which has rapidly driven many Americans into poverty, at the forefront of their mind. We cannot allow ourselves to forget that it is absolutely unacceptable that so many people are unable to support their families and pursue a better life despite their hard work.

In his book “On Inequality,” Harry G. Frankfurt argues that economic inequality is one of the biggest problems that America faces today, but it isn’t the main problem. He argues that the moral objection is not necessarily the inequality, but rather it is the fact that Americans do not have enough and that their life is objectively bad. In my opinion, he is right — the solution to economic inequality is not to simply give everyone equal wealth and income. The solution instead is to ensure that all Americans have enough to satisfy their needs such as housing, food, transportation and education. They must also be given enough to obtain opportunities that suit their interests and potential.

There may always be inequalities between different classes but egregiously disproportionate wealth provides comfort and advantages that the common person doesn’t have enough access of to even dream about. Few can imagine a reality where buying your way into a prestigious college (at the risk of a mere slap on the hand) is a viable opportunity. Those with wealth have more social and political influence than others, leading the underrepresentation of the majority of Americans. Wealthy people can play around with their money to influence serious change, like the Koch brothers donating large portions of money to right-wing think tanks and lobbying groups, or Big Pharma working to weaken legislation that would protect the consumers of their products. Barrels of money that might be life-changing in the hands of lower-income people are instead dumped into elite pockets.

While the idea of absolute equality is touted as the ideal solution for inequality, it would demand that we treat every individual as if they are the same. This is not possible because we are not completely alike. Imagine giving two families, one with eight children and the other with two, the same amount of income. The family with eight children may not have enough money to meet their needs, but the family with two may easily meet their needs. We might be treating each family as if they are the same, but by doing so, we are ignoring the needs of a family with six more kids than the other.

Say we build upon that through a standard scenario that we often see in America today. Compare one family that has their needs met to a family that is vastly affluent. Both families have their needs sufficiently met, but they are still not equal. Despite the fact that they are not perfectly equal, there is not the same moral objection that would occur if the average family was not having its needs met. Inequality is sometimes a good gage for a moral objection, but is not always inherently morally objectionable.

When engaging with moral objection that may relate to inequality, we must admit that the heart of the objection may not be inequality. It could instead be a lack of respect toward an individual, so much so that said individual or group is not treated as they truly are and is therefore unable to sufficiently meet their needs, satisfy their interests or reach their potential. The lack of respect leads to a moral objection, and we ignore the irrationality of treating all families as the same or explaining all instances of inequality at equal magnitude.

The fact is, we see individuals and groups disrespected every day. But the work that a woman does is not less respectable than the work that a man does. The LGBTQ+ community is not less respectable than those that fit into heteronormative standards. Those who aren’t able-bodied are not less respectable than those who are. While these issues are commonly engaged with as if they are only issues of inequality, they more deal with disrespecting the work and/or identity of an individual, which is what then leads to a moral objection. It is possible to be in a position of inequality while still not raising a moral objection. However, it is nearly always morally objectionable to disrespect an individual or group, as it is irrational and makes it so they are unable to sufficiently meet their needs. Inequality is not always the issue alone — but a lack of respect towards individuals most often is.