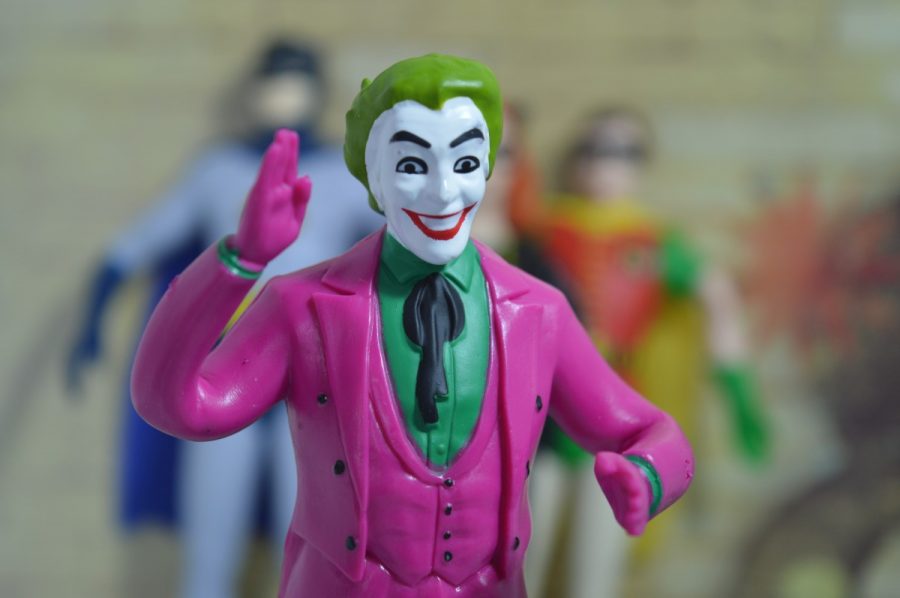 “Joker“ tells the story of Arthur Fleck (Phoenix), a failed stand-up comedian continually humiliated, harassed and belittled. Disregarded by society, Fleck begins his descent into madness as he transforms into the “Crown Prince of Crime”  known as Joker.

The film is set in a 1981 Gotham City, littered with filth due to a garbage strike and subsequent rat infestation, where the rich are getting richer and the poor are getting poorer. The elite have little sympathy for the poor living in the slums of Gotham, including Fleck, who lives with his mother (Frances Conroy) in a run-down apartment.

Early on, Fleck (dressed fully in clown attire) is dancing in front of a crowded avenue holding an “Everything Must Go Sign,” for his job as a clown-for-hire. When a group of kids run past him stealing the sign, Fleck chases after them, and the kids giving him a brutal beating. The audience can’t help but feel sorry for him as he lays in agony. This is the first time the audience see Fleck’s abuse both physically and mentally, but it won’t be the last.

Fleck’s mental state is studied throughout the film. He’s broken, lonely, plagued with negative thoughts and treated like a freak by everyone around him — possibly due to his uncontrollable fits of maniacal laughter, amongst other quirks. He struggles to exist in the world and find meaning to his life. “I just don’t want to feel bad anymore,” Fleck says during one his therapy sessions. He is on seven different medications at this point, but the system he’s been in and out of his entire life is no longer able to help him, marking the beginning of Fleck’s descent into madness, but not his transformation as Joker.

Fleck’s transformation starts when he is fired from his job after bringing a loaded gun into a children’s hospital. That night while riding the subway home, still dressed in his clown suit,  three young men begin to taunt and attack him. Fleck pulls out his gun and murders them without hesitation. Seeking refuge in a bathroom he breaks into a haunting dance, set to a cello piece composed by Hildur Guðnadóttir. This is Fleck’s rebirth, as the violent murders have cleansed him and given him meaning.

With each kill, Fleck dives deeper into his insanity and fully transforms into Joker — donning a blood-red suit, green hair and a painted face. His Joker is unlike any other audiences have seen in the past. In the end, he simply wants to watch Gotham burn to the ground.

Phoenix delivers a chilling performance as the Joker. He breathes new life into the character through his gritty, raw, powerfully unsettling portrayal. His intensity draws you in and fixes your eyes on the screen, even during the film’s uncomfortable moments. In my opinion, Phoenix’s portrayal as Joker is worthy of the Oscar for Best Actor. The supporting performances by Conroy, Zazie Beetz, Robert De Niro and Brett Cullen are wonderful and bring a sense of humanity to the haunting film.

Phillips created a masterpiece, breaking the mold by going against traditional comic book adaptations. His adaptation is bold, realistic and stands apart from the DC Cinematic Universe films. The cinematography by Lawrence Sher is beautiful — the dark tones show the darkness and fractures in both Arthur and Gotham.

“Joker” is a devastating and beautiful film. It dances between the light and shadows of the chaos that consumes Fleck — and because of this, it’s worth the watch.