Utah Storms Joe Piane Invitational and Takes Down No. 1 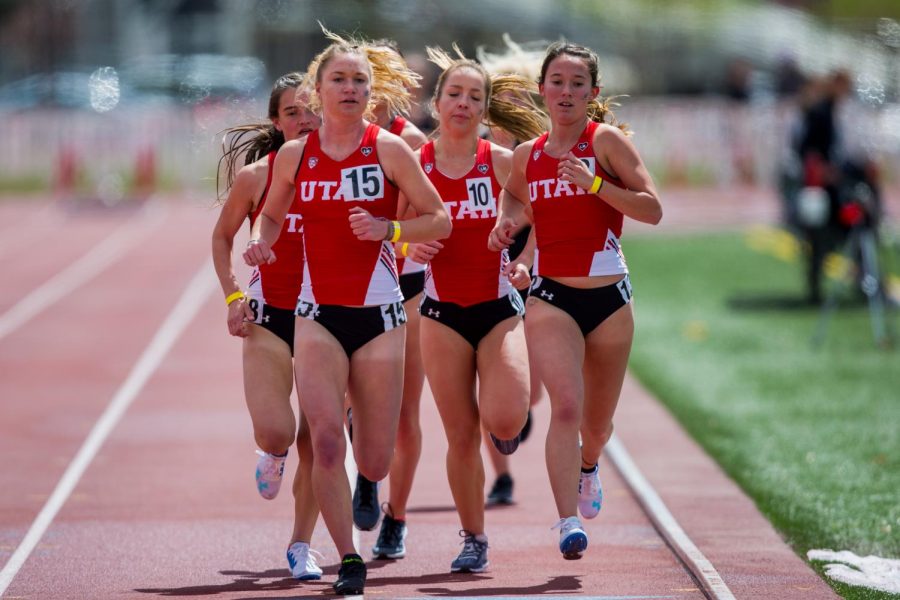 The University of Utah cross country team upset the first ranked Colorado Buffaloes and nine other nationally ranked teams at the Joe Piane Invitational on Friday. This win comes after a month away from racing.

South Bend, Indiana and the University of Notre Dame played host to the Joe Piane Invitational where the Utes finished as the leader for the first time this season. Utah’s Poppy Tank, Sarah Feeny, Scarlet Dale, Bella Williams, Cara Woolnough and Sarah Newton would make their season debut in this invitational, leading the Utes to their first place finish.

Utah’s runners placed in 11, 16, 19, 27 and 37 to outscore the first ranked Buffaloes by six points. The Utes not only beat nine nationally ranked teams, but five within the top 10 in the nation.

“Honestly, it was very impressive and it’s awesome to win any meet, let alone a meet of this stature,” said Kyle Kepler, head coach to Utah Athletics. “Our kids got out, they were impressive, really ran it well and hung on to bring home the victory.”

All seven of Utah’s runners finished in the top 60 in a race which featured over 130 athletes. Each of these runners — except for Leonard — earned a new personal record in the Women’s Open 5K Race.

Utah was the only unranked team heading into the weekend and ended up topping the group. The Utes edged No. 1 Colorado, No. 2 New Mexico, No. 6 Washington, No. 8 North Carolina State, No. 9 Wisconsin, No. 12 Notre Dame, No. 14 Ole Miss, No. 17 Florida State and No. 29 Minnesota.

“Certainly, I am very proud of this group,” Kepler said to Utah Athletics. “They have believed in each other all season, they’ve come together and it’s just been a pleasure to coach these gals. There is still a lot of season in front of us, but we’re certainly very excited and it’s a great way to start by winning a meet like this one.”

Cedar City, Utah and the Southern Utah Thunderbirds will play host to the Color Country Invitational on Oct. 12. Catch the Utes back in action next weekend by following along on twitter (@utah_trackfield), Facebook (UtahTrackXC) and Instagram (@UtahTrackXC).