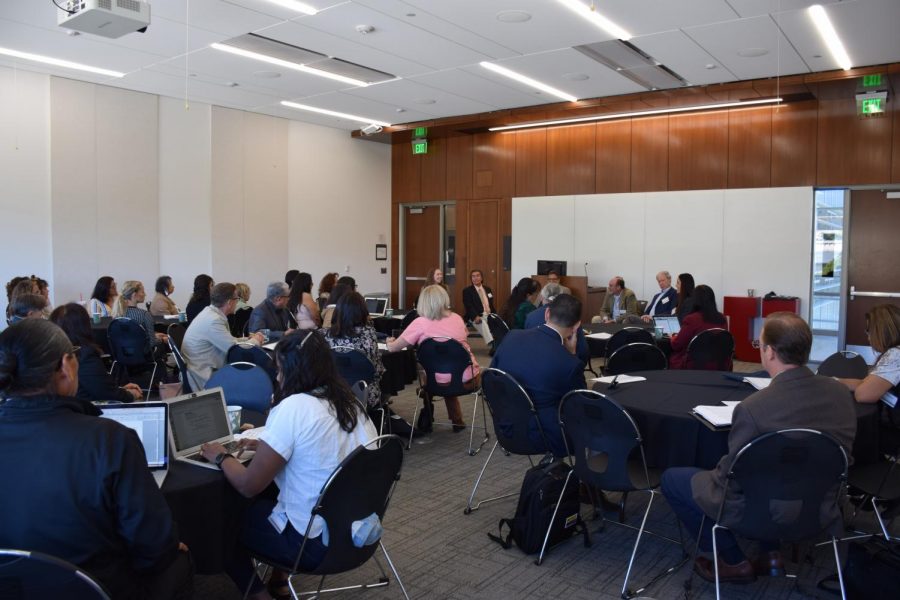 Over the course of three days at the U’s S.J. Quinney Law School, attendees learned about issues like racial gerrymandering, the 2020 census and political landscape for indigenous communities for next year’s election at the first annual Native Voting Rights Conference.

Hosted in conjunction by the Utah Rural Project and Navajo Human Rights Commission, this event strove to not only inform attendees — many indigenous voters themselves — on the issues presented for those residing on tribal land or politicized areas such as San Juan County, but the value of the upcoming 2020 census and election rights for next year.

During the conference, breakout sessions touched on the Voting Rights Act of 1965, San Juan County’s recent election, redistricting and how to build an effective voting infrastructure in Indian Country.

Tara Benally is the Utah Rural Project’s field director based in San Juan County, and focuses on voter registration outreach, connecting communities with election resource information and isolating the issues facing tribes and native residents for the upcoming election and census count.

While growing up, Benally and her family, alongside the greater community, placed greater importance on being civically engaged in her tribe’s politics and elections, as it was perceived as “more important than federal politics.” Many in these communities feel their participation is more representative — and directly effective — at the tribal scale.

URP is planning on gathering data of residences and submitting it to the U.S. Census Bureau to further aide their efforts of making sure everyone has been counted accurately to close the historical gap of those living in Indian Country. “We can take that data with the census workers,” she said.  “And say, ‘here’s our data that we’re willing to share with you.'”

The 2020 census will affect the political process in all districts across the state and country. Redistricting depends on the number of residents counted, an effect of who is included in the data for next year.

Another shortcoming is language. Though many elders speak their own native languages, Navajo is the only indigenous language the census will offer. There will be a total of 59 languages offered.

On the last day of the conference, a robust amount of the speakers and visitors were leaving to travel south. For Willie Grayeyes, it will take almost nine hours to return back to his home base at Navajo Mountain, which once was the site of intense contention during his election as commissioner. “A lot of critical points of what has happened in the past and has been going on camouflaged for years has surfaced to the top,” he said.

A member of the Navajo Nation, Grayeyes refers to his recent victory as one of the three county commissioner seats. Alongside Kenneth Maryboy, a Navajo member as well, in 2018, it was the first time there has been a native-majority in San Juan County. The election results heralded an even brighter national spotlight that already looked at the scaling back of Bears Ears National Monument’s land.

It was surfaced that the election ran amok with deep-seated problems on how the voting boundaries promoted disenfranchisement to indigenous voters. In 2017, a U.S. district ruled that this issue was indeed unconstitutional and ordered the boundary maps to reflect an accurate count of native voter representation for all three districts.

A recent settlement of 2.6 million dollars was made to Navajo attorneys by San Juan on litigation, which will be paid out in installments over the next several years. Though the event may have ended, it has established a new era for the voting rights fo Indigenous communities in Utah and throughout Indian Country.

Mack McDonald is San Juan’s county administrator and is in just his first week of serving his post. A U alum, McDonald attended the conference in hopes of finding policy solutions to better serve Navajo voters and navigate the area’s tumultuous politics.

“It’s taking a step back out of your biases, look into the eyes of somebody else’s, how they see it, and then trying to come together,” he said. “I think that’s the biggest lesson from this conference.”