It’s On Us Celebrates 5 Years of Advocacy 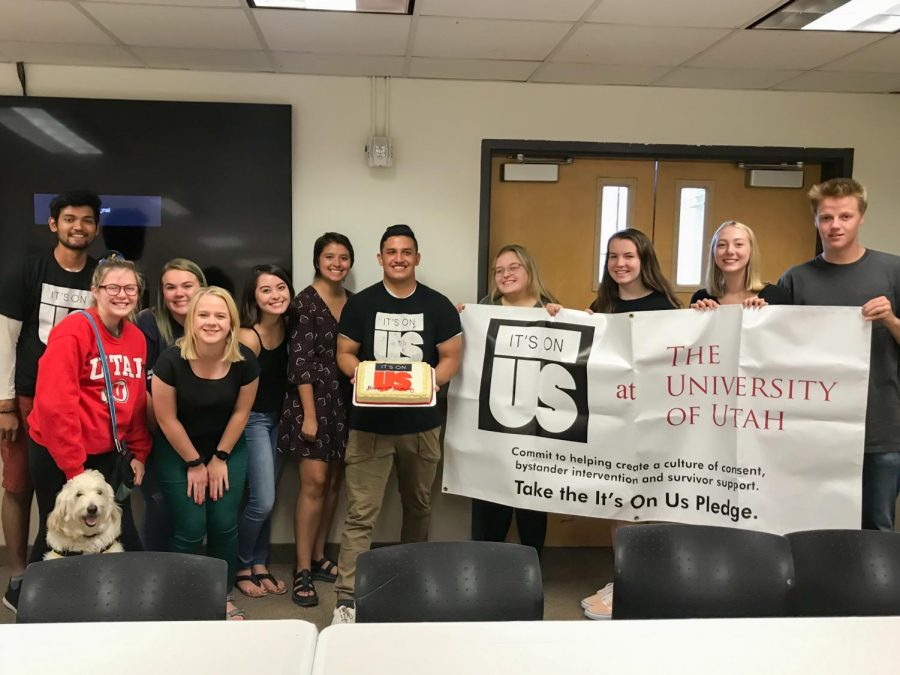 As one of the first flagship programs of It’s On Us, a national movement created by President Obama and the White House Council on Women and Girls, the Utah chapter is celebrating their fifth year on campus. The mission and pledge of the sexual assault prevention organization is to create a culture of consent on campus through prevention and consent education, bystander intervention and supporting survivors.

“We aim to be the most productive and advocating voice for positivity, healing, and safety for all,” said David Sanchez, president of Utah’s It’s On Us chapter.

The organization has an official board of 15 officers. Each is tasked with an initiative on campus and planning and executing an event surrounding an issue. Sanchez says they are more than ready to work and bring in students into advocacy work and help them to become a part of the generation that can end sexual violence on college campuses.

Survivor/victim ally and resource co-captains Caroline Lalliss and Mikaila Barker are working to run a community support group for survivors and victims at the U.

“As someone who has experienced sexual violence, I was alone on my campus in high school for anything preventing sexual assault, and this is a way to continue it but there is already a foundation for me to do so,” said Lalliss, a first-year member of the organization.

Last October, the organization held another vigil for Lauren McCluskey and showed their support to her family. Last year, they also held their first-ever Survivor Art showcase in Gardner Commons.

Their goals for this year include organizing events that address campus safety and educating students on what they can do individually to create a safer environment for all at the university.

“We want students to know that there are things we can do to support each other and keep each other safe,” Sanchez said.

Each semester, the organization holds educative forums and programs and puts on action weeks that seek to create a dialogue on complex issues, usually concerning domestic violence and sexual assault. The upcoming week of action is Oct. 21 to 27. That week they are also partnering with the Blue Tie Gala, raising money for the Rape Recovery Center of Salt Lake on Oct. 25.

They collaborate with several organizations on campus, including ASUU, the Beta Theta Pi Fraternity, OSTEM, Wellness Committee, End Rape on Campus and IFC/Panhellenic and Athletics. They hope to have even more partnerships and collaborations.

“Everyone is really educated on the issues and if they are not they want to learn more about it,” Lalliss said. “People who aren’t passionate are not joining It’s On Us.”

It’s On Us also welcomes anyone who wants to get involved and help them plan activities for the remainder of the school year. While the official board is full, students can become volunteers and get involved with the organization.

“We love our campus, but we know it’s not in any way perfect or without challenges in regard to sexual violence,” Sanchez said.