Artist of the Week: Jessica Liu 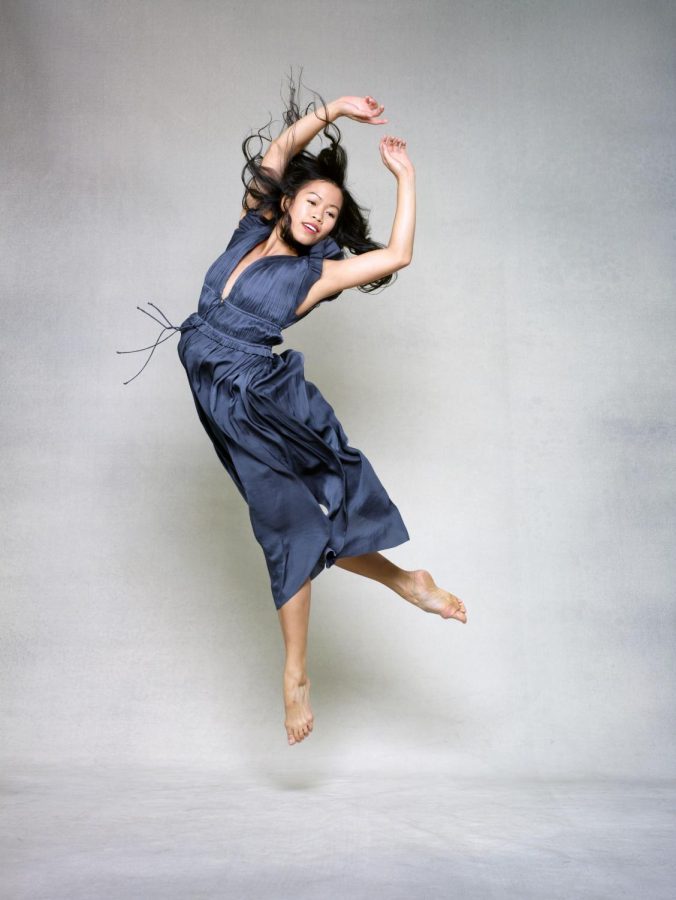 Jessica Liu didn’t always know she was going to be a dancer. Naturally, it fell in the procession of fantastic dream jobs she had as a child — ballerina simply had, as she described, “its fair moment in the limelight.” She just knew when she started dance lessons at the age of five in her hometown of Sandy that she loved it. That love for dance carried her through school where, on top of the normal stress that comes with growing up, she trained and worked on her craft.

It seemed that Liu’s dancing was just a part of her journey in curiosity, not necessarily hands-on job training. “As I grew older, I decided that I would leave dance behind and choose a health sciences profession,” Liu said. “Whether that be due to the lack of Asian American role models in the field, the fear of being a ‘starving-artist’ or a combination of both, it’s hard to pinpoint.”

Like so many students studying in the arts, the stigmas that surround art degrees often prove untrue and portray them as less practical or rigorous, which deters students from going after what they love. “While those concerns certainly never went away,” Liu said. “I chose to forgo these reservations and pursue professionally what I had already devoted a significant portion of my life [to].”

What ultimately swayed her to pursue dance was her exposure to more contemporary forms of the art that she received in her training, especially through the San Francisco Conservatory of Dance. “I found the more open-minded approach, less rigid structure and opportunity for collaborative compositional practices to be the right formula to pursue dance,” she said.

So, Liu continued to develop her craft at the University of Utah’s ballet program, expanding on her mastery of the art and building on her knowledge about the world of dance. In addition to performing, she studied pedagogy and dance history, produced and participated in student-led work, choreographed her own pieces and even learned to design lighting and staging concepts. Studying art with university resources allowed Liu to explore the creative boundaries she had been longing to break, so she launched into insightful and amazing projects with the same drive that carried her to college in the first place. She even added a double major in exercise physiology, taking what she loved about the health field and providing a pairing to her dance training.

Despite the intensity of two majors, Liu remained an optimist. Viewing the workload as another way to prepare her for the outside world helped her improve her abilities in organization, time management, communication and networking.  The way she talks about her academic experience is indicative of how she approaches the world with open arms, and she advises artists to expand their horizons as she did. “Find what you love outside of your art,” she said. “Develop yourself as a human — what are your other interests? Not only does this help your sanity, but it may also help you overcome creative roadblocks.”

With academia under her belt, Liu launched into a varied and expansive career in the dance world. She danced for Utah Ballet and the Municipal Ballet Co. before choreographing pieces at Ballet West and SALT Contemporary Dance, even acting as the assistant director for their junior company SALT2. She has returned to the U to choreograph and teach masterclasses, saying that fostering creativity in young artists is something that brings her joy outside of performance. The pieces of advice she gives carry such inspiration to student artists itching for a professional career: “Keep doing the work and the moment will come and keep doing the work no matter how many ‘noes’ you hear. You’ll find where you’re meant to be.” She not only shares this reassuring information with student artists, but has lived by the words herself.

Liu continues to find work in higher places. One of her most recent endeavors was joining BODYTRAFFIC, a Los Angeles-based contemporary dance company focused on producing new choreographic work and pushing the boundaries of dance. It was in snippets of their work I first saw Liu perform — her movement is eye-catching, technically astounding, creatively bold and wholly vulnerable. You can see inspiration from across her resume in her recent work.

In the vein of new experiences, her work has most recently taken her to Germany to join the dance company of Nationaltheater Mannheim, a stage that presents operas and plays in addition to dances both familiar and premiering. A move to the opposite side of the globe is all in a day’s work for Liu. “While many things are new — language and culture the most obvious — so much of my day-to-day remains the same,” she said. “Movement is universal!”

Liu stands out as a performer and as a person not because of her technique or artistry — though both make her as renowned as she is — but because of her dedicated love for the work. She is, at her core, an artist. Her performance process rises above any concerns or drama that distract from the focus of her passion, and she has much to share about her art, her work and her journey. She continues to take the time out of her busy schedule of opening nights across the world to share and speak about what she loves. The key to her process is simple: gratitude.

“It is a privilege to make a living doing what you love,” Liu said. “Work is work, and there will be sacrifices, tedium and exhaustion, but ultimately the opportunity to pursue your passion is not to be overlooked.”

Tenacity, focus and love of life drive Liu’s career forward, but she leaves all artists — struggling or not — with a sense of hope and a renewed passion for whatever it is they want to do. In a world where artists can be easily overlooked, Liu is a champion of the artists, their process and following your dreams.