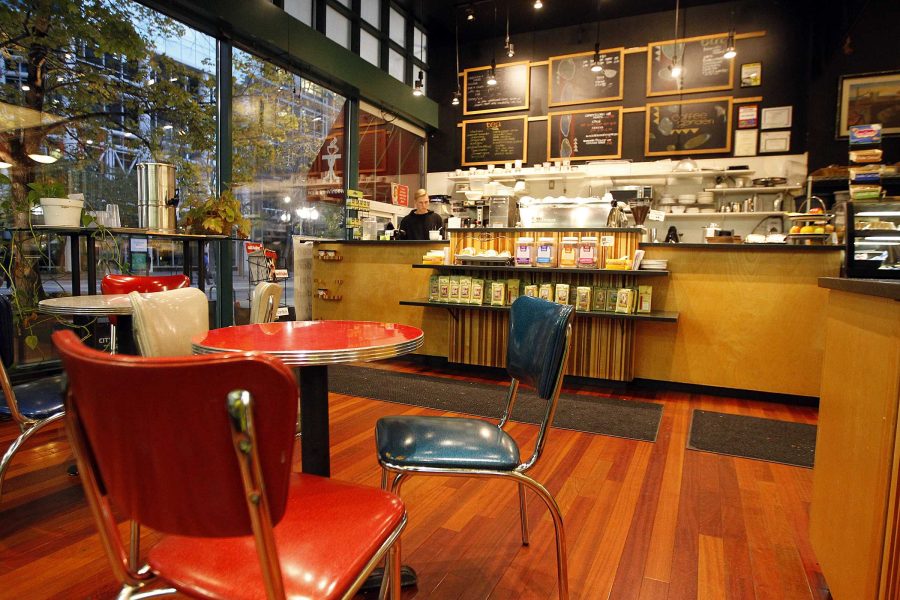 Excited for Halloween? I sure am. Unfortunately, most people would probably find it unacceptably weird of me to don a costume, jump out from behind corners to surprise strangers and dance around the streets like a gremlin. For the time being, I’ve had to fend off my spooky instincts by reading books where I can delight in all things creepy. To those who are in the same pickle as myself and can’t wait to revel in the upcoming fun, I’ve narrowed down the absolute best supernatural and horror books I’ve read this year.

“Vampires in the Lemon Grove” by Karen Russell

In this short story collection, sometimes the complexities of the paranormal aren’t so far from those of real life. Russell’s book seamlessly merges the everyday with the bizarre, a good pick to begin with if you’re on the hunt for eerie flavor, but aren’t gung-ho to read any full-fledged horror yet. The book’s title story, for instance, explores the life of a wistful vampire who tries to deter his thirst for blood by drinking bitter lemon juice, but suspects this solution, alongside his romantic relationship with another immortal, can’t last forever. The stories of “Vampires in the Lemon Grove” are unsettling not only because of the otherworldly questions they raise, but also the domestic ones.

Picture what it would look like if Rod Serling wrote a Kafkaesque cosmic horror manga and M.C. Escher illustrated it. Whatever you’re imagining possibly resembles “Uzumaki,” an epic three-volume seinen series by one of today’s top J-horror writers. The premise follows a small town’s inhabitants who begin to grow obsessed with spirals until their enchantment takes a life of its own, consuming and mutating everything within its reach. Ito’s detailed optical drawings are impossible to look away from as they gradually transform into horrific depictions of children morphing into snails, a woman’s head twisting into a flesh-eating coil and other worse events. While the manga’s spirals prove to be a deadly force, their strange beauty is bound to mesmerize you.

Browne’s satirist take on the “zombie as protagonist” trope, “Breathers” is fresher than most books I’ve ever seen churned from the rotted-corpse subgenre. Best of all, this novel does the sympathetic zombie trope right. It doesn’t merely depict faintly pale hotties who try and succeed in becoming human. Instead, the story features a newly zombified man who must come to terms with becoming a reviled monster with the other undead he befriends and even falls in love with along the way. At once frustrating and gripping, between moments where I threw this book down in anger to my flying through it in wild anticipation, “Breathers” ultimately had me rooting for a hoard of zombies who overcome humanity and eat them all.

“The Road” by Cormac McCarthy

More tearjerking than pulpy, “The Road” is the ideal horror novel for readers more closely drawn to stories that tug at their heartstrings over their nerves. Two survivors of a sparsely described apocalypse — an unidentified man and his young son — must escape the conditions of oncoming nuclear winter and violent clutches of renegades who will slaughter anybody in their path. As hope dwindles and opportunities to find safety narrow, the man must make increasingly calculated, heart-wrenching decisions to save his child. McCarthy, who is better known for his Westerns such as “No Country for Old Men” and “Blood Meridian,” won the 2007 Pulitzer Prize for Fiction with this tense, poetically driven thriller.

“My Favorite Thing is Monsters” by Emil Ferris

When I first saw this graphic novel’s title at the library, I couldn’t help but pick it up. “My Favorite Thing is Monsters” is simply a true statement to me, and to anybody else who shares this sentiment, this book is a perfect October read. With Ferris’ vivid illustrations drawn entirely on lined paper with ballpoint pens over a period of six years’ work, the first installment of her debut (Part 2 is set to release next year) is nothing short of a visual achievement. Friendly to young and adult audiences alike, this book presents the diary of a teenage girl who sees the world through the lens of old B-rated movies, imagining herself and those around her as colorful monsters.

Though I’ve discovered his fiction just this year, thanks to “Mongrels,” Jones is now quickly shaping up to become one of my all-time favorite writers of any genre. Here’s the story: growing up on the run in the American South with his family of werewolves, a half-werewolf boy struggles to determine whether he’d rather remain in the monster world or live outside of it. This story deftly explores themes of belonging, reconciliation and otherness. Beyond novels which only explore well-known werewolf lore, Jones crafts his own as masterfully as he creates his characters. With this, “Mongrels” feels less like a fantasy than an off-beat reality, and as many great horror novels have, it’s got heart, humor and a sizeable body count.

For anyone who digs through these books as quickly as I have, I’ve also got three honorable mentions for superb horror short story collections which are great for Halloween reading. Stephen Graham Jones’ “Zombie Sharks With Metal Teeth” is a dark comedy goldmine, “Get in Trouble” by Kelly Link weaves magically quirky stories while Philip Fracasi’s “Behold the Void” presents original eldritch tales. Altogether, though, each of these books is enthralling. Just be careful to set them down on the night of Oct. 31 so you can keep an eye out for trick-or-treaters. Nobody wants to miss out on free candy.

Trigger Warnings: Except for “Vampires in the Lemon Grove” and “My Favorite Thing is Monsters,” these books depict upfront violence and gore.