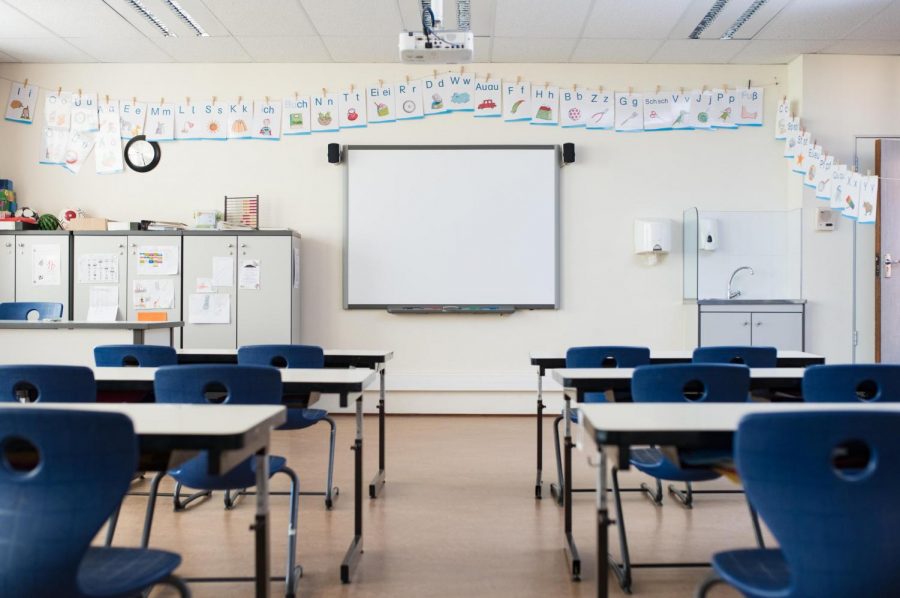 As teachers across the country have captured national attention with strikes over the last year, Utah’s own teacher shortage has moved from relative obscurity to the forefront of our state’s collective conscious. Our Schools Now’s Question 1 — which would have raised taxes on gasoline to increase public education funding — was well-covered by major local news outlets last fall; Governor Herbert spoke in a press conference inviting former teachers to return to the classroom; and multiple organizations have published research on why students aren’t choosing careers in education and what the shortage really looks like.

There are two major contributors to Utah’s teacher shortage. First, a staggering number of teachers leave the classroom within their first five years, costing schools not just financially but also in terms of student outcomes. Second, fewer and fewer of the people replacing them are coming out of Utah universities’ academic teacher prep programs. Importantly, that shrinking population of college-trained teachers are most likely to teach long-term — so Utah’s apparent failure to recruit students into teaching majors perpetuates the cycle of attrition, too.

Almost anyone who’s thought twice about this problem offers up the same solution — raise teacher salaries. It just makes sense that in a market-driven economy, increasing pay is critical to retaining the teachers who leave the profession every year and recruiting more of Utah’s best students into the classroom.

Thankfully, many lawmakers, business leaders, education experts and the general public are largely in agreement about the need to increase teacher compensation — at least in my experience as a student in the University of Utah’s College of Education and a staff member at Envision Utah, a local non-profit working to address the teacher shortage. And our schools are starting to deliver. In early May, Canyons School District became the first in a wave of Utah districts to announce a significant bump in teacher pay, resulting in a starting salary of $50,000. Murray and Jordan School Districts followed close behind, with Salt Lake City School District currently negotiating an increase.

While these increases will undoubtedly make many teachers’ lives easier, and may entice those on the edge of retirement or resignation to stick it out for a few more years, they are insufficient to end the teacher shortage. More importantly, these increases will not do enough to improve student outcomes — the ultimate goal of all education spending and policy.

There are a few reasons for this. In the first place, teacher salary increases must be mandated — or, at minimum, funded — on the state level in order to attract more students into teaching careers. As the situation now stands, a small handful of districts are simply “poaching” teachers from other districts with fewer resources. This creates as many problems as it solves. I recently attended a meeting with Aaryn Birchell, Utah’s 2017-18 Teacher of the Year. She got teary telling our committee that her closest colleague and best friend at Uintah High School was leaving their district and moving out of Vernal to teach in Canyons District. With the newly announced increase, this woman will now be able to afford to teach without working a second job.

Doug Wright, also a member of Envision Utah’s working group on teacher compensation, rightly commented that “the saddest thing about that story is that the loss to Vernal is much greater than the benefit to Canyons.” In other words, the district-led push for higher teacher salaries not only fails to solve the teacher shortage and improve statewide student outcomes. It perpetuates the cycle of educational inequity by moving Utah’s best teachers into already affluent districts. We know teacher quality is more important to student achievement than any other factor in a school, so attracting more and better candidates into the field — not just to a few wealthy schools — is absolutely imperative to ensuring every child in our state receives the best possible education.

Additionally, a large statewide increase to teacher salaries has the potential to send a message to students about the importance of education. There’s strong anecdotal evidence from all over the world that the way students feel about school, or the level of priority they place on it, makes a significant difference in their academic outcomes. In Finland, for example, only top students are eligible to compete for spots in the nation’s three university teacher training programs. Every teacher is required to complete a master’s degree, including a research-based thesis, and teacher pay is comparable with other competitive fields. South Korea halts air travel and shuts down their stock exchange to reduce noise and traffic during major standardized exams.

These policies and practices demonstrate a cultural belief in the value of education, and students in these countries outperform most of the world in math, reading and science. By the same logic, a significant, well-publicized increase in teacher pay would send a powerful signal to students that we respect educators, prioritize student learning and view school as a worthwhile investment — and that they should too. While there has been some buzz around the recent salary hikes in Canyons and other districts, the scale of those raises is too small and too localized to significantly change student attitudes about school.

None of this is to say that districts with adequate resources shouldn’t compensate their teachers a little better. But their investments in educators are just the first step toward a Utah where every educator receives the pay and the respect they deserve and every child receives the knowledge, skills, and experiences they need to lead a happy and successful life.