Utah Soccer Looks For W Against the Wildcats 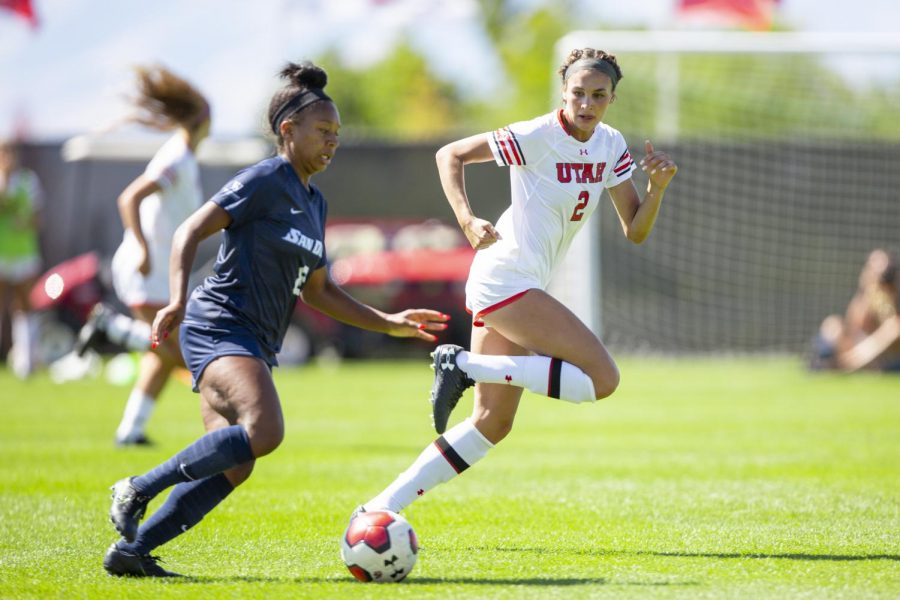 Coming off an 0-2 defeat at the hands of the UCLA Bruins, the Utes are in definite need of a Pac-12 win. Currently Utah sits at 1-2-2 in conference play and they are ninth in the official rankings. A win against sixth-ranked Arizona would definitely put the Utes back on track.

In their last encounter with the Wildcats, the Utes suffered a 2-1 loss in Tucson. Utah has historically struggled against UA, trailing the overall series 7-10 (3-5 when home). However, Utah fans should not throw in the towel on this game quite yet.

For starters, Utah will be heading in to face their opponent with the ever-calming presence of Carly Nelson in the keeper’s box. The Sept. 24 Pac-12 goalkeeper of the week has continued to amaze and keep the Utes in the game when the offense falls on rough times. Nelson made seven great saves last match, adding to her already impressive stat sheets.

Ireland Dunn — who scored early in the last contest between Arizona and the U — will also be returning. Lead team scorer Holly Daugirda will be on the field as well, helping to lead the Utes offense. With Utah’s many proven scorers, the Utes must re-find the attacking offense they displayed earlier this season.

While the scoreboard from the previous week does not reflect it, the Utes had several offensive opportunities. Kristen Fairbairn and Courtney Talbot each had a great look at the net, but simply could not get the ball past UCLA goalkeeper, Lauren Brzykcy. Head coach Rich Manning seemed relatively pleased with his offense, yet still commented on room for improvement.

“We had two or three good looks but had trouble sustaining attacks,” said Manning.

The fact of the situation is simply that Utah must find more opportunities to shoot. To add on that, when an opportunity presents itself, the Utes must capitalize. Of course, this is much easier said than done. As long as Utah plays aggressively and makes the right decisions in passing, the offense should click into place.

With Nelson holding down the net, the rest of the Utes defense must step up to come away victorious. A repeat  of last week, when the Utes allowed 17 shots against the Bruins and nine on goal, will not do the trick for this week. Manning also shared a thought or two regarding last week’s defensive display.

“I was really proud of the effort and energy. We played well defensively, but we could not put them under pressure,” said Manning.

Pressure will be the difference. If the Utes can force UA into taking ill advised passes or shots, this not only keeps pressure off Nelson, but creates more scoring opportunities. With only averaging one goal a game, this extra offense is much-needed.

Players to watch from the Wildcats include forward Jada Talley, goalkeeper Hope Hisely, and forward Brooke Wilson. If the Utes can keep these lead scorers at bay, the Utes will have a much easier time controlling the game.

While it has been a recent rough stretch for the Utes, the pending game against Arizona presents an excellent opportunity to refocus and finish out the season strong. If Utah plays its game, there should be a good matchup in Salt Lake this Thursday.

With a victory, Utah would be on track to close the gap in the rankings and climb ever closer to the top of the chart. With the end of the regular season, every game will count towards a potential tournament run.