The U’s Esports Teams Gear up for Another Groundbreaking Year 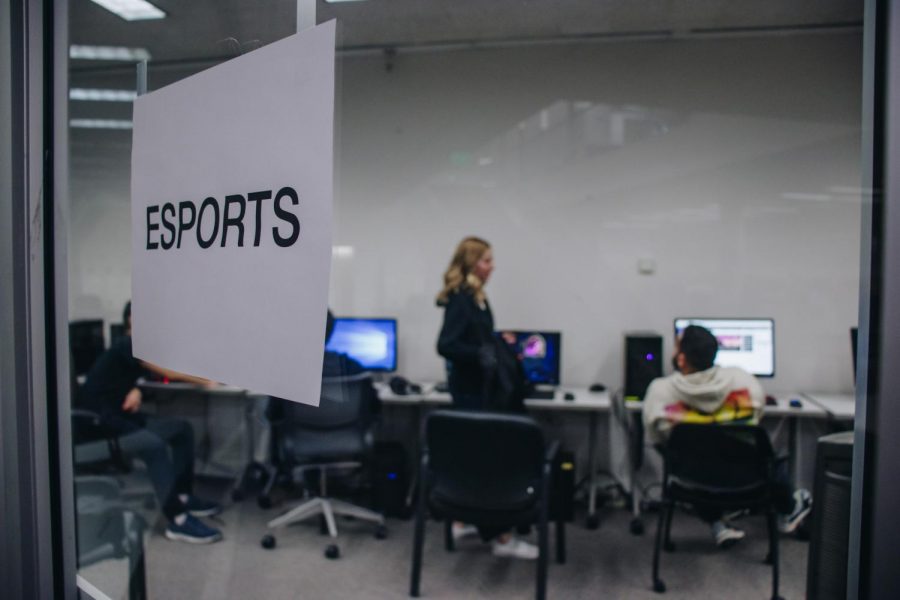 Competitive gaming, known as esports, is the brand-new thing in intercollegiate athletics. Esports is a fast-growing market and the U was among the first to recognize that. In 2017, the University of Utah founded the first varsity-level college esports program in the country. The U has four different teams: Rocket League, Overwatch, Hearthstone and League of Legends. Each team holds try-outs, practices every day and plays games against other schools.

Victor “Nightmare” Camacho, who plays for the Overwatch team, said, “On average, I play the game anywhere from 20-30 hours a week. Being consistent with practice and retention is important in maintaining skill.”

Ryan “Wyyzard” Gorrell from the Rocket League team added, “Some of the top players in Rocket League have put in around 5,000 hours to get to the top and the game has only been out for a little over 4 years. That’s around 3 hours a day, every day!”

Players put in a lot of time to get to the level they are at. You can’t just walk on to a team having never played the game before. It requires dedication and practice, just like any physical sport. Video games are largely a mental effort, with a huge emphasis on reaction time and predicting your opponent’s moves.

Andrew “Stence” Stencel, a former Call of Duty club player who now works on the broadcasting team, talked about what goes into preparing before a game. “Study the pro game, watch film of ourselves and our opponents, scrim and practice as much as possible, load up on caffeine and lock in.”

Camacho adds, “Oftentimes, I make sure I get plenty of sleep and a good breakfast to get the brain rolling. The day before, I’ll review videos and make sure everything is crystal clear in execution.”

Esports is a great place for a lot of people to find their friends in college. It brings together people with similar interests and allows them a common ground to get together and hang out.

“Esports gives more people a home. It brings together people for healthy competition and community engagement. Lots of people use video games as stress relief and for bonding with friends,” Stencel said. “I know for me, esports has allowed me to meet my closest friends both here in Utah and around the world. The esports community here at the U has given nothing but a positive impact on the campus community.”

Austin “Coolabc” Walch from the Overwatch team said, “I think the most important aspect of Esports at the U is the inclusiveness of the community.”

It’s hard for some people to see esports as a “real sport.” Some write it off as “just playing video games” and don’t see it for what it is — a rapidly growing industry with the potential to be huge.

“This is a pretty old-fashioned view we’re always going to be fighting against. At the end of the day, we can let the reality speak for itself,” said Jarom “Solar” Norris, manager of the studio team for broadcasting production. “Last month, the San Francisco Shock faced the Vancouver Titans in the Wells Fargo Center. The stadium was packed and they had 1.12 million viewers per minute on Twitch, ESPN and ABC. The show also featured a performance by Zedd and commercial breaks for Toyota and T-Mobile. Afterward, Fanatics started selling shirts that said “SF SHOCK Grand Finals Champions.”

Big companies are recognizing the power that esports has over the future of online entertainment and the U has been leading the way.

“The U was the first Power Five school to have a varsity team and since then we’ve seen a bunch of others follow suit. We join a few other schools like Maryville and UC Irvine in being proud to say that we’re helping to lead a new industry forward,” Norris said. “We hope that our program will continue to grow and the awesome support we’ve gotten from university admins has been invaluable to that effort.”

Walch added that “whether it is or isn’t a sport shouldn’t undermine the extreme amount of work that goes into playing a game at the utmost level.”

The U recognizes that it is a pioneer in this area and it’s a huge step forward in the world of online entertainment.

“The only difference between esports and sports,” jokes Norris, “is that our characters wear cooler costumes.”