After a Vaping-Related Death, Utah Considers Health Concerns of E-Cigarettes 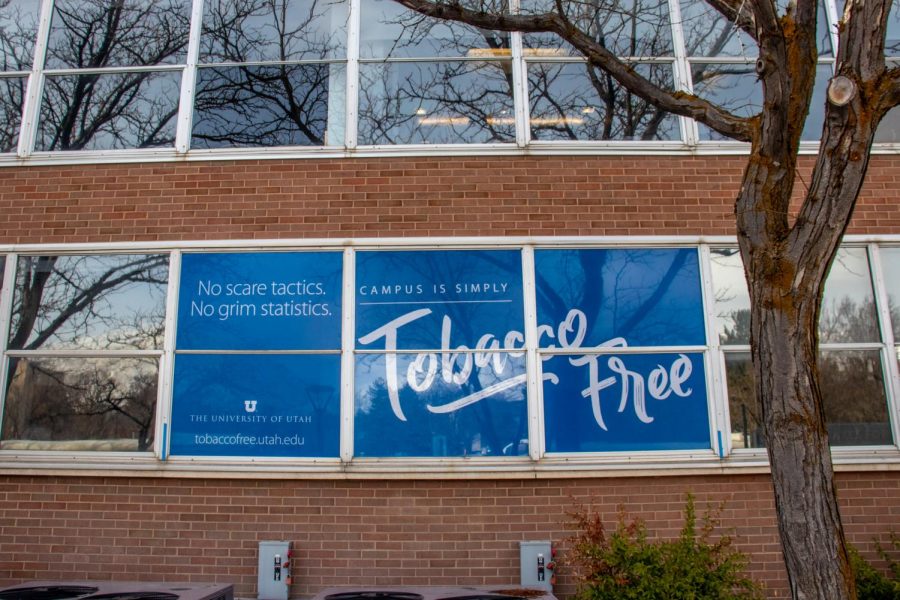 Smoke-free campus advertising campaign signs at the Union when the policy was first unveiled. Chronicle archives.

As the use of electronic cigarettes is on the rise, health concerns are too. In the week of Oct. 9, Utah confirmed its first vaping related death. University of Utah physicians and researchers continue to work to better understand the biology of vaping-related illnesses while U officials work to address concerns regarding vaping on campus.

“There have been about 1,300 cases of mysterious lung illnesses linked to vaping across 49 states,” said Lauren Sanford, a staff writer at Consumer Safety, in an email to The Daily Utah Chronicle. “The illness has recently been given the name EVALI, which stands for e-cigarette or vaping product use-associated lung injury. Additionally, 26 reported deaths confirmed in 21 states have been associated with lung injuries.” As EVALIs are on the rise, U physicians work to better understand the illness, releasing groundbreaking research in the New England Journal of Medicine on on Sept. 6. One month later, Utah would confirm its first vaping related death.

“JUUL Labs currently faces up to 55 lawsuits in more than 20 states across the US, according to Bloomberg … The first lawsuit linked to a vaping-related death was recently filed by the mother of a Florida teenager who claims that her son’s death was caused by years of e-cigarette use,” Sanford said.

“Many of these [JUUL] suits are being filed by parents or guardians of underage users who became addicted to their e-cig devices or suffered from health complications as a result of excessive nicotine exposure,” she said. “Other claims include injuries from defective or explosive e-cigarette batteries and convulsions or seizures brought on by nicotine poisoning.”

Utah lawmakers are fighting a similar battle — on Oct. 21, the Hinckley Institute held a forum with Utah Poison Control to discuss such issues and their effects on the U’s campus.

Over a year ago the U rolled out a new no-tobacco policy on campus, with the tagline, “No scare tactics, no grim statistics. Campus is simply tobacco free.” In an email interview with Robin Marcus, Chief Wellness Officer at the U, Marcus was asked if recent developments in EVALI would change the current tobacco rules. “No, the rule is not about punishing anyone, it is simply about health and promoting healthy behavior while on campus,” Marcus said. “We chose to include vaping in the original rule, so the rule does apply to vaping as well.”

When Marcus was asked about current enforcement, she said, “Enforcement of the rule is by education. If, after being educated that we are a 100% tobacco free campus, an individual chooses to continue to use tobacco on campus and refuses to quit doing so, there are other policies that are enforced. This is similar to any other disruptive behavior that people engage in if they do not comply with campus rules.”

“This rule came about at the request of the student body,” Marcus said. “The academic senate voted to support the rule.” With a national trend of increased vape usage, as well as national trends in EVALI and vape related lawsuits, Utah and the U are evaluating the actions that need to be taken for the greater good of public health.