Kenzie Koerber and her Road to Success 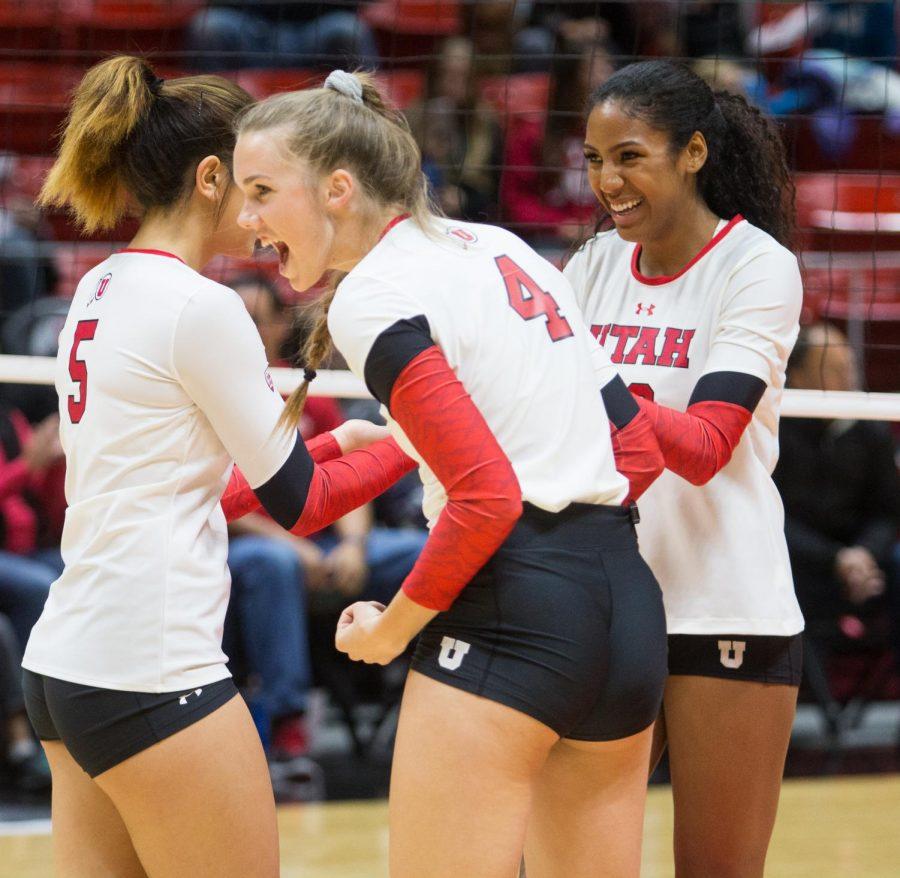 Kenzie Koerber, an outsider hitter for the University of Utah volleyball team, is in her junior season, and has been a force for the offense since she started here.

From Chino Hills, California, Koerber is the daughter of Kenneth and Denise. In her senior year, she was ranked No. 35 overall in California with a .350 hitting percentage, and lead her team to a 24-7 record and a 9-1 mark in Baseline league play. Following her senior campaign, she was named Baseline League MVP.

“Growing up, my dad was always with me and my mom was with my sister. Both my parents got really involved once I started playing volleyball,” Koerber said. “My dad has taught me a lot of life lessons and just how to be a good person.”

She played golf and soccer as well, and even thought soccer was the sport she would play forever, but she was too tall. Koerber is 6 feet 3 inches tall. Her parents decided to put her in volleyball instead, and actually hated playing her first year.

Volleyball star Karsta Lowe is Koerber’s hero because she is similar to her. “She’s a lefty who’s long and tall like me. I’ve always admired her even as a kid,” Koerber said.

“I’ve learned it takes everyone to get a win and to make a play,” Koerber said. “You can’t win a volleyball game with just one person.”

Koerber loves how much volleyball is a team sport, and enjoys not only cheering for herself, but cheering on her other teammates. She said that her teammates challenge her in the best way.

“My teammates have really helped me understand my game better and what I can do to reach my fullest potential,” Koerber said.

In her 2018 sophomore season, Koerber was given an AVCA All-American Honorable Mention, AVCA All-Pacific South Region Honorable Mention and Pac-12 All-Conference Honorable Mention. She ended the season with 264 kills and 108.0 blocks, had 12 double-digit kill matches and finished with at least five blocks in eight of the 20 Pac-12 matches. In the Pac-12 conference game at Washington State in 2018, she tabbed 15 kills and 18.5 points for both of her season highs.

A big motivator for Koerber is her parents because of how much money and time they have spent on her playing volleyball for the last six years. She came to college on a full ride scholarship. On days when she doesn’t feel motivated for herself, she does it for them.

“Once you get onto the floor and play against another team, it’s always exciting,” Koerber said. “I love cheering for my teammates and bringing a lot of energy. I like being that energy that the team needs.”

Being an emotional leader on the court is something Koerber finds as one of her greatest strengths. She brings so much energy to the game. She and her teammates notice a difference if she is silent or getting in her head during a match.

“I’m really hard on myself and I tend to focus on what I do wrong a lot instead of what I do right,” Koerber said. “I had a great game against USC offensively, but passing wasn’t my best and I focused more on that, so I need to know that it’s okay to have a game where you’re not perfect in everything.”

Over the summer, Koerber was able to travel to Japan with the U.S. Women’s Collegiate Team. So far in the 2019 season, Koerber has tallied 198 kills, where her highest was 19 in a match against Cal Poly. She has 157 digs and 57 blocks. During the weekend against USC and UCLA, she totaled 32 kills with a .467 hitting percentage and was named Pac-12 Offensive Player of the Week. This is the first time that Koerber has earned this honor.

In five years, Koerber hopes to be married and have a family. She aspires to be a sports broadcaster after she graduates. Her go-to song before a match is “Money in the Grave” by Drake.