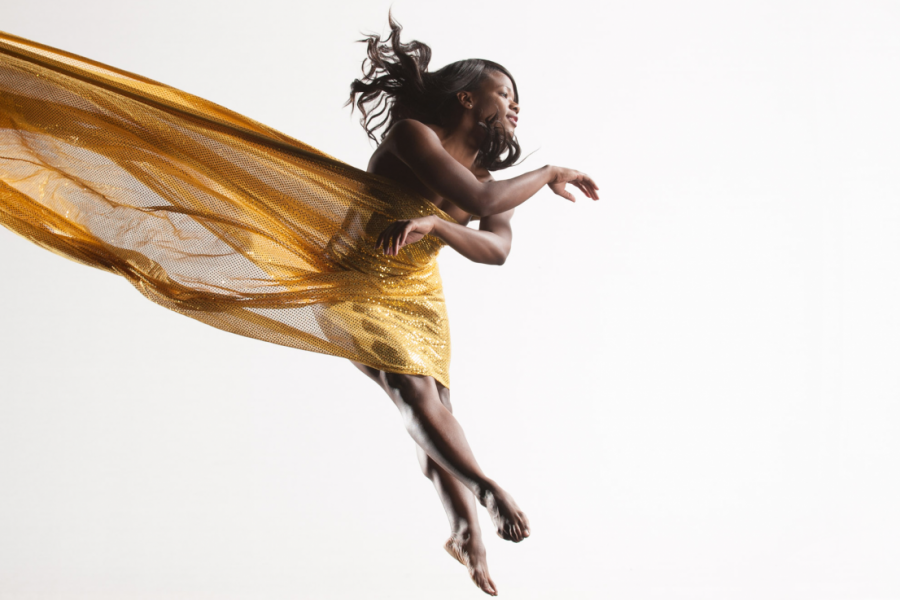 September quickly turned into a month of nostalgia for me. It’s always interesting to be able to turn back to old art — whether it’s music, tv or a good book — and relive the feelings you experienced when you first consumed it. For me, September consisted of reminiscing along with my favorite Drake album of all time, “Take Care.” Not only was this Drake’s (arguably) best album, but it’s one that marked an important time in my life. It was a trippy experience, to say the least, to recall all the old lyrics and remember what they meant to me. I suppose that’s the thing with art — it’s everlasting.

September didn’t bring much of anything hip and new into my life. However, one ongoing favorite of mine is the iconic game Dungeons and Dragons. I picked up D&D with a group of friends during my freshman year at the University of Utah and I’ve been hooked ever since. D&D is a roleplaying game where players use their imaginations and dice to explore some fantastical world. The game has historically been considered the peak of nerd culture, but recent years have seen an explosion of the game’s popularity, especially here in Salt Lake City. The stigma surrounding the game seems to have vanished and now all different types of people play D&D freely. I’d wager more than half of my college-aged friends now actively play D&D and more and more are picking up the game every day.

Throughout the month of September, I constantly found myself queuing up and playing Barns Courtney’s latest album, “404,” on repeat. After seeing him open for The Wombats over a year ago, I have fallen in love with his blend of grunge rock that coexists alongside gentle, melodic ballads. This album’s reflections on nostalgia and the difficulty of growing up are underscored through powerful vocals, punchy guitar rhythms and pop-punk influences. The track “You and I” is my favorite off of the album. This single was released just as I was about to embark on a London study abroad, and the opening lyrics, “Suitcase in your hand / Wave goodbye to mom and dad / Never thought I would see the back of you” seemed to depict the experiences I had over the summer, which took place in Courtney’s hometown.

Generally, I prefer to play independent computer games from individual creators rather than those produced by studios. Often, they’re more surreal and out of the box from mainstream releases. However, Australian game studio House House has recently released the wonderfully bizarre “Untitled Goose Game” this September to the delight of myself and audiences everywhere. The sandbox RPG follows the offbeat premise of a “horrible” goose, operated by the player, which plays pranks and causes havoc in a quaint English town. The game’s nonlinear play generously lends to its tone of free creativity and farce. One can experience the quirky, lighthearted fun of “Untitled Goose Game” on Windows,  macOS and Nintendo Switch.

During the month of September, I re-found my love for a particular YouTuber called Nightcore. The person remixes or redoes popular songs using altered pitches. The pitches are usually a higher tone, close to the chipmunk tune. However, it works for how they alter the songs. The songs are also changed to make them into a duet by altering voices to sound higher or deeper depending on the part. Visuals of the videos usually include a pleasant-looking picture of an anime character with some sort of special effects like rain and lyrics that come onto the screen in different ways.

The Netflix original “Dear White People” has a summary that reads “a campus culture war between blacks and whites at a predominantly white school comes to a head when the staff of a humor magazine stages an offensive Halloween party.”Though it is difficult to be a white person and write about a show that reminds us how we take over the mic way too often, this show has become a love and certifiable way to tank my grades. It always delivers a spectrum of perspectives in the characters; Sam, a film student, runs the radio show by the same name on campus, stirring up the true sentiments of people on campus. Occasionally veering towards more sitcom moments, it still embraces the personal and political, never shying away from the truth.

With NBC’s “The Good Place” returning for its fourth and final season, I’ve spent the month working my way through episodes of “The Good Place: The Podcast.” It’s hosted by Marc Evan Jackson, who plays the demonic Sean in the show. During the podcast he meets with actors, directors, writers, guest stars, technicians and anyone tangentially involved in this comedic masterpiece of a sitcom. The episode “Chapter 31” with writer Megan Amram and actor D’arcy Carden left me in stitches, as they “shoot the shirt” about the show. The show reminded me how many people are involved in creating any form of art. It also got me excited for the beginning of the show’s end. (The first couple of new episodes are out now!)

My September favorite is James Gray’s film “Ad Astra” — a stunning exploration of space, humanity and one’s self. It takes the viewer on a journey into space and deeper into ideals about father and son relationships along with the struggles of masculinity and harms of emotional repression. For two hours, I was engrossed in Roy McBride’s (Brad Pitt) character arc from a man who is isolated and cold to one that is active, attentive and engaged in his life. I found it refreshing to watch his evolution and breaking of toxic masculine norms. “Ad Astra” is a film that pushes the boundaries of the sci-fi genre through stellar cinematography, original narratives and intimate themes.

My favorite arts-related activity in September was a Pink Floyd laser show at the Clark Planetarium. On Fridays and Saturdays, they do laser shows to various Pink Floyd albums and they rotate the albums used for the laser score monthly. The tickets are only $10 and the show lasts as long as the album does. Aside from being in an impressive dome theater, the real highlight of this experience is the lasers shooting 20 feet above your head. They may be dangerous, yes, but they put on a good show. Even if you have never listened to these bands, it’s a good way to get acquainted with new music in a unique way. The experience is heightened, something that you wouldn’t experience listening to a new album at home or in the car.

This last month, I have been loving the Youtube docu-series “The Beautiful World of Jeffree Star.” It’s a series Shane Dawson is filming surrounding the cosmetic industry and it shows the ins and outs of the beauty world. I’m not someone who is huge on makeup or watches much YouTube, but the trailer looked interesting, so I started it a couple of weeks ago and I’ve been hooked since. Each episode goes over what it’s like to create a makeup brand. New episodes come out every Friday and are about 50 minutes long each. It shows what a large industry makeup actually is and what a lot of people don’t talk about when it comes to the beauty world. It’s not only insightful, but funny too.

My favorite arts for the month of September is the classes being offered at the Rose Wagner Center downtown through Repertory Dance Theatre. With the cold weather upon us, exercising outside is getting much harder. The cold wind, damp air and dark mornings make it difficult to find motivation, but RDT’s dance center classes at the Rose Wagner are the saving grace for this season. Classes in jazz, hip-hop, African dance, modern, ballet, flamenco and so many more are offered at multiple times Monday through Saturday. Students can attend a class for only $7.00 per class. The instructors are all professionals in their fields and will create a wonderful dance experience for you, no matter what level you are in dance.