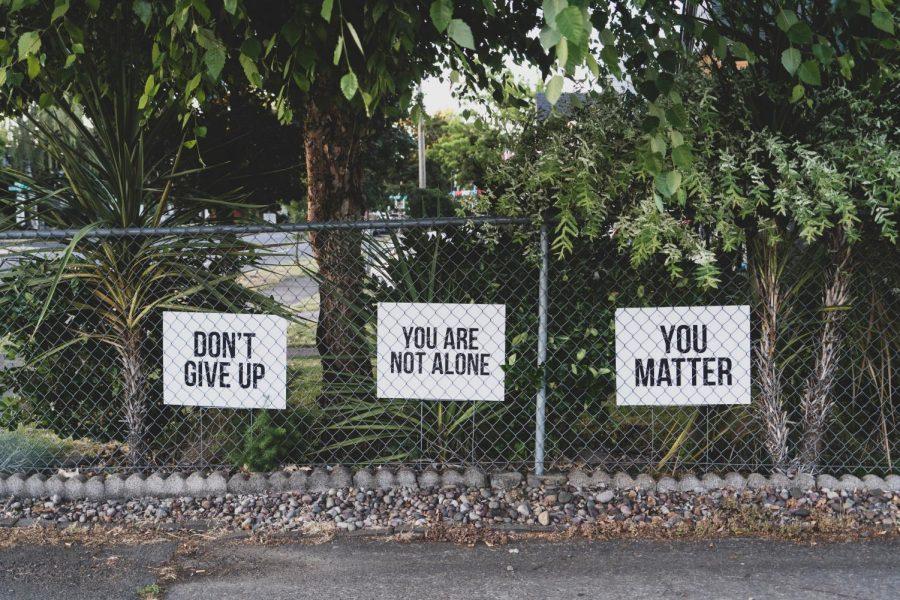 (Courtesy of Dan Meyers on Unsplash)

Earlier this month, we celebrated World Mental Health Day, and the World Health Organization placed a special emphasis on suicide prevention. Suicide prevention is an alarmingly pertinent topic in Utah. The state’s suicide mortality rate is consistently higher than the national average, and suicide is the leading cause of death among Utahns ages 10 to 24.

These deaths are almost always preventable, which can be viewed as either encouraging or tragic. Thankfully, there are countless organizations across the nation dedicated to preventing suicides – and there are approaches that Utah can adopt here at home. This summer, Florida approved a mandate that will require schools to provide five hours of mental health instruction to public school students from 6th through 12th grade. This mandate comes 18 months after the Parkland shooting and three months after the second student suicide to follow it. Utah’s devastating track record of adolescent suicide and mental illness is reason enough for us to follow suit.

It’s no secret that rates of anxiety, depression and suicide among teenagers and young adults have skyrocketed in recent decades. Between 2007 and 2017, the number of American teens who recently experienced depression grew by 59%, with one in five girls reporting at least one significant depressive episode in the last year. Utah’s statistics are even more shocking – in 2017, nearly 10 percent of Utah teens attempted suicide one or more times.

There’s some debate about the causes behind those numbers – many researchers link the problem to smartphones, social media and insufficient sleep. Utah’s problem is frequently traced to high elevation or the state’s religious attitudes toward LGBTQ people, but regardless of the cause, the effects are broad and far-reaching. In fact, mental illness is as much an educational problem as it is a health and safety issue. Teenagers with severe depression are two times as likely to drop out of high school than their healthier classmates.

It’s fitting, then, that schools should be a part of the solution as much as healthcare and technology industries. Because mental health is a complicated and far-reaching topic, the Florida mandate will allow school districts to determine more specific topics – like substance abuse and cyberbullying – for students coursework. By considering a similar mandate or even district-level curriculum and policy, Utah schools might open the door for courses on eating disorders, ADHD or child abuse prevention and response.

There are other education-focused changes with the potential to alleviate Utah’s mental health crisis. Earlier this year, the state legislature passed HB373, providing increased funding for mental health support in schools. This allowed school districts across the state to add counselors and psychologists to their staffs. Many of these additions were to elementary schools. In an interview with KUTV, Salt Lake City School District counselor Becky Huff said that schools “are seeing a great increase in mental health [problems] both in intensity, frequency and duration, and at much younger ages.” Working with younger students allows these professionals to prevent more serious issues they often see in high schoolers.

In tandem with these changes, mental health instruction in middle and high schools can serve as initial preventative measures for struggling students. It can help to destigmatize and demystify mental illness for teenagers, helping them articulate and respond to these problems when they experience them or recognize them in others. With Utah’s tragically high rates of adolescent suicide, a mandate like Florida’s could make a significant difference in the lives of its teenagers and their loved ones.

It is important to note that protecting Utah’s children and teenagers from the risks associated with mental illness requires far more than mental health instruction alone. Mental health policy is no replacement for gun control, no matter how helpful the program is. The Bloomberg School of Public Health cites guns as a dangerous risk for those with suicidal ideation, noting that “while firearms are used in less than 10 percent of all suicide attempts, they account for more than half of all suicide deaths.” Guns in the home, even with adult owners who have clean records and strong mental health, can put children with depression or other mental health concerns at risk. When considering gun laws, Utah should take teen suicide rates well into account.

If you or someone you know is at risk for suicide or experiencing suicidal thoughts, there are resources to help. You can reach the National Suicide Prevention Lifeline at 1-800-273-8255, or download the SafeUT app to chat with crisis counselors or refer someone else to the resources they need.