Artist of the Week: Michael Wall 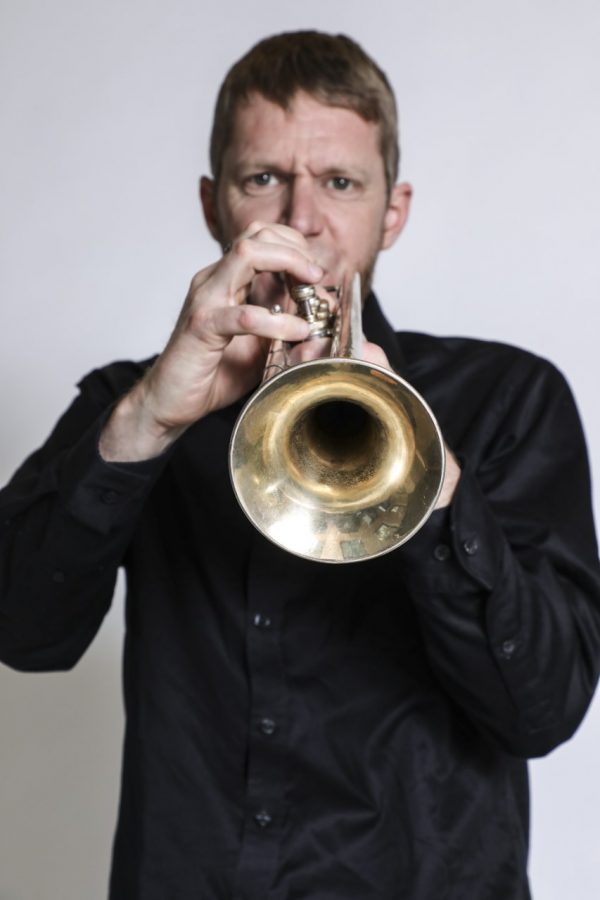 Upon speaking to Michael Wall, you are instantly made aware of two things: he loves his family and he knows more about music than most will learn in a lifetime. For some, music is nothing more than something used to fill the silence on the drive to work, or maybe a playlist we use when we’re alone and wanting to drown out our thoughts. For musician and composer Michael Wall, however, it’s a career and something that continues to constantly shape how he views life. Currently working as the program head of modern dance here at the University of Utah, Wall is appreciative of the creative practice at the School of Dance and the opportunity it provides to him to grow in the field.

Creative growth is nothing new to Wall. In fact, it has inspired him throughout his career. With previous work at Rutgers University, Ohio State University, Princeton and NYU, the U may seem like an outlier among the rest. Wall, however, saw the move as the best of both worlds, a place where his son can grow up around family and where he has the mountains as a constant source of inspiration in his work. Not many artists and musicians are praised for their balance of personal life and career. Wall shatters that stereotype by making it clear that his family is the main priority in his life with music being a close second. When asked what he had aspired to be when he was younger, Wall replied, “A musician and composer, a father and a husband with a couple of dogs. Exactly what I am now.”

For someone who has numerous career-defining achievements under his belt, Wall doesn’t measure his life by thinking of all the great things he’s achieved and what great things he has yet to accomplish. He’s grateful for what he has done and has hopes for future accomplishments, but he knows that measuring his life by way of greatest achievements is ultimately damaging to his psyche and has been the reason for anxiety in the past.

“I try to live each day to the best of my ability and help the people around me as much as possible. In a way, doing just that is a really great achievement,” Wall said. “The goal, for me as an artist, has always been to keep my family life stable while still developing my career creatively.”

Wall’s avid belief in the digital distribution of music is yet another attribute that sets him apart from many musicians. He sees digital distribution as a way for independent musicians to forge their own path without a dependency on other people, producers or record companies. It’s a way for artists to record what they want and stick to their own personal visions. Wall strives to serve his fans without having to stray from who he is as a creative individual and, ultimately, as an artist. It’s this thought that fuels his most recent project soundFORmovement.com, a main public platform of all of Wall’s music. “The project has almost 50 albums of music with no end in sight. One aspect of the project is to make a track of music in every BPM from 20-200 in 3, 4, 5, 6 and 7 — the most-used time signatures in dance,” Wall said.

Success can often be seen by people as a singular journey. The spread of knowledge can be a scary thing because so many people see the advancements and successes of others in life as roadblocks or hindrances to their own. People choose not to lend a hand or teach others who could benefit from what they know, and they instead focus on themselves and their own individual growth. Wall wholeheartedly disagrees with that logic and avidly chooses to share what he’s learned throughout the years with anyone willing to listen. He remains grateful to teachers and educators he had early on in life and sees educating others as a means for universal benefits.

“If I can help artists grow, I truly believe that the art community as a whole will move forward. I don’t believe that keeping knowledge inaccessible to people helps the overall good,” Wall said. “The more we help, support, care for and teach the people around us, the better all of our lives can be.”

Collaboration and the Simple Things

Wall is a collaborator at heart, even expressing that he’d appreciate the opportunity to work musically with other departments at the U, such as the departments of chemistry, history or engineering. While a musical collaboration involving the chemistry department may seem out of the norm, Wall is the man for the job. It takes a certain type of person to be able to work with others and embrace evident differences in order to create something meaningful. It’s all nothing new to Wall, whose experience in working with filmmakers, choreographers and dancers has led him around the world.

At the end of the day, Wall is a musician with a talent for composing, teaching, inspiring others and embracing his creativity. In his work life, he specializes in creating music for dance, film and ultimately anything with movement and a story. He’s well-traveled and has worked with the likes of the Pearson/Widrig Dance Theater and Bebe Miller. Yet at the root of it all, it’s the simple things that are his favorites. He explains how he loves exploring sound with a modular synthesizer and compares it to “spelunking into a deep cavern of unexplored sound.” He appreciates the feel of music, the basics that can be often overlooked.

When asked for his favorite thing about music, Wall said, “Practicing piano.” He continued, “I love the solitude and the physical feedback that comes through my fingers while running scales.”

Wall gives new meaning to what an artist is. He balances his ambitious nature and creative energy with teaching and inspiring a new generation of musicians. He enjoys games of ping pong and walking his dog in his downtime. He inspires others to learn and create as much as they can. He also serves as an example for many to realize what’s important in life and to remember how great the simple things are.